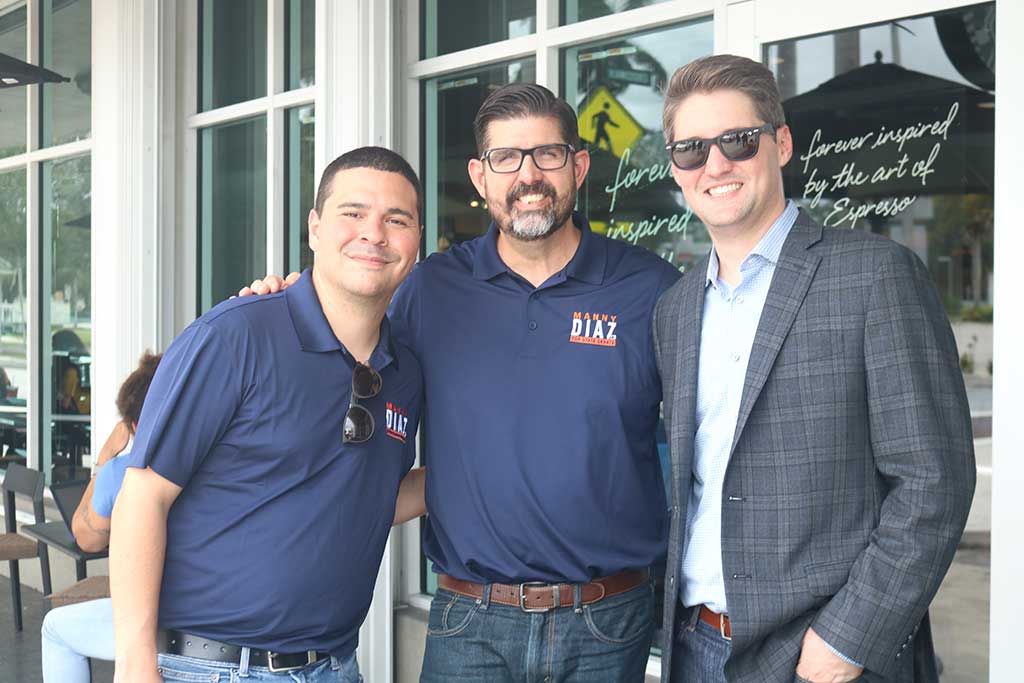 In an interview with Univision 23, Florida State Senator, Manny Diaz, Jr. addressed the concerns the new Express Lanes along the Palmetto has created a traffic disaster along the Hialeah portion of the 826 expressway.

If you’re not familiar with the new Palmetto Express Lanes and its impact on traffic, click here to read details on how the Express Lanes have created a dramatic bottleneck of traffic, especially within the Hialeah portion of the Palmetto. 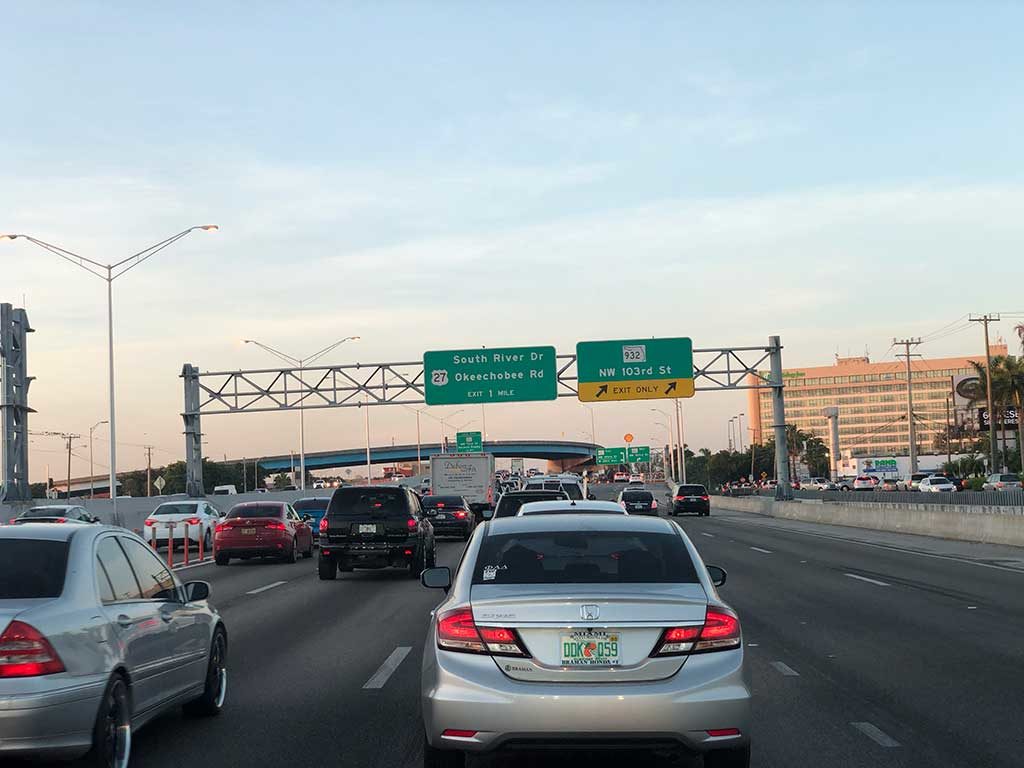 In the Spanish language interview, Senator Diaz agrees that the project has created more traffic than what it has alleviated.  As the Senator explains, the project was approved in 2011, well before he was part of the Senate. 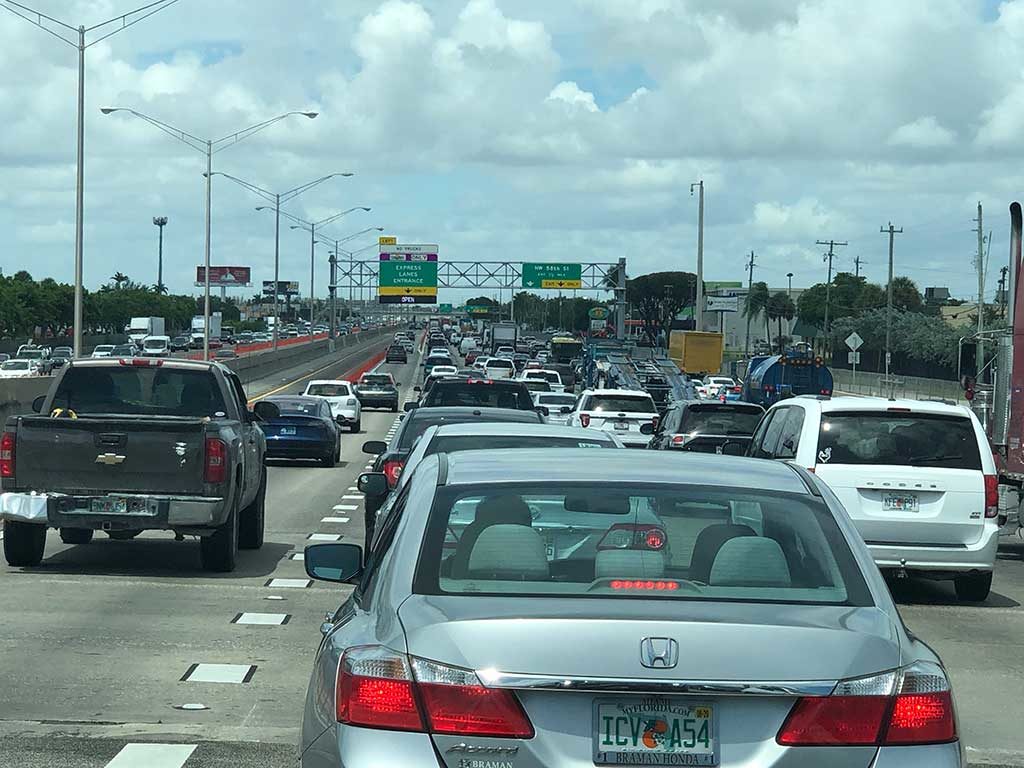 Nevertheless, he wants to see changes immediately (within the month).  Some of the proposed changes brought up in the interview included reducing some of the express lanes from 2 lanes to just one freeing up some of the manufactured bottlenecks.  Other possible changes include adding entrances and exits to the express lanes to give Hialeah commuters more options to escape the bottlenecks.

We applaud Senator Diaz’ efforts to work with the FDOT to seek immediate relief for Hialeah commuters.

Click the link below to watch the full Univision Spanish language interview below:

Here’s an example that highlights the problem.  The image below shows the Palmetto Expressway northbound approaching NW 36th street.  As you can see, there’s only one express lane and plenty of open “free” lanes and traffic is flowing.  However, you’ll notice the unique lane lines on the leftmost “free” lane indicating that lane is an entrance to the Express Lanes ahead. 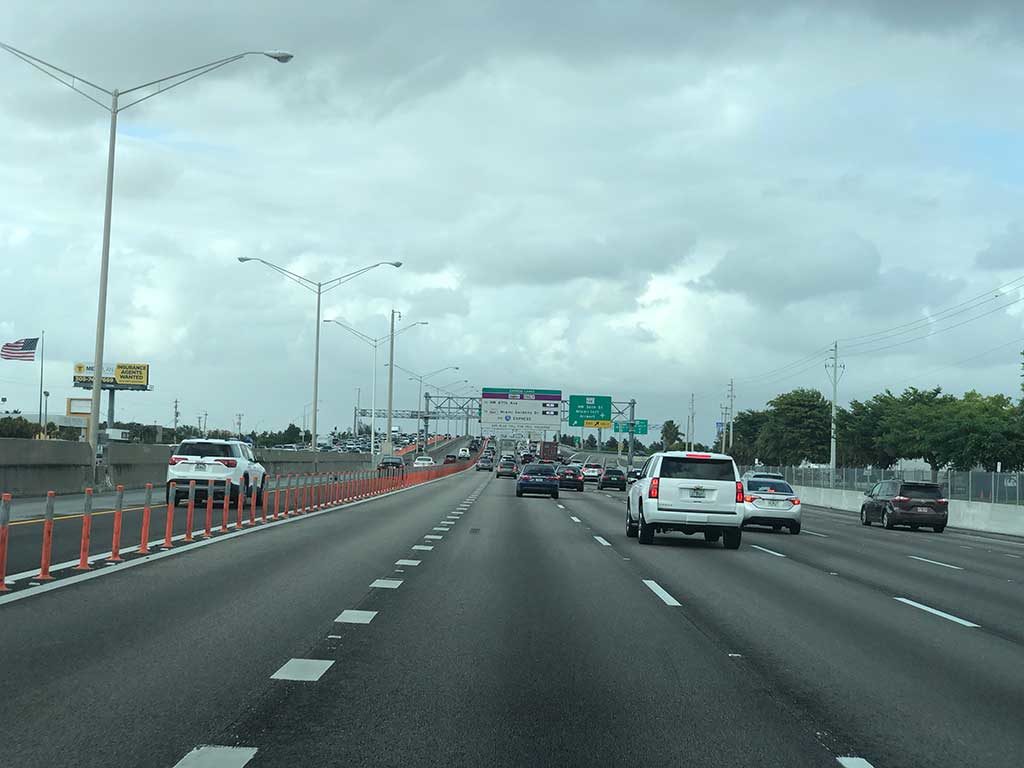 In the image below, as we get closer to NW 36th street, you can see cars are starting to bunch up due to the bottleneck.  What’s the bottleneck?  Well, it’s the reduction of lanes.  So, all the traffic heading northbound now needs to merge onto the few remaining “free lanes.”  Furthermore, the express lanes are only good if you want to take I-75 or need to continue on the Palmetto toward NW 67th avenue or beyond.  However, if you need to go to Medley, Doral, Hialeah, or parts of Miami-Lakes, you have no choice but to take the “free lanes” since there’s no convenient exit for those commuters. 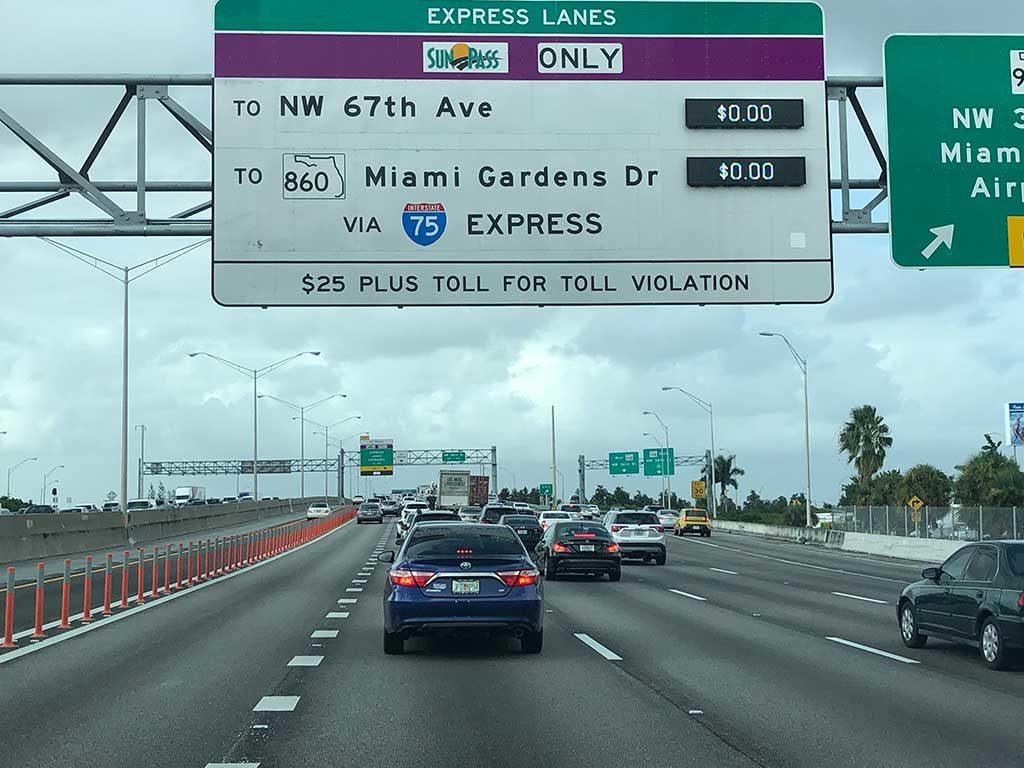 In the image below, you see a stream of cars on the entrance lane (the leftmost freelane) to the express lanes.  But all those cars are NOT getting on the express lane.  Simply, they are trying to get further ahead to then change lanes into the free lanes causing more of the back up. 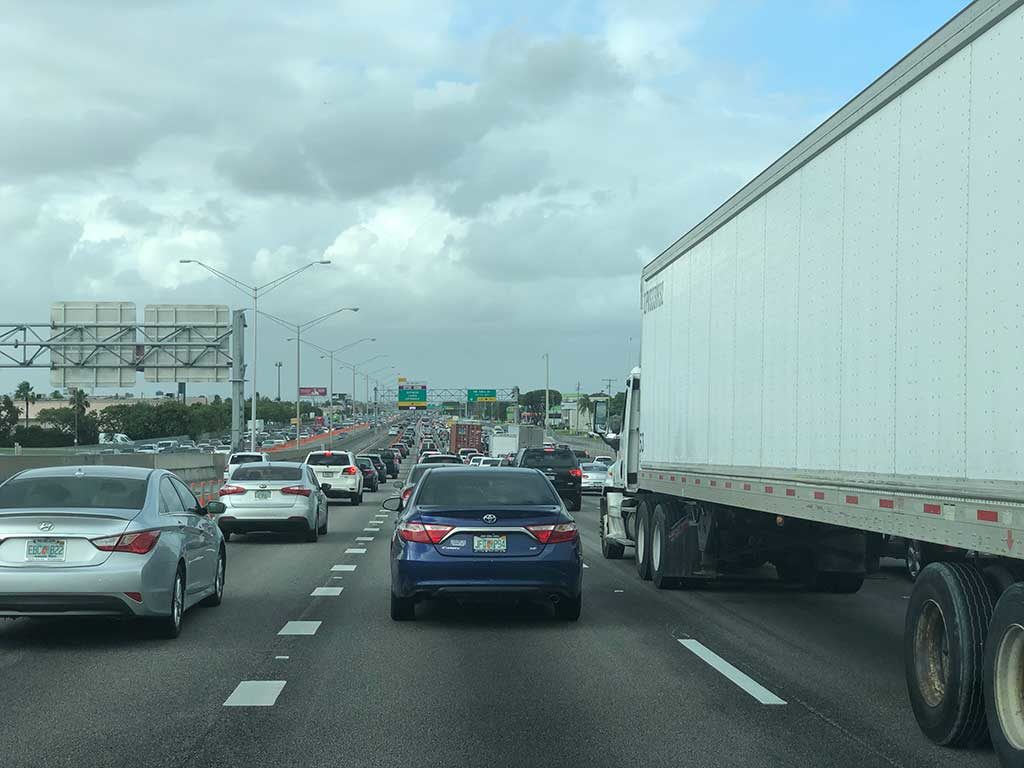 In the image below, you can see the empty express lanes and the backed up “free lanes.”  Sure, the express lanes are great for anyone who wants to bypass Hialeah, but you’re disadvantaged if you work, live, go to school, or otherwise need to go to Hialeah. 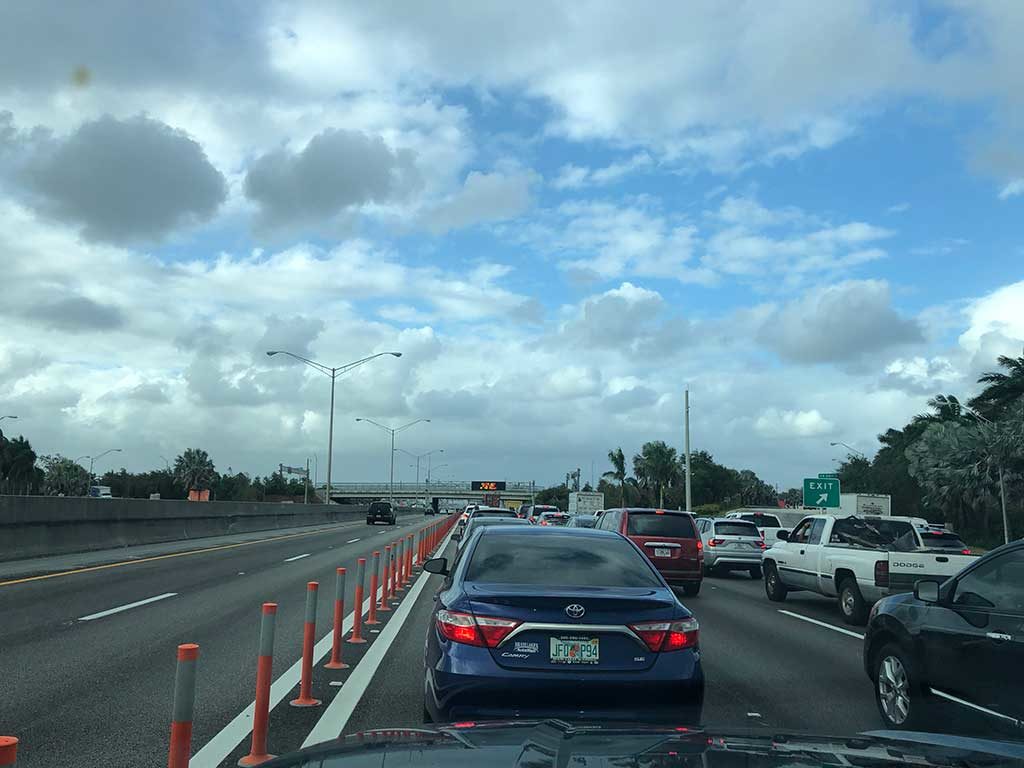 You could see why we like the idea of limited the express lane to just one lane so that the traffic can actually move more efficiently.  What we have today is an utter mess.

What’s worse is that it’s a bureaucratic mess.  it’s not a legislative mess.  This is the Florida Department of Transportation, a faceless organization that is not held accountable by Miami-Dade voters.  But Miami-Dade drivers are stuck with the problems created by this faceless bureaucracy.

So, what can you do?

Contact representatives who are on your side in an attempt to fix this.  As you can see, Senator Diaz wants to see the FDOT make changes to relieve traffic “immediately.”

We also bring up Florida Representative Bryan Avlia who has expressed to us his interest to obliterate the express lanes on the Palmetto altogether. 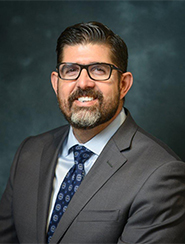