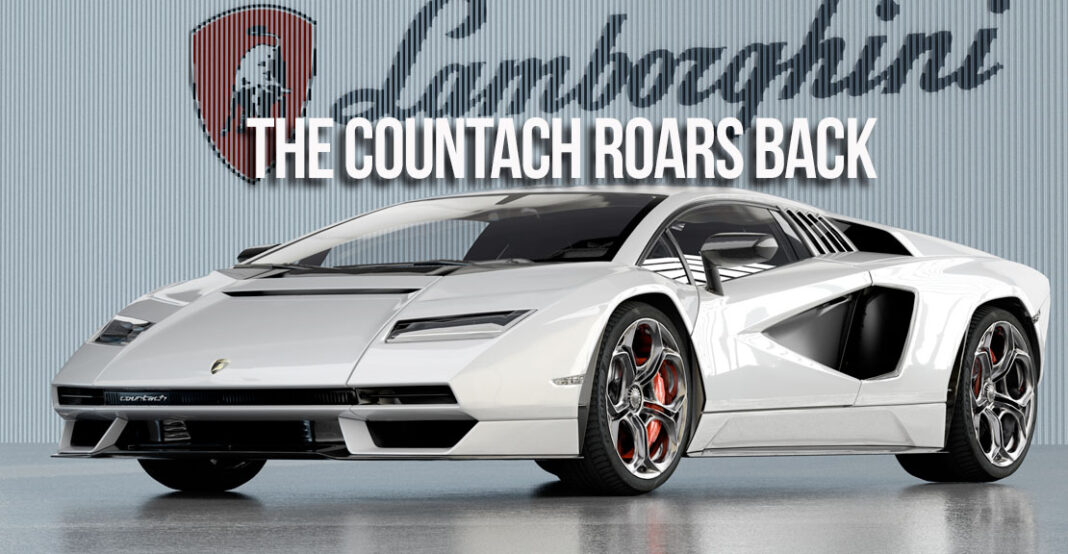 Thankfully, the Lamborghini Countach never wants to grow old. With the unmistakable lines of its design, this legendary model is still today the foremost inspiration for a generation of designers. 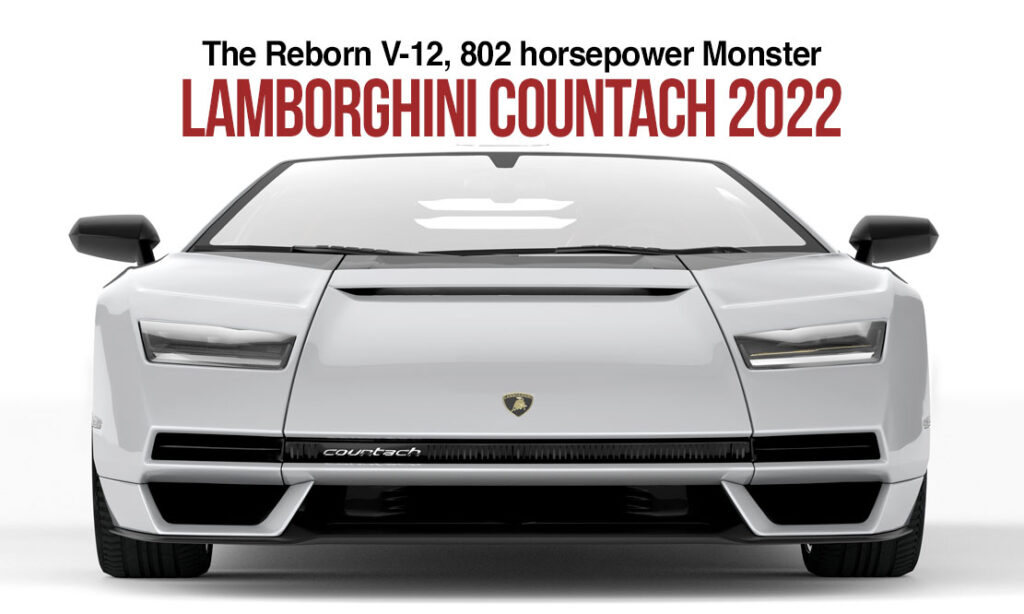 The streets of Miami have seen their share of exotic supercars, and right up there with the most iconic, has to be the Lamborghini Countach. The Grove crawled with them in the late 70s into the early 80s — the Countach was just ultimately cool — and hands down, the sexiest car of its day. Totally.

Now, the world’s most famous — and still the sexiest — supercar is reborn. Fifty years after the 1970s original, Lamborghini’s Countach LPI 800-4 announces its arrival with a growling 800-HP naturally aspirated 6.5-liter, V-12 engine. The Countach LPI 800-4 features a small electric motor powered by a supercapacitor that teams with a fire-breathing, mid-mounted V-12 will help it achieve a neck-snapping  zero-to-62 mph in 2.8 seconds and a 221-mph top speed.

It’s an awesome machine that delivers spellbinding performance — with the $2.64 million pricetag. 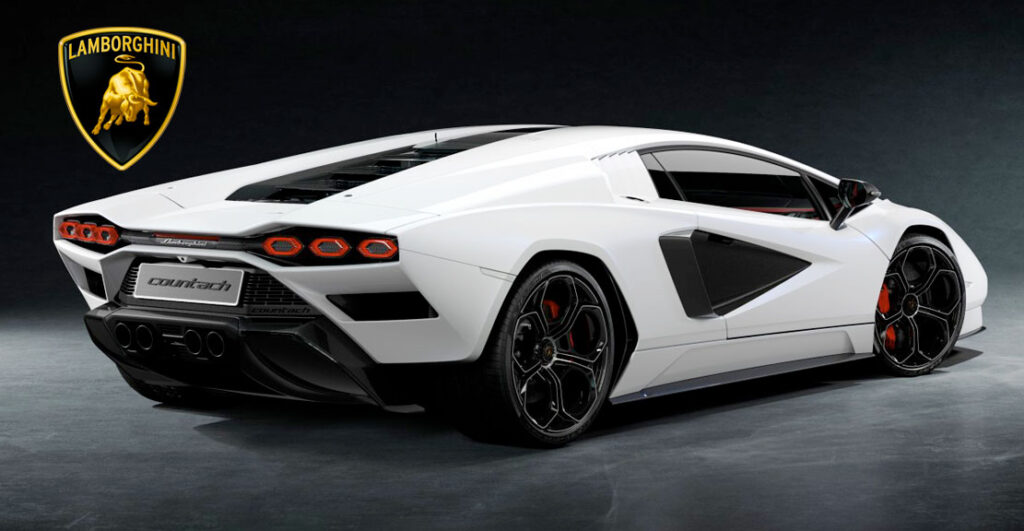 The exceptional combination of the Lamborghini Dynamic and Rear-wheel Steering systems enables the Countach LPI 800–4 to stick to the road — it delivers top-level, dynamic performance with greater agility at low speeds and optimum stability and control at higher speeds.

The super-futuristic concept of leading design director Gandini of Carrozzeria Bertone. It was thanks to Gandini that the Countach possessed clean and futuristic designs and it was Gandini’s idea to bless the prototype and subsequent V12 models with the iconic scissor doors that became a Lamborghini trademark. 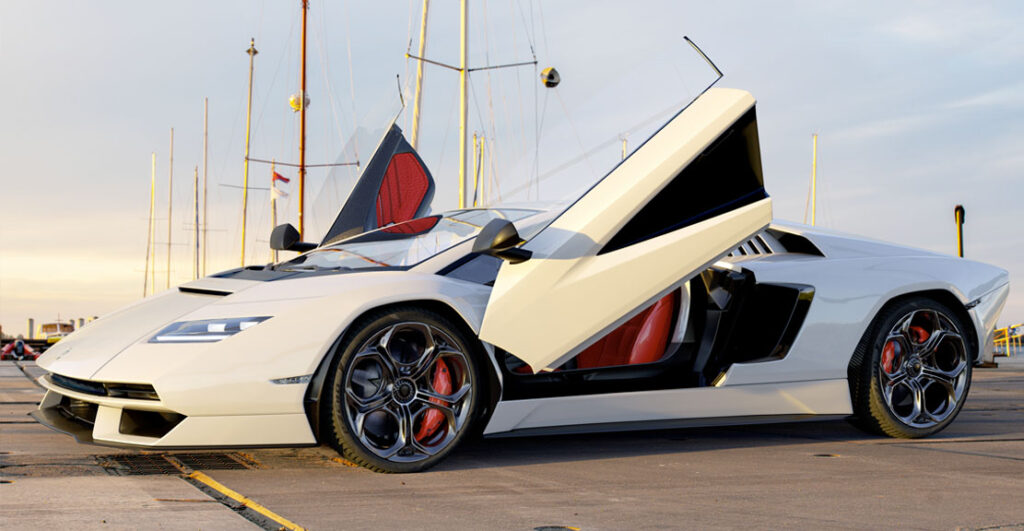 The 2022 Countach includes a re-imagined cockpit, with almost superhero comic dashboard screens. With sensous, retro-modern design, standard hybrid technology. The real story is the looks. Though the Countach’s Aventador underpinnings are clear, designers molded the car in homage to the original. Gone are all the extra angles and pointy edges, replaced by smoother, simpler lines that reflect the elegance of the Seventies icon we all know and love. Sadly, the pop-up headlights weren’t revived, but the squared-off lamps and uncluttered nose are fine inclusions. Out back you’ll find a triple hexagon taillight setup surrounded by an outline taken straight off the original car. The quad-exhaust setup is similar to the original Countach’s as well, and like those early “Periscopio” cars, there’s no fixed wing to be found. 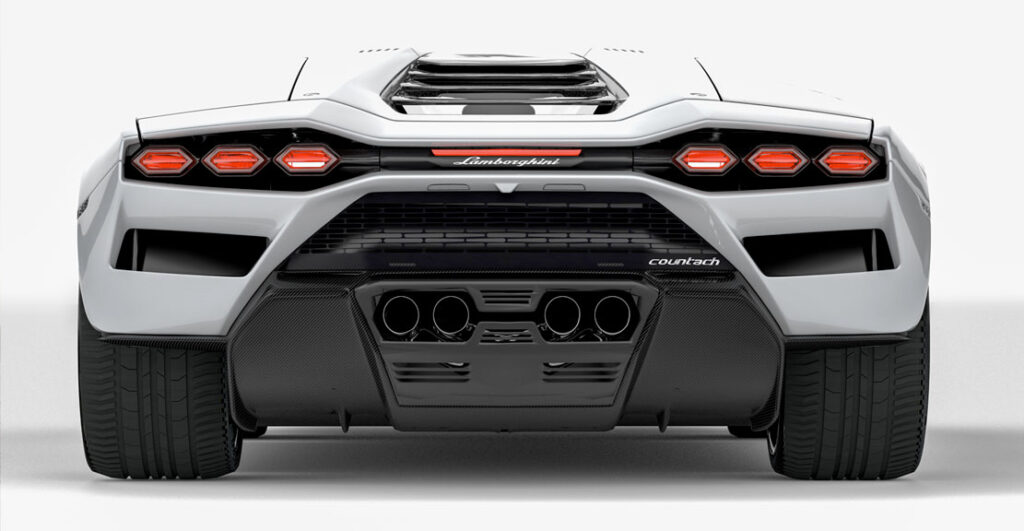 Lamborghini Countach for 2022. Just 112 will be built and all are spoken for.

A bit of history

The Countach launched Lamborghini into the supercar stratosphere — amid the best sports cars manufacturers of the 1970s. The Countach project was unveiled on March 11, 1971 at the Geneva Motor Show and took off. 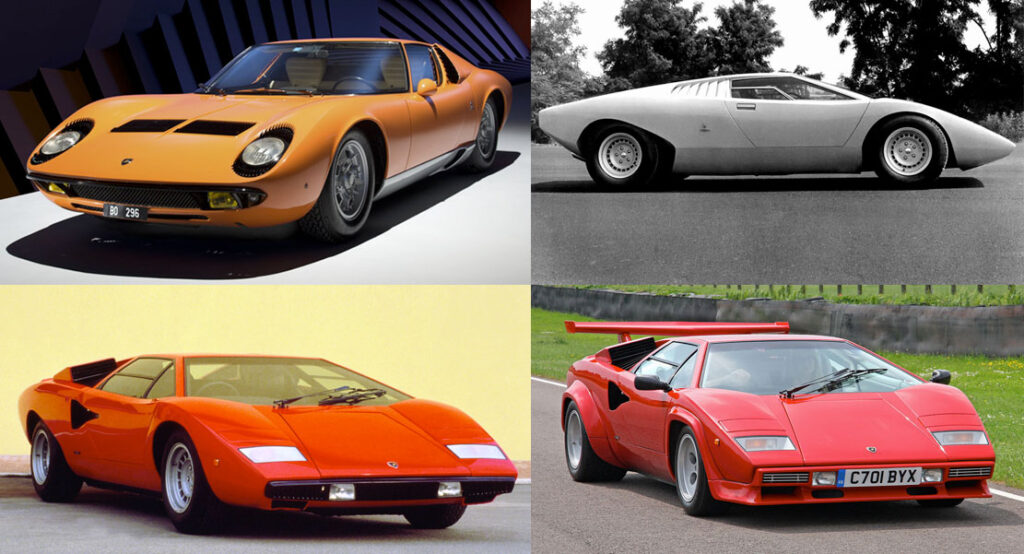 “There are works of art that always remain contemporary, and the shape of the Countach is one of them.” According to Mitja Borkert, Head of Design of Lamborghini, who added, “Its design is made of perfect proportions, characterized by a very pure and essential style. Its distinguishing trait is given by a single longitudinal line that visually connects its front with its rear. From the stylistic viewpoint, it is a perfect inspiration, because even if we modify the rest, it takes form as an element of visual continuity between past and present. It is the summa of the DNA of all of Lamborghini’s design, the tradition of the stylistic language from the origins up until present day.” 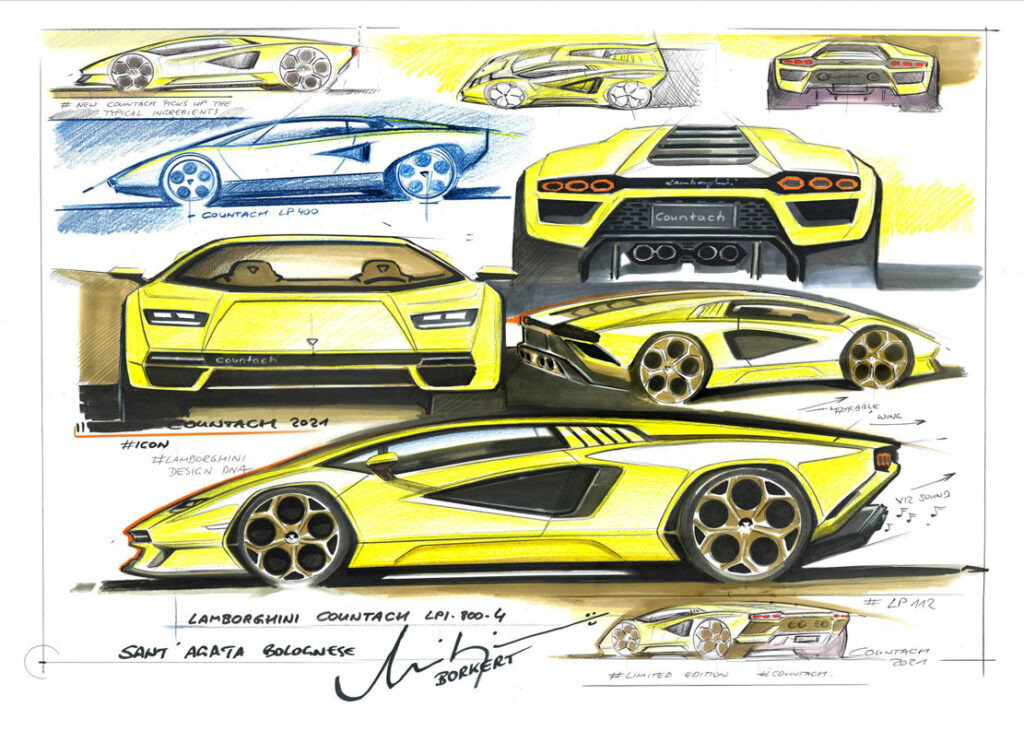 The earliest 1974 models, known as “Periscopio” for their unique periscope-style rear-view mirror setup, are the purest from a styling standpoint, without the cacophony of scoops, vents, wings, and flares that would come to epitomize the later cars. A Bizzarrini-designed 3.9-liter V-12 engine produced roughly 375 hp in a relatively light tubular space frame chassis designed by Paolo Stanzani. The frame was covered by striking wedge-shaped bodywork with futuristic scissor doors as styled by Marcello Gandini while at Bertone.

In 1978, the Countach LP400 S was introduced. Here we begin to see the styling take on extra flash with wider fender flares, wheels, and tires, and the introduction of the Countach’s iconic and gargantuan V-shaped rear wing. Engine capacity was increased in 1982 to 4.8 liters, resulting in another name change to Countach LP5000 S.

For 1985, the Countach LP5000 QV was introduced, QV standing for “quattrovalvole,” or four-valve in Italian. True to its name, the now-5.2-liter V-12 was given a four-valves-per-cylinder head for increased efficiency, as well as another bump in output to 455 horsepower when equipped with six downdraft Weber carburetors (leading to these being commonly known as “Downdraft” cars), or 415 horsepower with the Bosch fuel injection U.S.-market cars received to meet Federal emissions standards. American-spec cars also got larger, heavier impact bumpers than their European counterparts. Arriving in 1988, the 25th Anniversary Edition Countach received an even more outrageous restyle by Horacio Pagani, who would go on to form his very own supercar company some years later. With an excess of dramatic styling strakes over gaping ducts and airfoils, the 25th Anniversary Edition Countach was often seen as a tribute to 1980s excess as well as a caricature of the earliest Periscopio models. The Countach was finally discontinued to make way for the Diablo in 1990.

The Lamborghini Countach was one of the last models to be built under the control of eponymous brand founder Ferruccio Lamborghini, in an effort to improve upon the comfort, eye appeal, and performance of the revolutionary Miura. In 1970, Project LP112 was the code name given to what would ultimately become the Countach, the final name chosen after a styling assistant uttered the Piedmontese term “contacc!”—an excited term of awe—upon seeing the final concept slated to debut at Geneva in 1971.