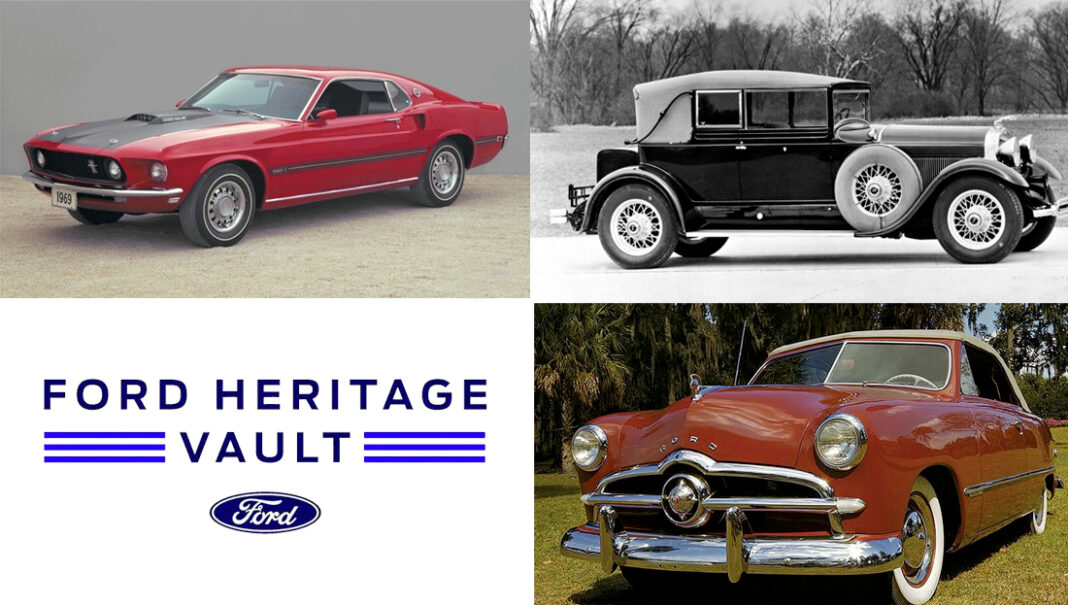 An enormous project — and we’re thankful that Ford put this material online, because it’s not only a fascination look at the 100 years history of the Ford Motor Company, but it provides an insight into the growth of American Century.

The project is complete — now more than 5,000 curated Ford images, Lincoln photographs and product brochures from the first century of the company’s history available to the public online for the first time – and will continue to grow the site as new items are added.

It is a fully searchable collection – at https://fordheritagevault.com – and it spans Ford’s production history from the company’s founding in 1903 to its centennial in 2003! All of the historical assets are available to Ford enthusiasts as free downloads for personal use from the American-based auto industry’s most comprehensive online database. 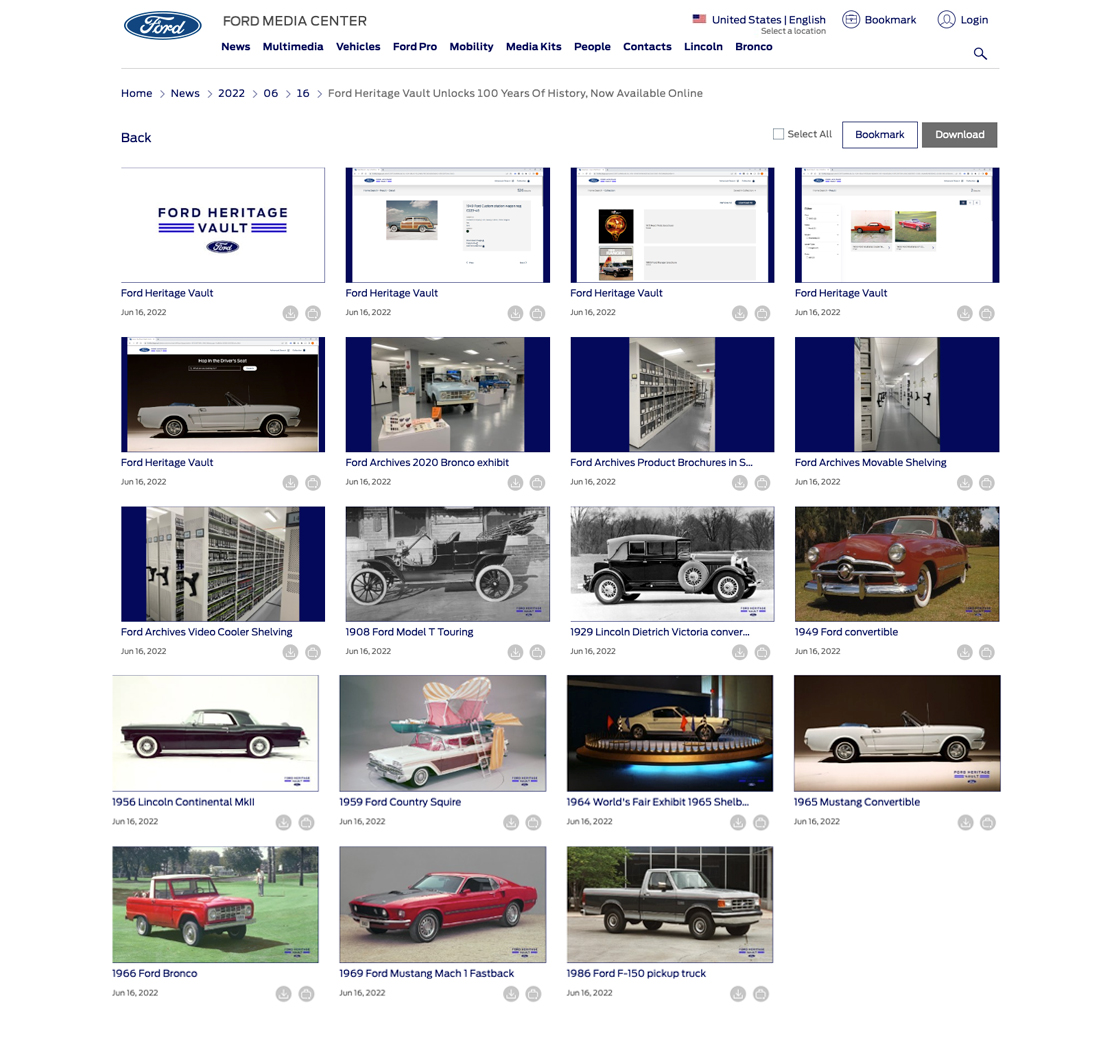 Images and Brochures for Mercurys, Mustangs and Merkurs

On its 119th anniversary, Ford Motor Company is making a century of its archival material available to the public through a new online database called the Ford Heritage Vault.

Ford created the Heritage Vault (https://fordheritagevault.com) for fans, journalists and car enthusiasts, making it easy to discover the company’s rich heritage from anywhere in the world. The searchable artifacts are downloadable for personal use, free of charge, for the first time as part of the American auto industry’s most comprehensive online database. 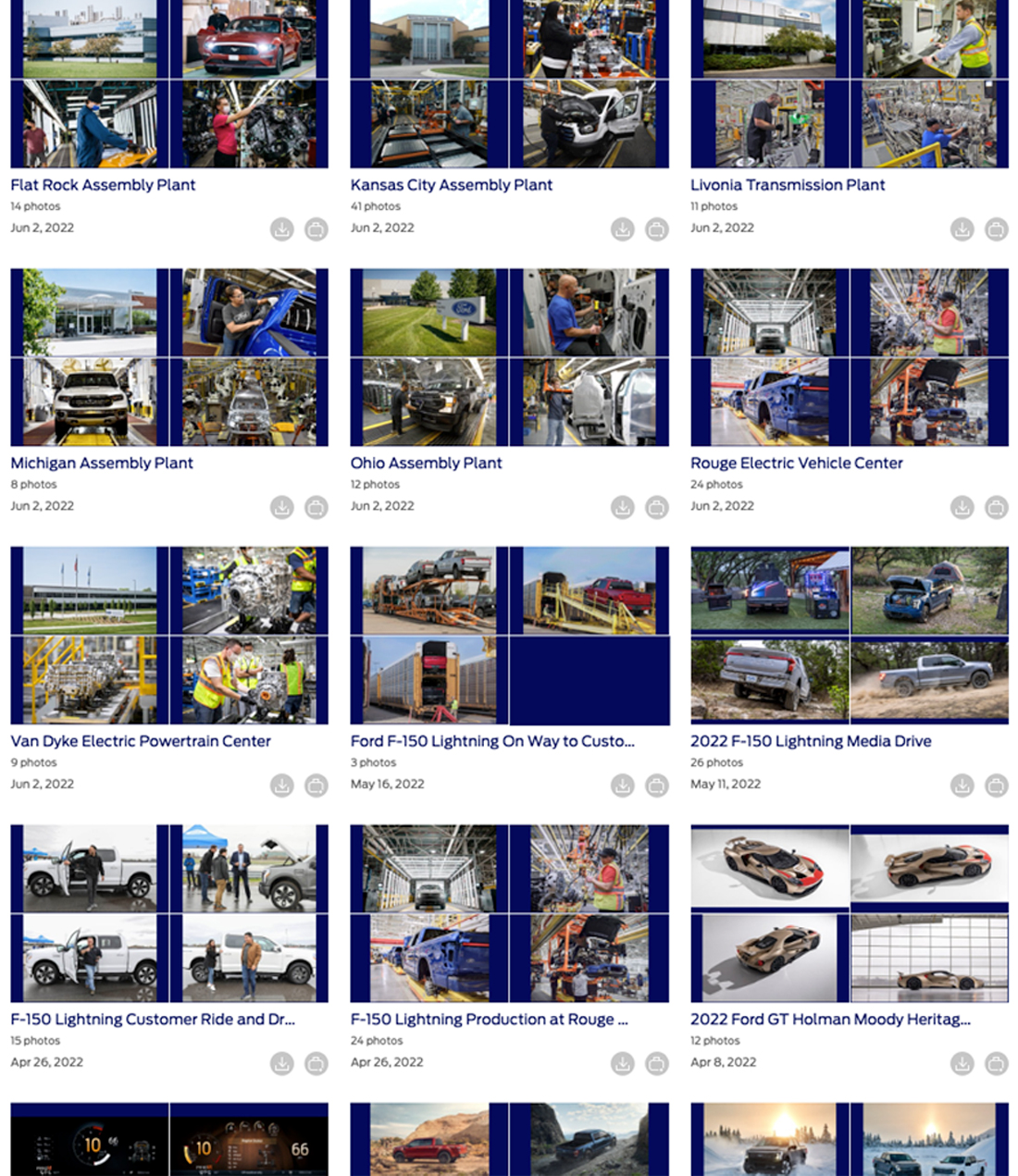 The Ford Heritage Vault contains more than 5,000 curated photographs and product brochures from Ford and Lincoln vehicles, spanning from the company’s founding in 1903 to its centennial in 2003. Ford will grow the Heritage Vault over time, drawing from its archives.

An Astounding Collection of Ford History, Now Open to All!

“We’re opening up in a way we’ve never done before,” said Ted Ryan, Ford archive and heritage brand manager. “Our archives were established 70 years ago, and for the first time, we’re opening the vault for the public to see. This is just a first step for all that will come in the future.” 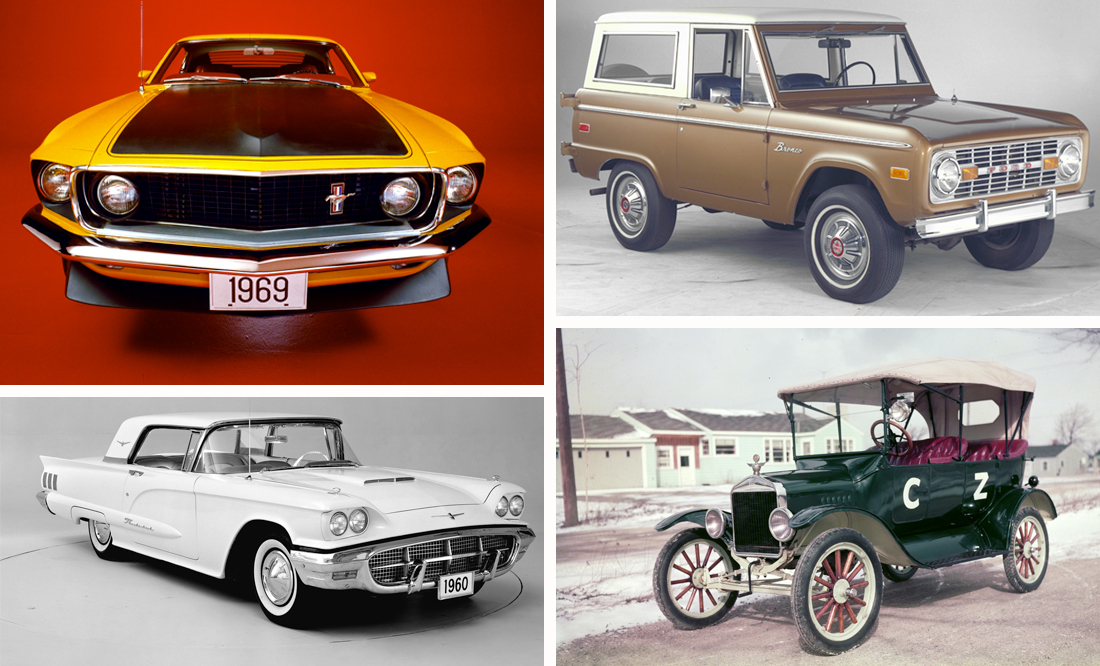 The materials available in the online collection today were carefully curated over the past two years by Ford’s archives team. Many of the high-resolution images showcase the design and functionality of Ford and Lincoln vehicles. Others are memorable images that bring Ford’s heritage to life for fans and car enthusiasts, while also educating newcomers to the Blue Oval.

One set of brochures serves as a time capsule for the 1970s and ’80s. The series was created to market specific vehicle design packages to younger consumers and shows beach outings, racing and skydiving, accentuated with vivid oranges, browns and yellows.

“Complementing all of the vehicle photos available in the Ford Heritage Vault, brochures like these add so much more information and impact for people who want to learn about our products, heritage and accessories,” said Ciera Casteel, processing archivist, who prepared materials for the Heritage Vault. 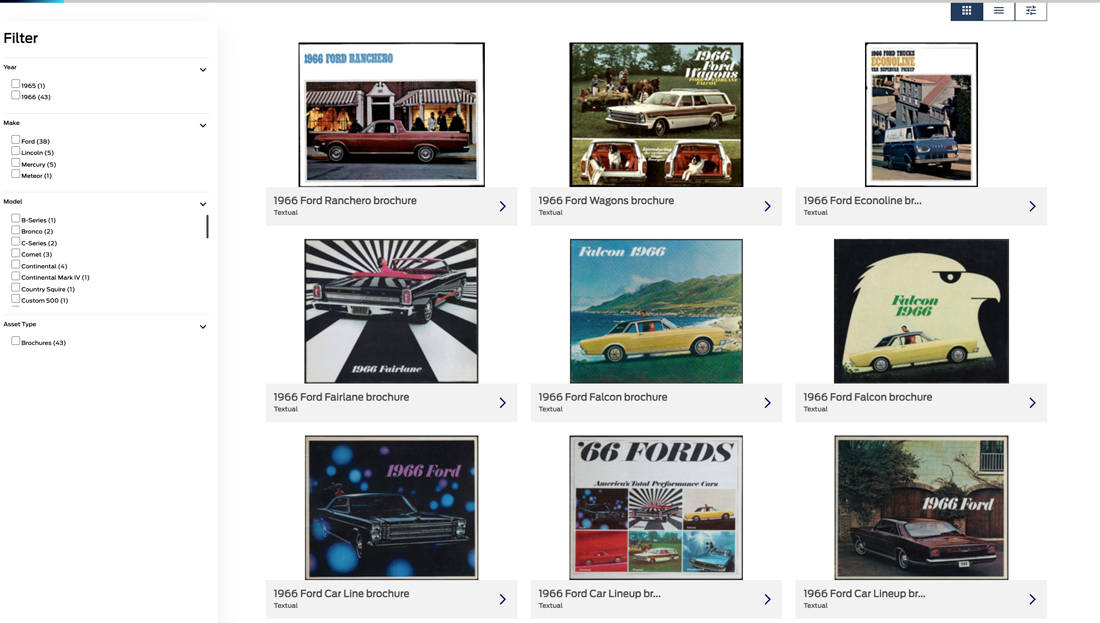 Taking a trip down memory lane

Ford worked with graduate students from Wayne State University’s library and information science program in Detroit, as well as Ford employees and retirees, to pilot the Heritage Vault in advance of its launch. 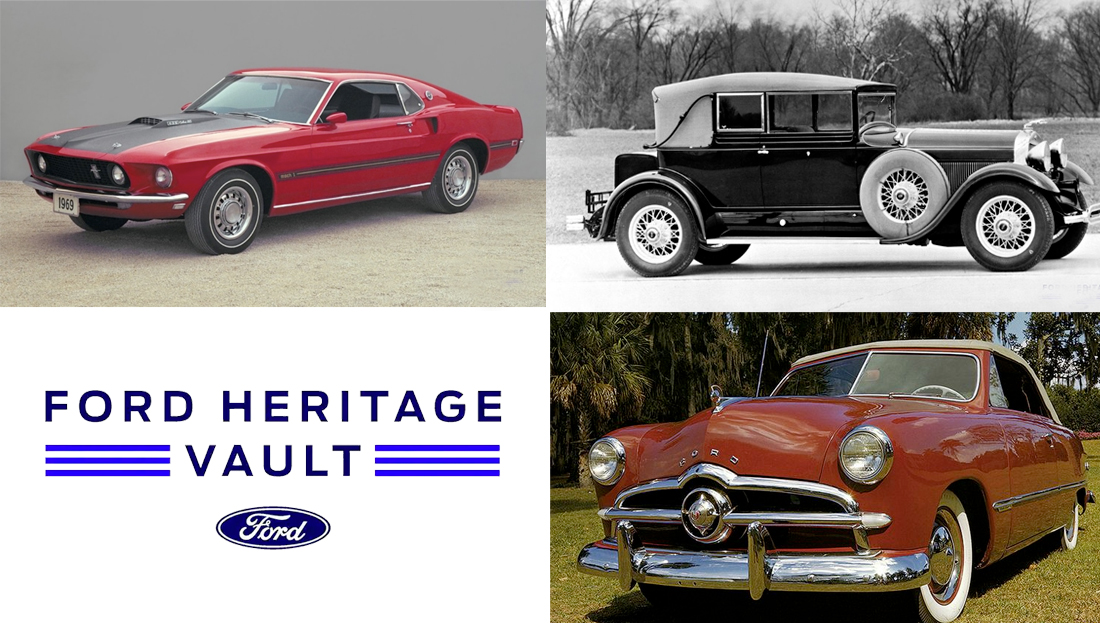 The collection appealed to both casual browsers and dedicated automotive enthusiasts, who reported a better appreciation for Ford and its heritage after using the site. A Ford employee even remarked that seeing the old photos brought tears to his eyes.

Ford Bronco and Ford F-Series were common search items among testers. Meteor, Fairlane, Galaxie, Model A and Edsel were also popular, with one user finding the Tempo models their mother and grandmother owned in the 1980s and ’90s.

Opening Ford’s heritage to all

Ford Heritage Vault has been created with accessibility features that translate photos, charts and graphs and other pre-digital assets for compatibility with assistive technology now used by blind and visually impaired site visitors, such as screen readers, to interpret websites. Heritage Vault users can request remediated versions of additional brochures as needed.

“These assets were born analog, and we have worked hard to bring them to the digital world,” said Casteel, who led the effort to make the assets accessible. “But digitizing isn’t enough. It was important to us that the Heritage Vault is accessible for everyone to enjoy.”