Home Auto Industry Can Rivian Live Up To Its Adventurous Promises?

We’ve been following the Rivian story for almost two years now, and as the brand announced its plans to produce the world’s finest EV SUVs and Pickup trucks. We watched as Amazon dumped in cash, along with Ford (Ford initially invested $820 million in Rivian for its post-IPO stake of 10.9%. Amazon invested $1.3 billion for its 16.9% stake) — and Rivian appeared to be the industry’s rising star. We then saw one of the highest-priced IPOs in automotive history. 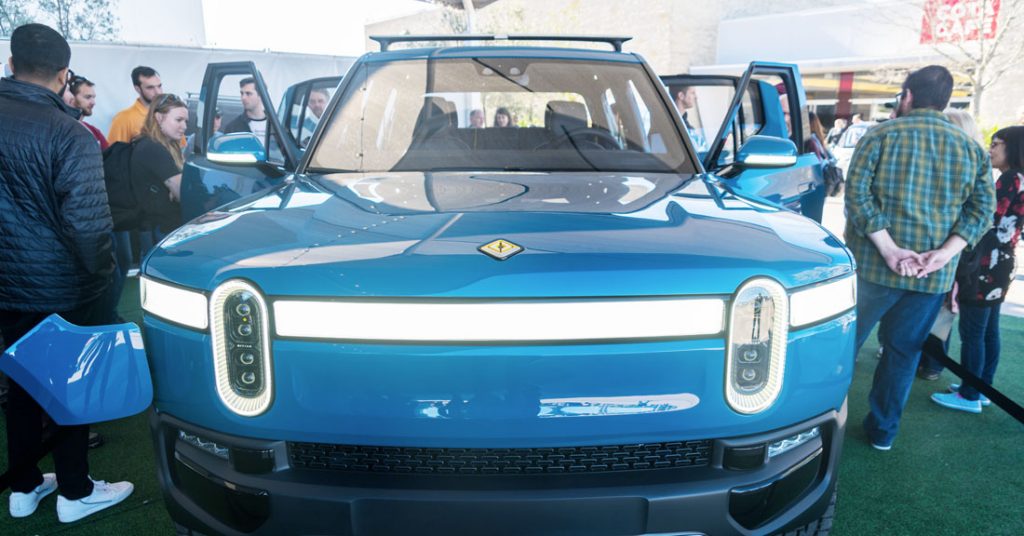 However, Ford ended their partnership in November, days after the Rivian IPO. The companies now plan to advance their own EVs separately. Ford retains its roughly 12% stake in Rivian.

The development may not be earth-shattering for Rivian, as it now plans to manufacture on its own the parts that Ford was supplying. However, it adds an extra layer of uncertainty, albeit thin, in Rivian’s delivery

Incredibly, Rivian’s current market capitalization makes it the third most valuable carmaker on the planet. CNN Business contributor Allison Morrow put it best when she suggested that “investors who missed out on Tesla a decade ago don’t want to make the same mistake twice.”

Why investors are excited about Rivian

The Rivian R1T is the first electric pickup to market, but not the last.

Founded in 2009, Rivian entered the EV market with a five-passenger pickup truck, R1T, and started deliveries in September this year. Rivian has beaten every other company in launching an all-electric pick-up truck, and that’s one reason behind investors’ enthusiasm. As of Oct. 31, Rivian has delivered 156 R1Ts. The model’s price starts at $67,500.

GM plans to begin deliveries of its high-end EV Hummer later this year. General Motors will follow up with a Silverado EV as well as a GMC electric pickup for 2023. Ford’s first electric pickup, the F-150 Lightning, is coming in spring 2022. It has a targeted range of 300 miles vs. the Rivian’s truck’s 314-mile range per charge.

Meanwhile, Tesla CEO Elon Musk said Cybertruck production won’t begin until late 2022, with volume production not until late 2023. That could reflect issues with mass producing 4680 batteries, key to making the Cybertruck and the long-delayed Semi and Roadster viable.

Why investors are not excited

The competition in the segment is surely heating up. After Rivian’s stock’s spectacular rise following its initial public offering, concerns relating to potential competition seem to be weighing down the stock.

In the past two fiscal years combined, Rivian’s had operating losses of more than $1.4 billion. In the first six months ended June 30, its operating losses were $990 million, 2.6x those a year earlier. Annualized, that’s an operating loss of $20 million short of $2 billion.

“As we just started to ramp vehicle production at the site, the facility produced limited quantities of vehicles in the period,” Automotive News reported the company said.

Although Rivian stock has fallen significantly from its high over $170, it is still valued loftily. Rivian doesn’t really have a head start, with so many competitive offerings lined up in the coming months. How Rivian’s pickup trucks will differentiate from upcoming competing models isn’t clear yet. In the absence of differentiation, it might be difficult for Rivian to carve a place for itself in the competitive EV space.

Like Tesla, Rivian plans to develop its own charging infrastructure. But that alone may not be enough to succeed. All in all, Rivian faces too many uncertainties and risks. The company will have to prove a lot to grow into the massive valuation of its stock.

We’ll continue to report on this important automotive industry story.