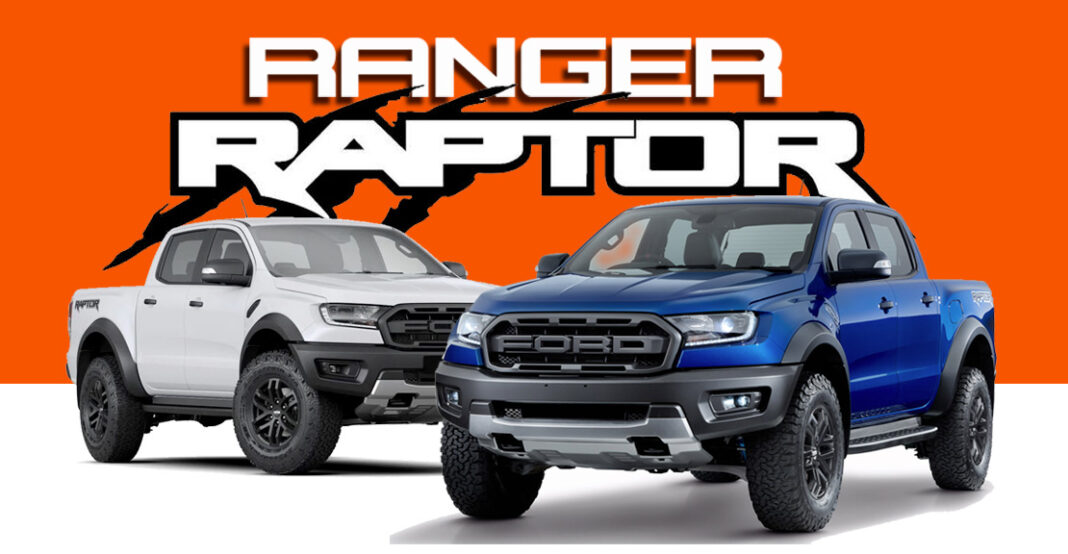 The Baby Raptor Is A Rowdy Ranger

On the heels of the wildly popular Bronco Raptor, 2023 will see the arrival of the all-new Ford Ranger Raptor — a slightly scaled-down-and-streamlined version of the popular F-150 Raptor. So yes, the Ranger will be off-road-ready — and feature flared fenders, rugged tires, extra ground clearance, and the iconic grille. While it will ride on the same fully boxed ladder frame as the regular Ranger, the Raptor variant will receive a long-travel suspension for soaring over jumps and a more powerful engine for quicker desert runs. The Ford will only be offered in one body style—a crew cab connected to a five-foot cargo box. The interior should have distinct flourishes and a feature-laden infotainment system. 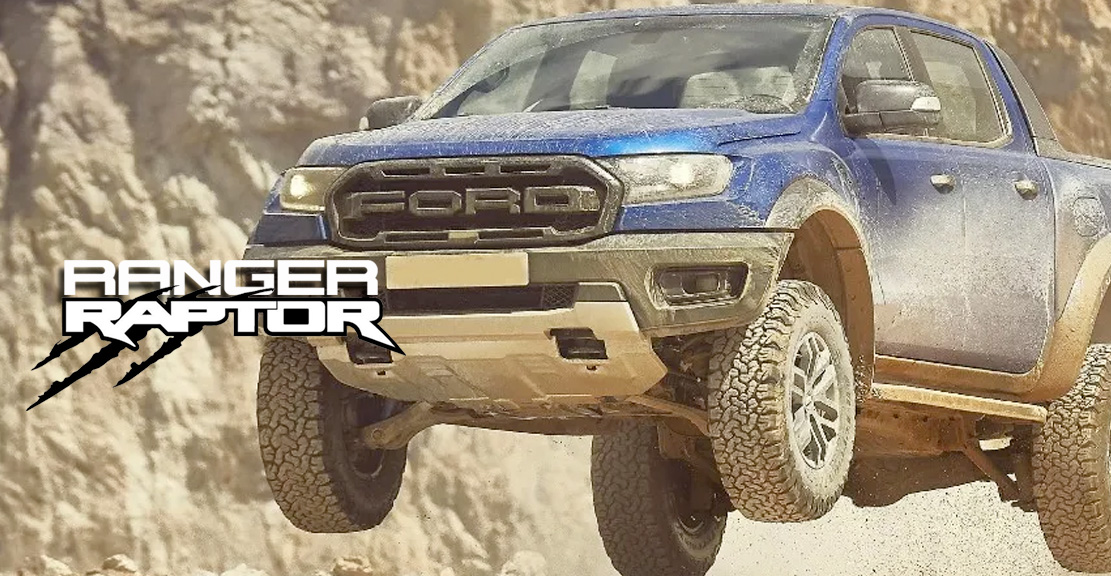 This is no lard-ass! It gets out of its own way — fast! The 2023 Ranger Raptor will feature a twin-turbocharged 3.0-liter V-6 that’s said to make 392 horsepower and 430 pound-feet of torque. However, those figures could be slightly different than the U.S. version. It’s essentially the same setup found on the Ford Bronco Raptor, which includes a 10-speed automatic transmission and standard four-wheel drive, complete with locking front and rear differentials. Compared to its pedestrian counterpart, the Raptor will have a sturdier suspension and beefier off-road equipment. Along with a higher ride height and increased ground clearance, it has 33-inch all-terrain tires that bookend wider front and rear tracks. 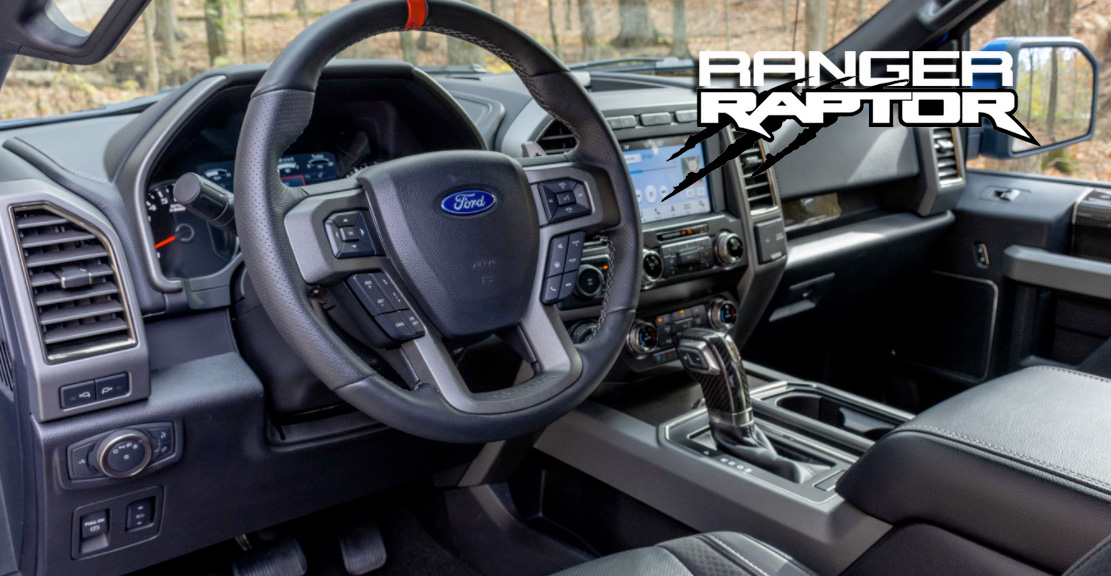 Inside, sparse. The Raptorized Ranger will be mildly different from its regular counterpart. While we still expect an abundance of hard plastics and some rubberized materials, Ford spruces up the cabin with exclusive content. The overseas version boasts leather and microsuede upholstery and heavily bolstered front seats. In addition to a pair of aluminum paddle shifters, the steering wheel should wear a red band at the 12 o’clock mark, denoting its performance edge. We anticipate it’ll offer a similar set of standard and optional features as the standard truck, including dual-zone automatic climate control, heated front seats, remote start, and more. The Ranger Raptor will probably come in only one configuration: a crew-cab body style with a five-foot cargo box.

Ranger Raptor will have an 8.0-inch touchscreen with Ford’s latest Sync infotainment software. That would mean Apple CarPlay, Android Auto, and a subscription-based Wi-Fi hotspot are standard features. Along with various charging ports, the widebody Ranger will likely offer options such as built-in navigation and a 12-speaker Bang & Olufsen audio system.