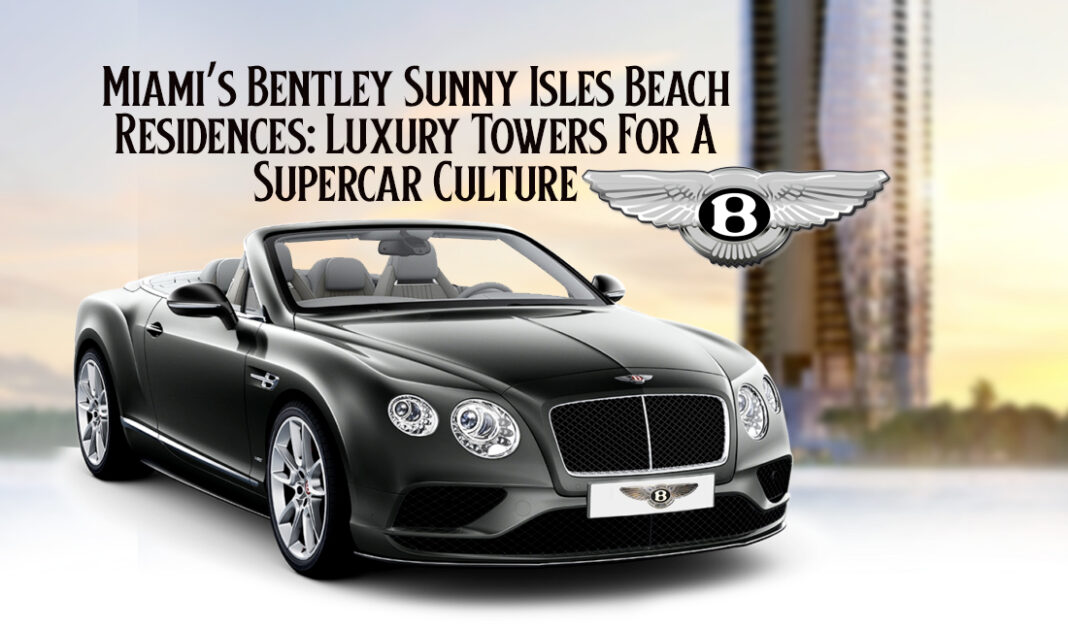 Who’s buying a Bentley residence, powered by Porsche Design and astronomically priced? Prominent Miami developer Gil Dezer explains it this way: “The pandemic freed a lot of wealthy individuals from needing to be close to New York. They could work anywhere, and many of them chose to come down here. And why not?” Yeah, why not?

Barron’s Penta reports that Dezer Development has partnered with Bentley Motors (part of the VW Group with Porsche) to create Bentley Residences, a 63-story building reportedly exceeding in luxury the Porsche Design Tower. Plans include 216 condo residences on a 2.4-acre site on 200 feet of Sunny Isles Beach. Dezer Development is a major property owner at Sunny Isles, located on a barrier island in northeast Miami-Dade County, bordered by the Atlantic and the Intracoastal Waterway. The development is set to be the tallest residential tower on a U.S. beachfront at 749 feet. Overall, a spectacular US$50-million-plus penthouse. 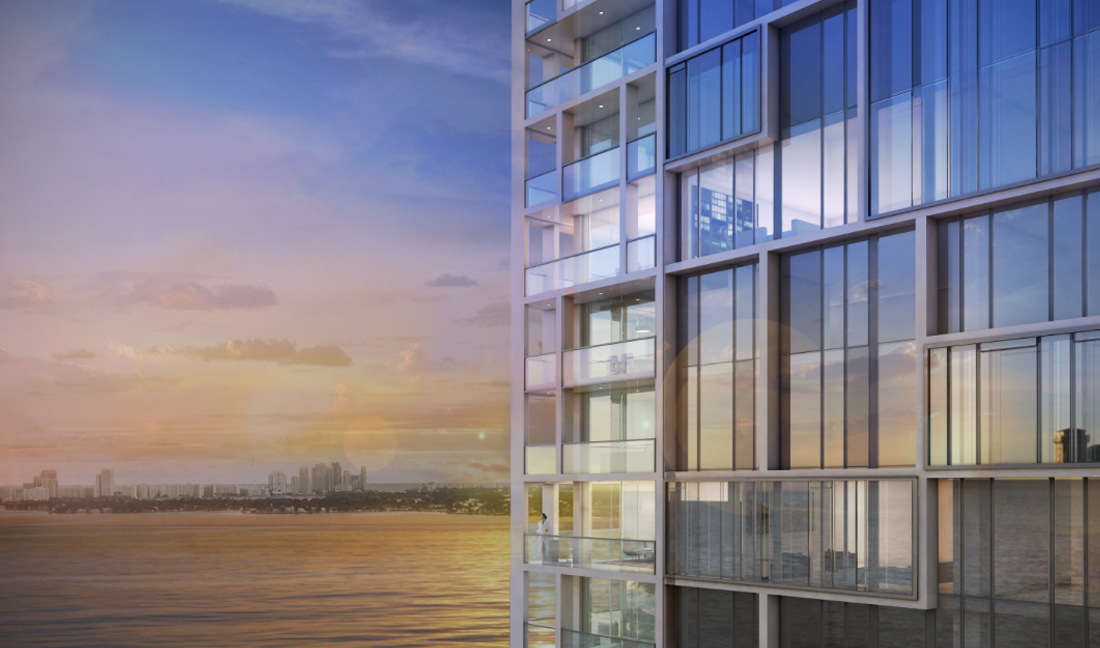 The Dezervator: Catering To The Supercars

The Dezervator, a robotic elevator for cars that delivers vehicles right to the owner’s condo is just the beginning of the sophistication at the Bentley Residences. Four auto elevators give access to the three- and four-car garages in each of the three- and four-bedroom units. — once the car reaches the desired floor, automatic dollies carry them to their parking spot. The driver and passengers can stay in the car during this process. The entire garage is visible through a large glass panel from inside the apartment.

“From our brainstorming sessions on how to make the living experience in condominiums a lot better, we continued to get feedback that people hated to valet their cars,” Dezer says. “Mainly, they didn’t like valet car runners changing their car seat positions every day. But more importantly people didn’t like the fact that the front of the building knew all of their coming-and-goings.” 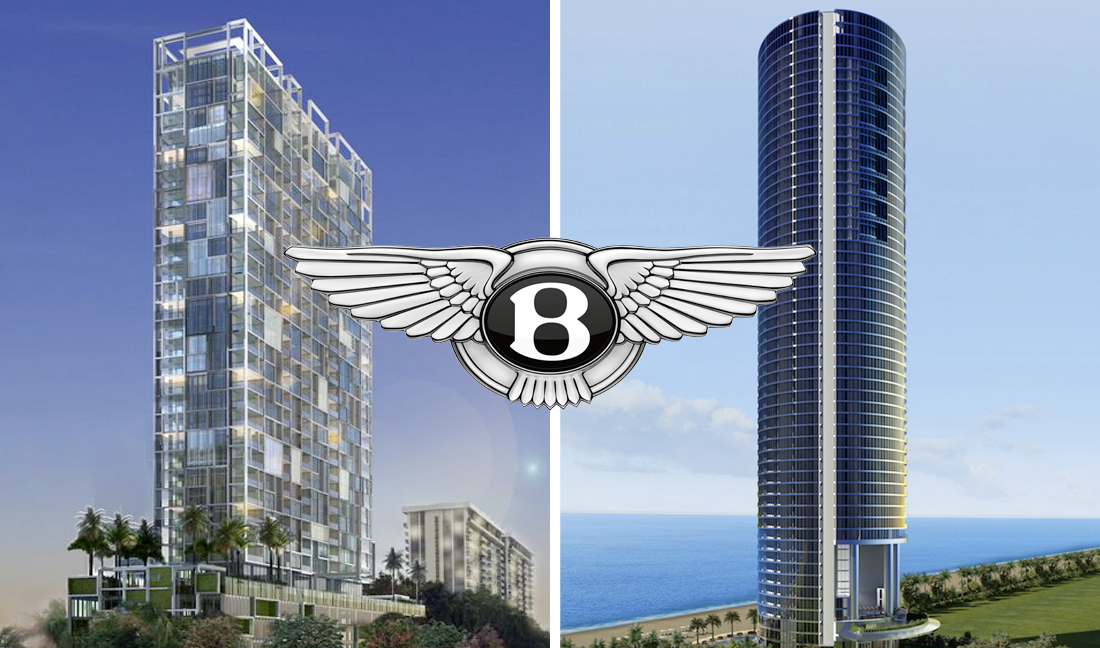 The Bentley Residences won’t be finished until 2026, but already 56 of the units have been sold, Dezer says. A total sell of the property will bring in US$1.4 billion, he adds.

The apartments range from 2,800 to 10,000 square feet, and start at US$3.7 million. The penthouse, US$57 million and not yet sold, has an 11-car garage and two pools. The building, designed by Sieger-Suarez Architects with significant input from Bentley designers Brett Boydell and Chris Cooke, has a striking tapered design (mimicking Bentley’s winged logo), with diamond-faceted glass panels. Sustainability is emphasized—as it is with the Bentley brand—and the goal is LEED Gold certification, Dezer says.

Alain Favey, member of the Bentley Motors board for sales and marketing, tells Penta that the company sells 1,000 cars in Florida annually—a quarter of the U.S. total. It’s obviously a big market for the company, and helps explain why its first branded residential tower is located there. 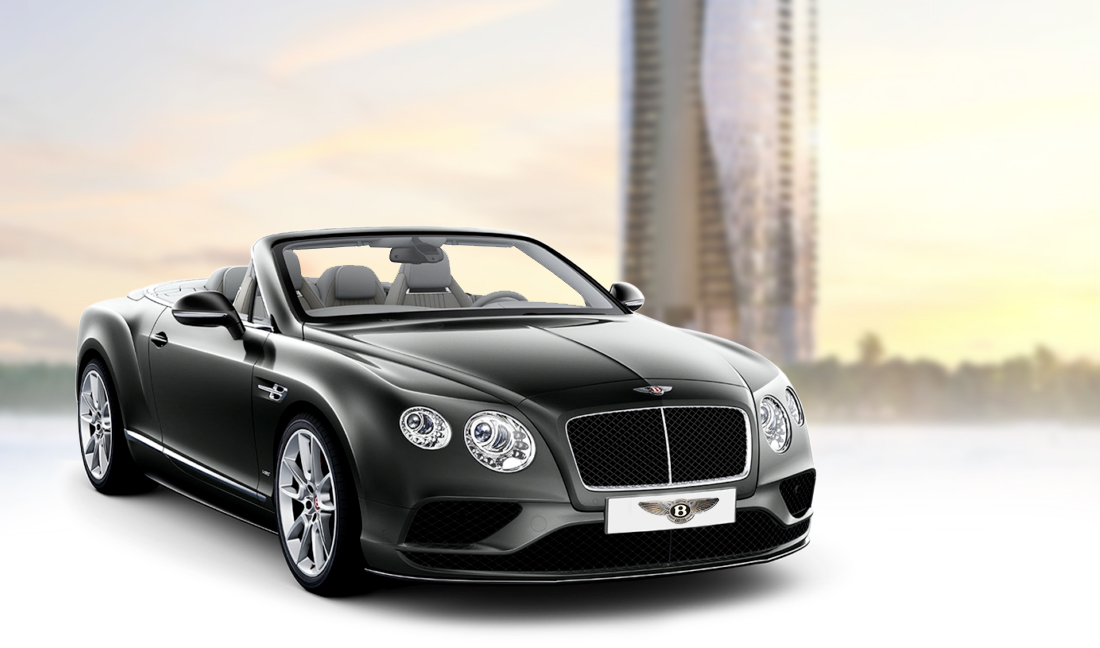 Christophe Georges, president and CEO of Bentley Americas, says the aim is to position the brand within the lifestyle of its customers, “even beyond the car business.” Right down to the door handles and choice of fabrics, there are design cues from the cars at the Residences. “It’s not just our name on a tower,” Georges says.

Apartment amenities include private heated pools with raised sundecks; large outside balcony/terraces; kitchens (parts of which can be hidden behind a motorized door) featuring stone countertops, a wine cooler and Gaggenau appliances; laundry rooms with Bosch washers and dryers; heated bathroom floors and towel warmer; a sauna inside the primary bedroom, an outside shower;, and huge walk-in closets with a built-in safe.

The tower amenities are extensive, spread over 20,000 square feet, including a three-story lobby. Owners will rarely need to leave the property. There’s a lobby bar and restaurant that caters to the apartment, a private dining room, a movie theater with seating for 14, a beauty salon, an oceanfront deck with pool and spa, a cigar lounge with a pool table, a pet spa, and more.