Home Auto Industry Oh my!…Buick? Is That You? A Look At The (possibly) Upcoming Buick... 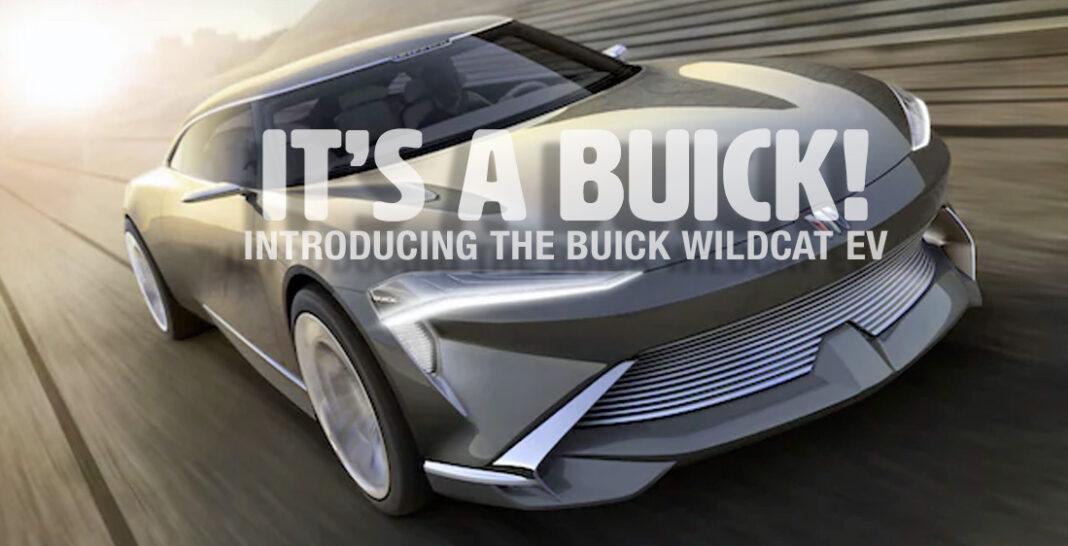 Yes, you can teach an old brand new tricks. Lots of new tricks!

Buick comes out swinging with a wild EV concept — and an updated logo.

Full disclosure: My grandmother drove a 1969 Buick. It was huge, ugly and smelled like old french fries — but today’s Buick is a million miles away from the “old” Buick (and it’s long-gone sibling, the Oldsmobile). General Motors says it plans to produce all of its vehicles as purely electric drives, at least on the North American market — as early as 2024. We assume — and truly hope — that the Wildcat EV makes its debut on the American highways as promised.

Out with the old. The new Buick logo will longer be circular, rather the new logo incorporates a sleek design that builds on Buick’s recognizable triple shield. The complete change to an electric brand should be done by the end of the decade.

To usher in the new Buick, the Wildcat EV illustrates the brand’s new design language that will be visible on production vehicles in the future. While the Wildcat looks amazing, the question is, “Will Buick actually produce it?”

A design concept from stem to stern

The line of the 2+2 seater coupe is determined by the radiator section, which is still inclined towards the front, with a trapezoidal radiator grille. The front and rear design  of the Wildcat EV comes with very definitive L-shaped lights. 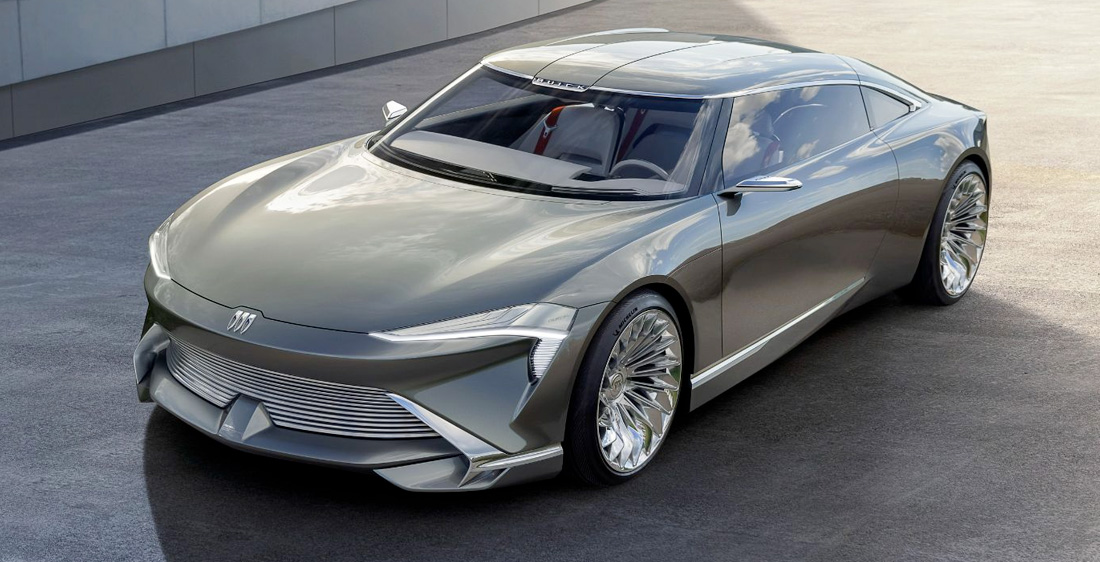 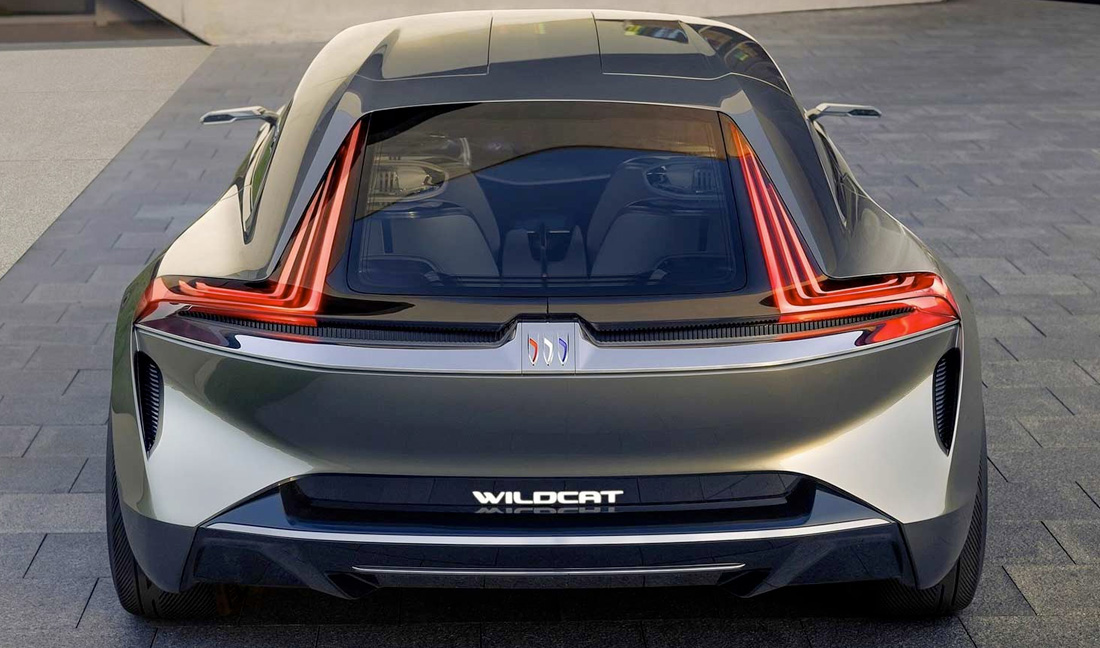 The spoiler lip of the bumper, which has a sensor field in the middle, is flanked by wide cooling air ducts bordered with chrome elements. In a mirrored manner, the LED lights above take up the shape of the chrome brackets and cooling air ducts. How much the Wildcat is looking forward can be shown in various light shows with its headlights.

The auto designers we allowed to go crazy

The extremely flat windshield arches into the side windows and thus ensures a surrounding glass surface and a filigree look of the roof structure. The upper window line, framed by a chrome strip, grows out in one sweep to the C-pillar.

The roof line above extends to the L-shaped, staggered LED taillights in the rear rump. In addition, the lights also show the charge level of the battery when the vehicle is stationary. The rest of the rear design takes up the front design with its strong indentations.

The door design is also an eye-catcher. For easier access to the individual seats in both rows, part of the roof swings up, while the long doors open conventionally. The side windows are frameless, and the 18-inch light-alloy rims in the turbine look provide further typical Buick chrome decoration. 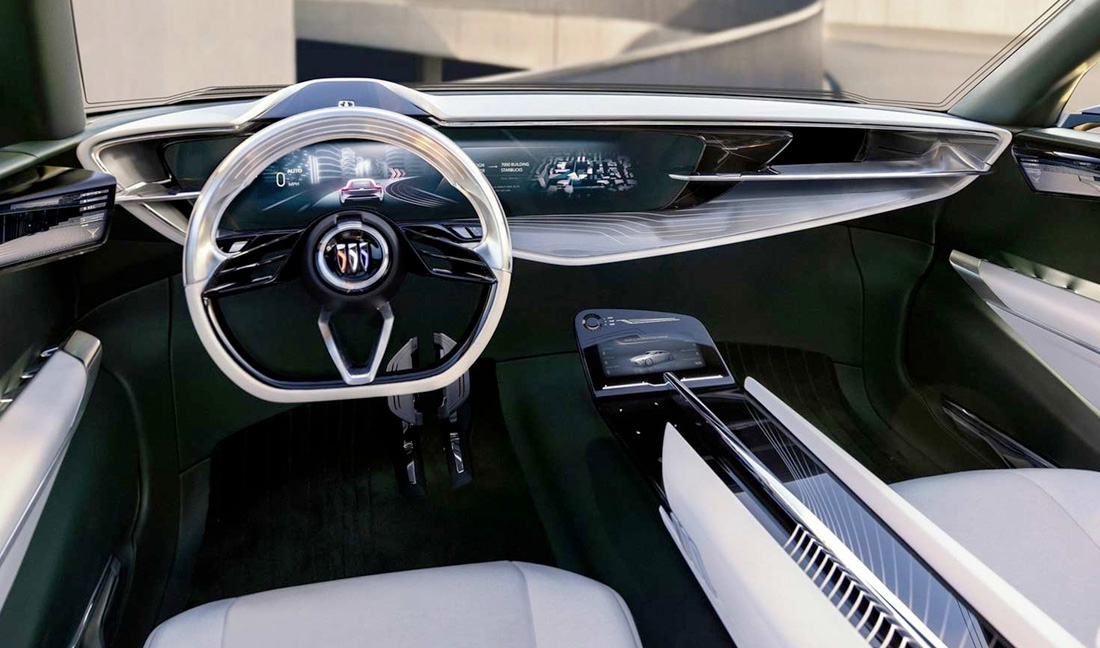 Attention to detail, luxury and (we assume) spectacular performance.

In the cockpit, a high, continuous center console separates the passengers on both sides. The seats with massage function can be moved lengthways, and the belts are integrated directly into the backrests. The side mirror function is provided by cameras that transmit their image to small monitors in the door panels.

Numerous brushed or polished aluminum panels ensure the techno look on board, while the leather surfaces on the seats add comfort. Also on board is a multi-adjustable LED lighting and an interior scenting. Artificial intelligence controls these and numerous other functions based on biometric data recorded by the car.

Behind the three-spoke steering wheel, the driver is presented with a digital display flanked by another touchscreen – contemporarily combined under a glass surface. The center console also houses another touchscreen with a rotary pushbutton control and various direct selection buttons.

If this extraordinary Buick EV concept ever gets produced, my grandmother would be shocked.