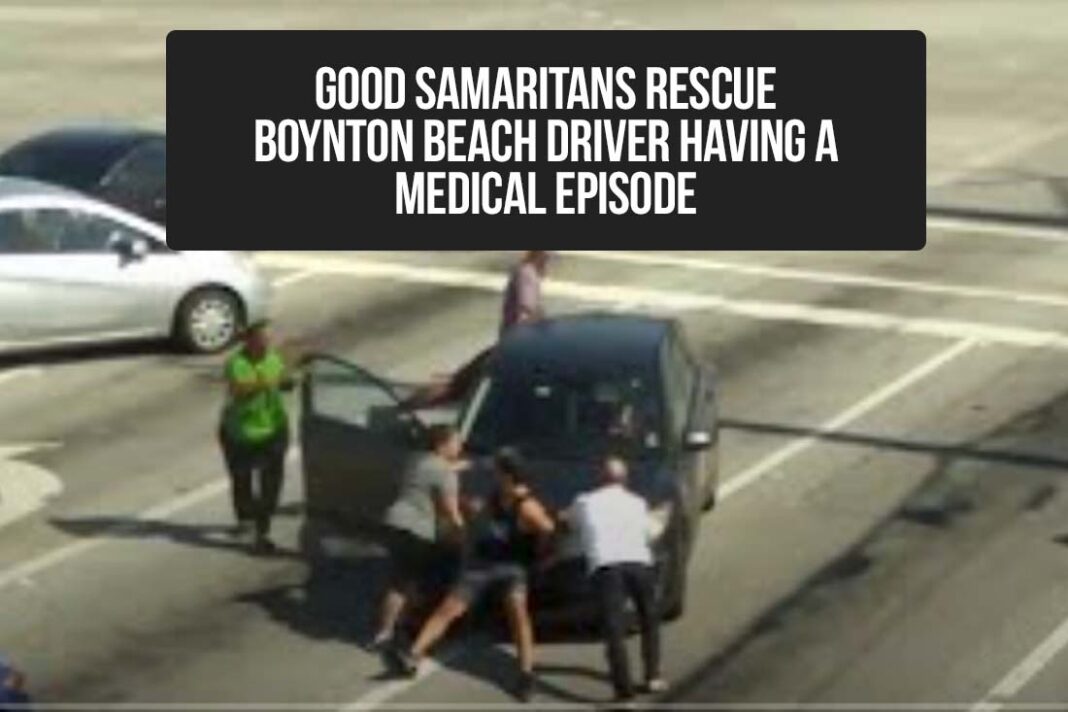 Heroism on the road in Boynton Beach

Cameras captured an amazing scene in Boynton Beach, Fla., we see some true-life heroes spring into action to prevent what could have been a tragic accident.

According to reports, traffic was passing through a busy South Florida intersection last week when a black vehicle began slowly rolling diagonally through the stoplight. A passing motorist notified other passing cars and two men answered the call and began to stop the automobile. Others joined them, leaving their own vehicles to help stop the drifting car.

The group eventually pushed the car to a nearby 7-Eleven parking lot, where a nurse provided the slumped-over driver with medical attention until a fire department crew arrived.