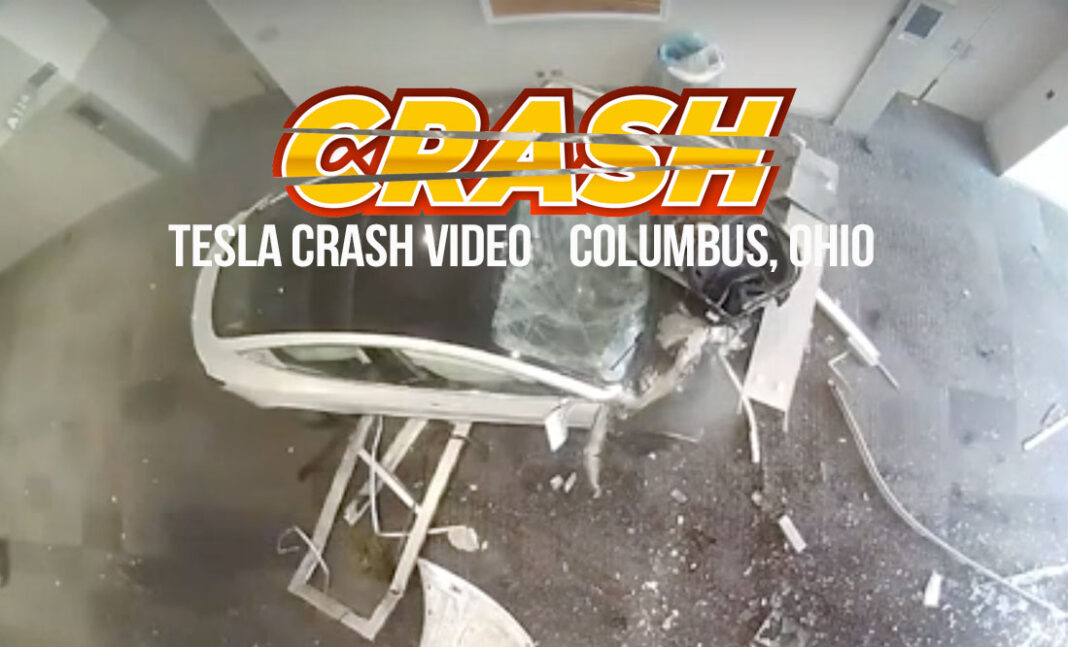 And amazingly, no one was hurt in this Tesla crash.

This video captured a speeding Tesla Model 3 plowing through an entrance to the Greater Columbus Convention Center in a recent incident. it’s a minor miracle that no one was seriously hurt.

The Columbus Dispatch reports that the car ran a red light at around 12:30 pm on Wednesday, May 4. As video shows, the car speeds past a red light at at T intersection, traveling at what police say was about 70 mph. It plows into a crash barrier planter, spraying a cloud of dirt and launching the Tesla airborne.

The Dispatch also reported that Jules told police he he had “lost control of his brakes”. There was no mention of whether the car’s Autopilot was in use. The newspaper also reports that three witnesses told authorities that the car appeared to speed up in order to beat the red light.

Yes, another Tesla crash, but a fatal crash under similar circumstances took place in 2019 where a Los Angeles-area freeway funnels into into surface streets. In that case, Autopilot was engaged right before the collision, leading some to surmise that the software didn’t recognize that the highway had ended. Just last month, a Tesla crashed into a small aircraft at an aviation trade show. While Autopilot can recognize lane markers, other vehicles, and pedestrians, a plane on an open stretch of pavement is probably not something it expected to encounter.