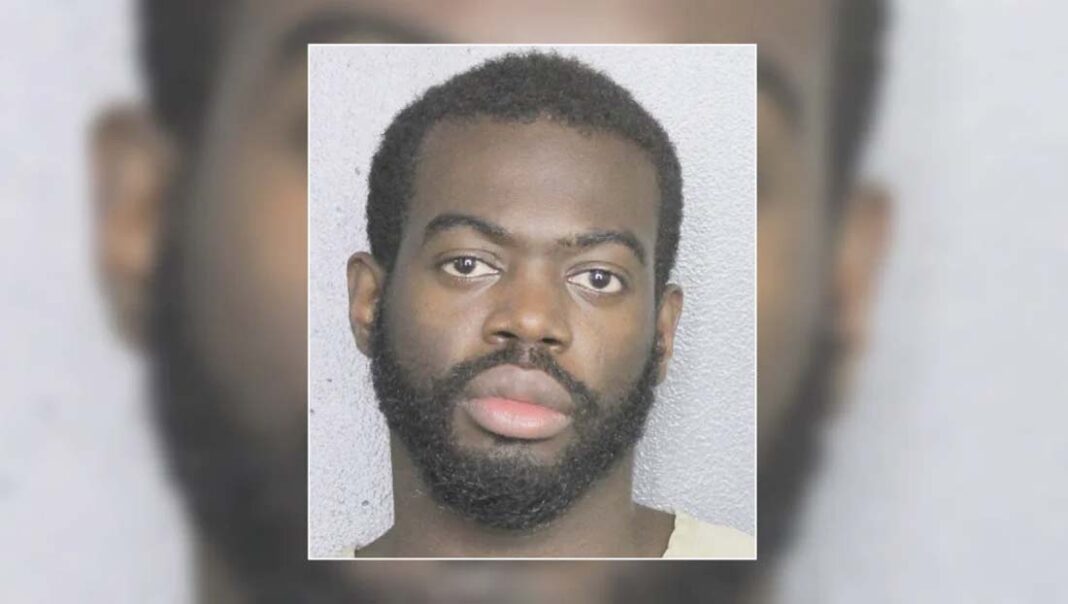 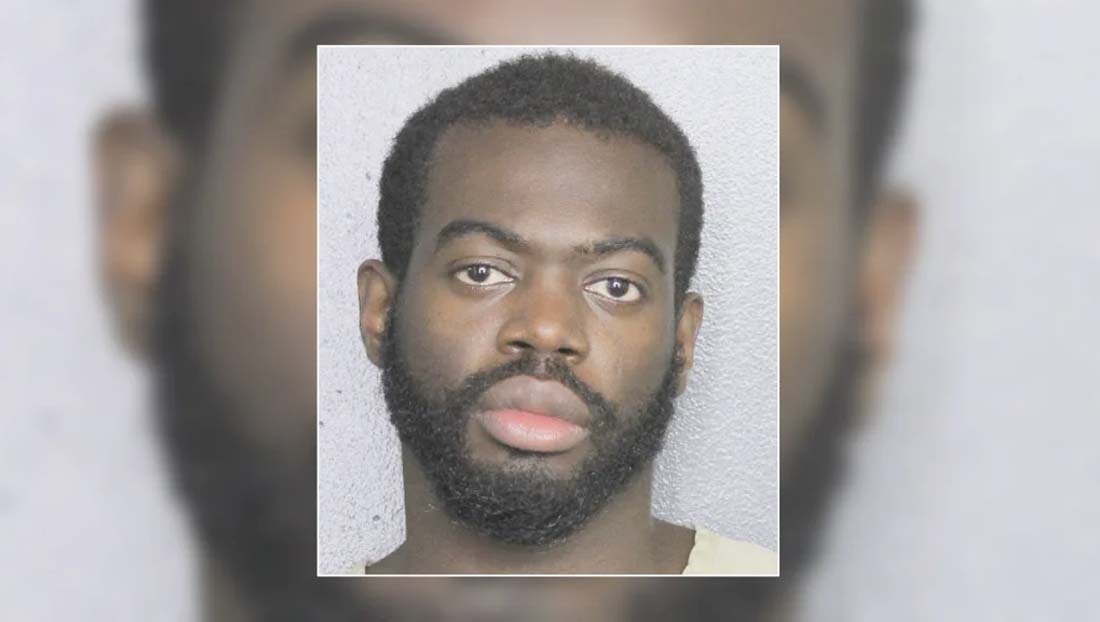 Police have arrested a man they said was caught on camera setting a police car on fire outside of a Lauderhill synagogue and may be responsible for other arson cases.

Brian Bocage, 21, was arrested Thursday and faces six charges, including second-degree arson and criminal mischief. He was being held on no bond Friday, jail records showed. The police car fire happened just before midnight Wednesday outside the Synagogue of Inverrary-Chabad, located at 6700 Northwest 44th Street.

Surveillance footage showed a suspect, who police said is Bocage, dousing the police cruiser with a liquid from a yellow container before setting it on fire.

The entire car became engulfed in flames as the suspect ran from the scene. No injuries were reported.

“Such acts should not be tolerated, they shouldn’t happen,” said Rabbi Levi Chanowitz. “It’s unfortunate that somebody chose to do this.”

Police launched an arson investigation soon after the incident.

“It’s one of those things that if they’re doing that to police cars, we have to take this extremely serious. And also because of the location at the synagogue,” Lauderhill Police Lt. Mike Santiago said.

Santiago said there had been some vandalism at the synagogue a week earlier, and they had placed one of their older cars in the parking lot as a deterrent.

“At this time there’s nothing to indicate that that those two incidents are related. But detectives are looking into both,” Santiago said.

According to an arrest report, Bocage also had open warrants for arson by the Broward Sheriff’s Office and had posted multiple arson videos to his Instagram page.

One of the videos was of him setting the police car on fire, the report said.

BSO officials said Bocage will also face charges related to an arson at a Veterans Memorial in North Lauderdale.