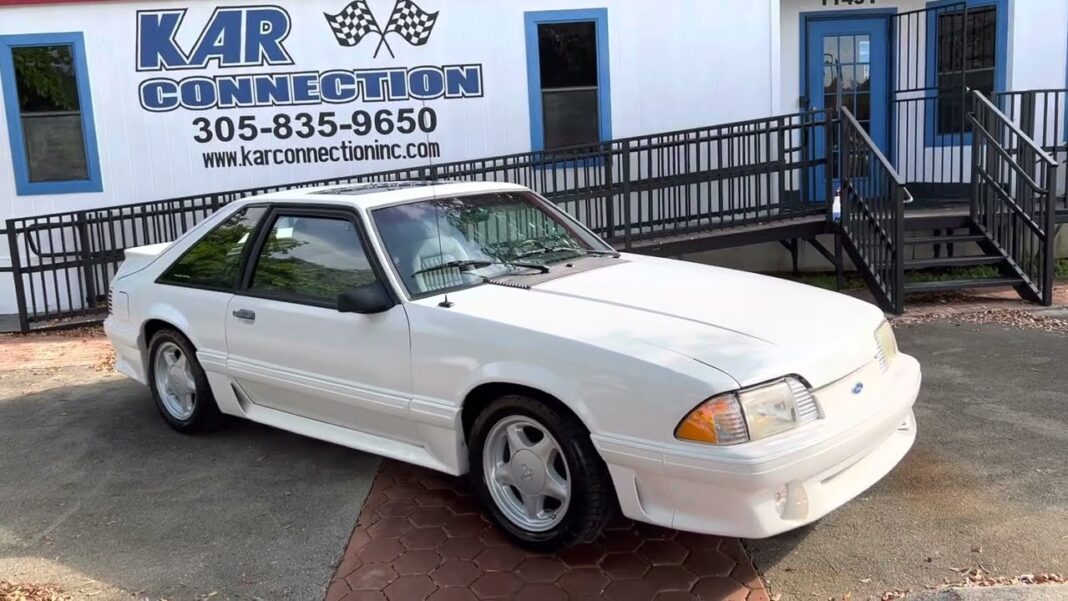 We love the folks at the KAR CONNECTION.  They carry lots of modern classics and feature them on YouTube.  In this case, they’re featuring a beautiful ’90s era 5.0.  We’re talking about the Mustang GT with a proper 5 speed manual transmission.

This is the car that brought muscle back to the Mustang.  This is the car that led to thousands of tickets and tens of thousands in speeding fines to local municipalities.  This is the car that got pulled over just for looking a little suspicious or even being too young.  (Full disclosure:  The author was pulled over as a passenger in an ’85 SVO after my youngest uncle was driving the car.  The female police officer thought we were too young and had stolen the car.  Of course, the passengers were, but my young looking uncle was well in his ’20s and had worked hard for his ride.  I think he ended up with the cop’s phone number.  Hehehe.)

Anyhow, this car was known to come stock with 225 horsepower and a whopping 300lb ft of torque.  Big numbers for this era.  0-60mph times were recorded at 6.2 seconds.  Of course, you can aftermarket the heck outta the Stang with exhausts, intakes, and superchargers to get the horsepower easily north of 300.

Learn more about this listing at Kar Connection.