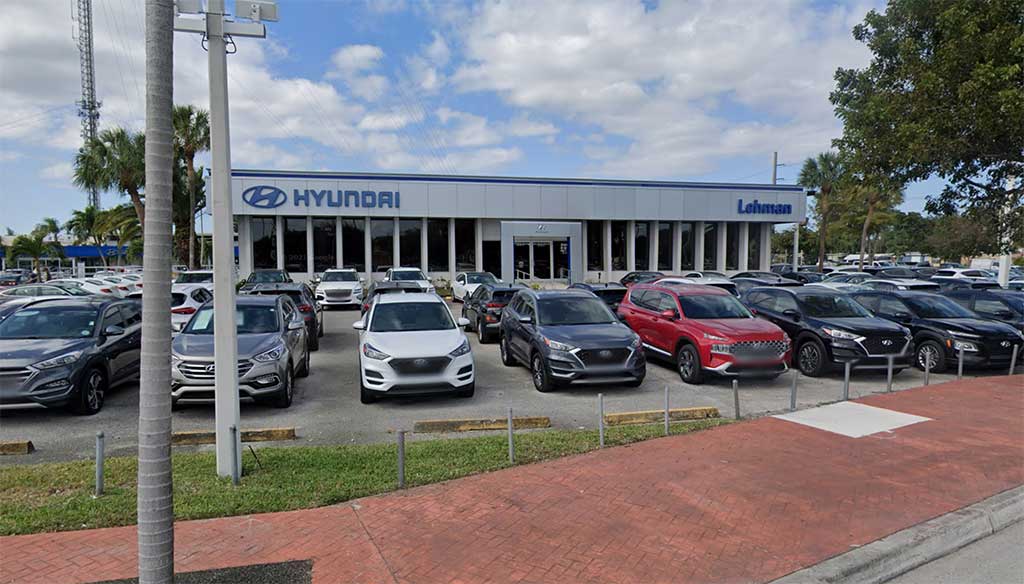 Here’s just a portion of the filed complaint:

B. The Ferrarini Transaction.
9. On or about July 17, 2020, Lehman originated a retail installment sale contract
(“Subject Contract”) with a fraudster impersonating Teresa Ferrarini to finance the purchase of a 2020 Genesis G90, VIN KMTF34PA4LU090652 (the “Vehicle”). A true and correct copy of the Subject Contract is attached hereto as Exhibit “B”.

12. Queen confirmed that the signature on the face of the Subject Contract was forged.
Queen executed a fraud affidavit and filed a police report regarding the incident.

14. Upon discovering the fraud, U.S. Bank contacted Lehman to inquire about the facts
of the execution of the Subject Contract.

15. Lehman responded to inquiries from U.S. Bank and indicated that, in contravention
of the Dealer Agreement, Ferrarini had never appeared in person at the dealership and that a dealership employee delivered the Vehicle to a private residence.

16. U.S. Bank has suffered damages by being unable to recover the funds paid to
Lehman for the fraudster’s acquisition of the Vehicle.

19. To date, Lehman has failed to pay damages as it is required to by the terms of the
Dealer Agreement.