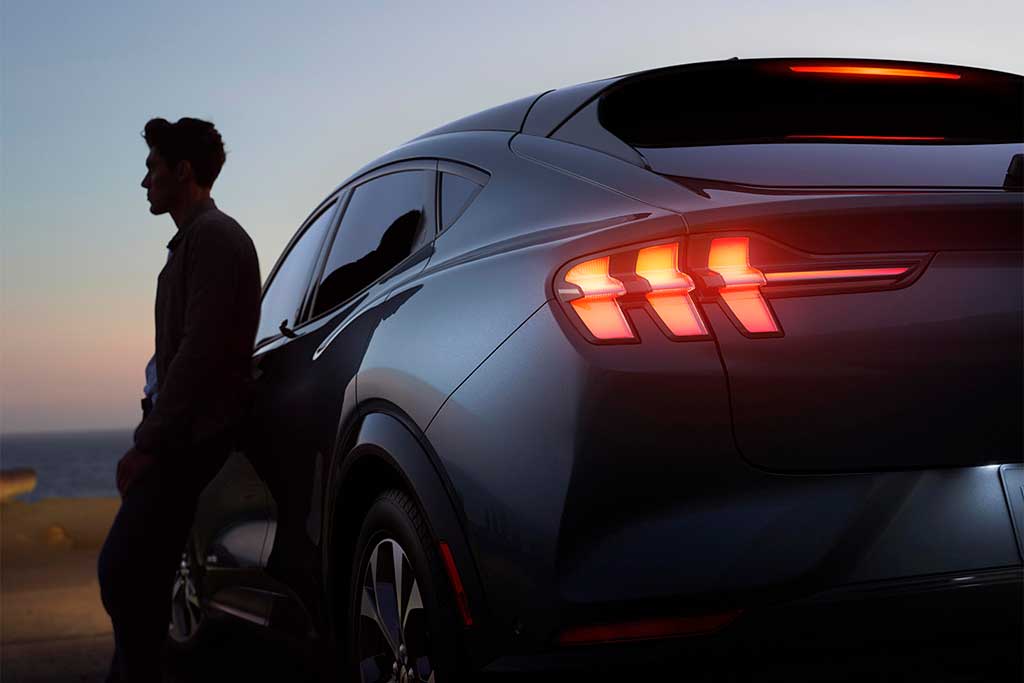 Yes.  It’s an electric Mustang.  But no it is not a Mustang Mustang.

The Mustang MACH-E is a new all electric SUV designed with inspiration from the Mustang.  It’s a 4 door crossover type SUV.  It doesn’t replace the existing Mustang.

But it will have Mustang type performance.  We’re talking about 0 to 60 mph in under 4 seconds.  In fact, Ford claims the acceleration to 60 is in the mid 3 second range.  That’s quicker than a 1966 427 Cobra and on par with Mustang Shelby GT 500 specs.

Ford claims the new Mustang Mach-E GT Performance edition will have 459 horsepower and a whopping 612lb ft of instant torque.  So the Mustang will easily beat virtually any other car straight off the line.  But Ford wants the Mustang to dance, too.  It added electric all wheel drive for incredible traction in all weather conditions, plus a Magneride suspension for optimal performance around the corners and uneven surfaces.

Of course, the Mustang MACH-E does things no other Mustang has ever done.  We’re talking seating for 5 passengers, a frunk / storage compartment under the front hood, and the incredible storage and convenience only an SUV can offer.

With electric all wheel drive, you can have confidence driving through the rich diversity of America’s roads no matter what nature throws at you.

Taking the iconic name of the “Mustang” and badging an SUV with the iconic name plate means it better perform and look good doing it.  Well, we’ve already given you the performance numbers.  It’s fast.  But it also looks amazing.  In a world with a bunch of copycat crossover SUVs, the Mustang MACH E stands out with its unique look.

No one will mistake your Mustang Mach E with anything other than Mustang.  It’s bold and brash as all Mustangs should be.

The beautify of the Mustang Mach E is not just skin deep.  This vehicle blends modern tech to give you the performance you’ve always wanted with the practicality of everyday life and the refinement and craftsmanship that separates Ford from lesser manufacturers.

Now, we were initially mixed with labeling a Ford SUV as a Mustang.  In fact, many purists will probably never come around.  But with mouthwatering acceleration and a completely electric new vehicle from Ford, we understand why Ford wanted to make a big splash.

Now Ford didn’t just create a new SUV with an electric motor and call it a Mustang.  They also went all in with an advanced digital interface that sets a new standard for driving engagement.  Ford’s new interface reduces the number of screens a driver needs to engage with to keep the driver focused on the road and not on the touch screen.

Ford is claiming the new Mustang MACH-E will have a range between 235 and 300 miles depending on the trim model.  For example, the GT performance edition will have the fastest acceleration times, but the lower range of 235 miles.  Other Mach-E models can reach up to 300 miles.  Nevertheless, those are both significant distances which will give you the confidence of driving it daily without worrying about distances.

Furthermore, Ford is including an app that helps you find the charging station nearest you.  It also includes a home charging kit to let you charge the Mustang while it’s sitting on your driveway.

Would you prefer a Mustang MACH E or a regular Mustang GT?  We’d love to get your thoughts.