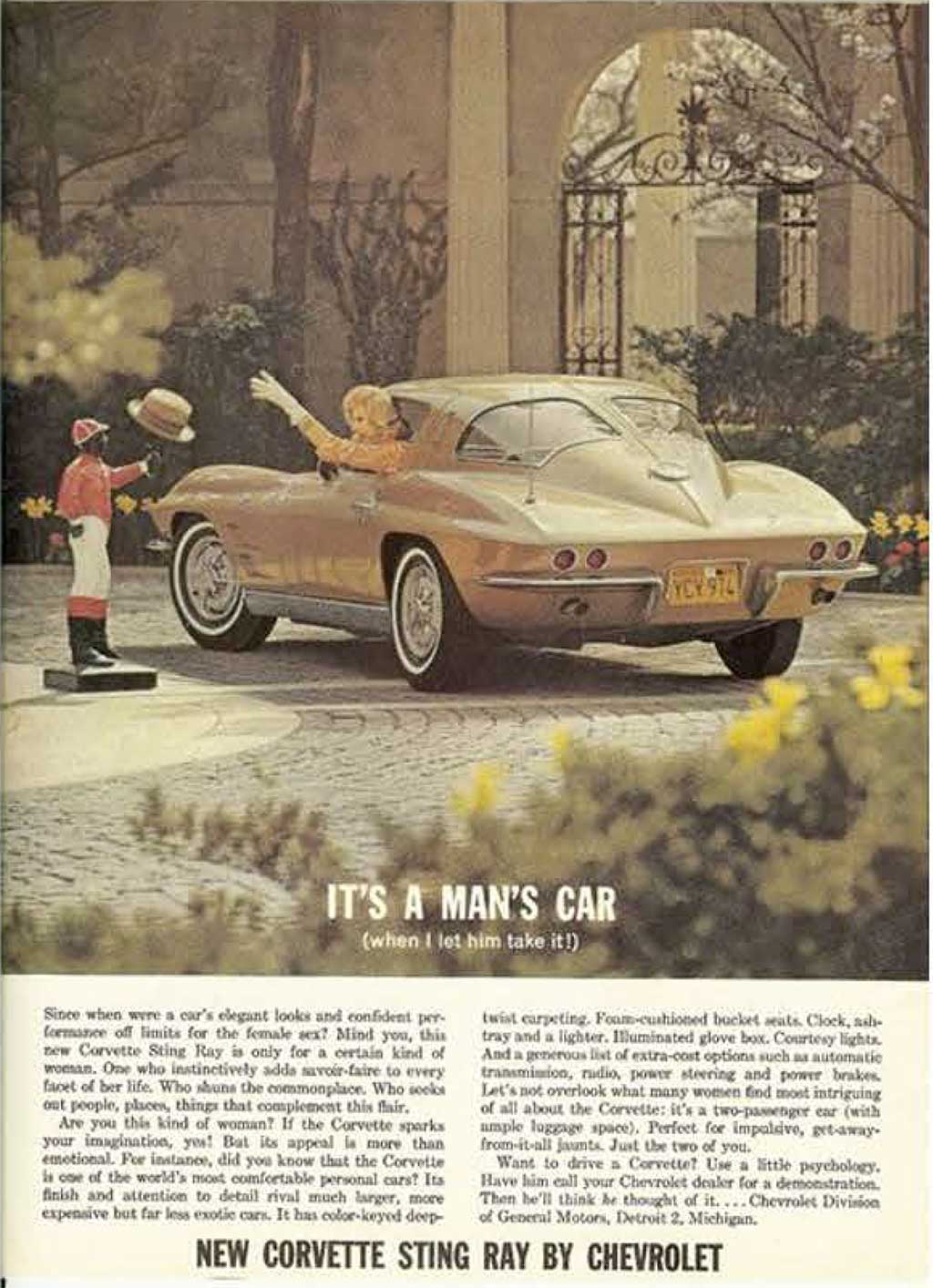 Oh, man! What a decade for the super-customized, hemi-raging, mighty muscle car along with some automakers that created brilliant advertising and created their own niche. The 1960s changed the automotive landscape, with younger buyers feeling the need for speed and social status — the exact market that John DeLorean and others saw coming.  Suddenly, the old family car now had huge engines, 70mph speed limits and cheap gas.  After that, the race was on — literally. Mustangs, Camaros, Challengers and a slew of muscle monsters emerged. Advertising would now play to new audiences, new freedoms, and it got groovy — for some car makers.

Plymouth’s wide-open advertising for the Road Runner featured the Warner Brothers’ cartoon protagonist who constantly outsmarted it’s nemesis — Wylie Coyote. A brilliant move, with a nod and wink to a new generation of car buyers with a need for speed, horsepower and toxic masculinity. The Road Runners of the 1960s were overpowered and inefficient — but the defiant, triumphant and whimsical Road Runner character and bad ass engineering made this Plymouth beast one of the finest and most respected performance autos of the 1960s.  Brilliant, creative advertising and one of the best uses of a licensed character in auto industry advertising. (who else ever used one?).  The 1969 Road Runner, at it’s peak offered a standard 335hp 383 V8 or the 426 Street Hemi. 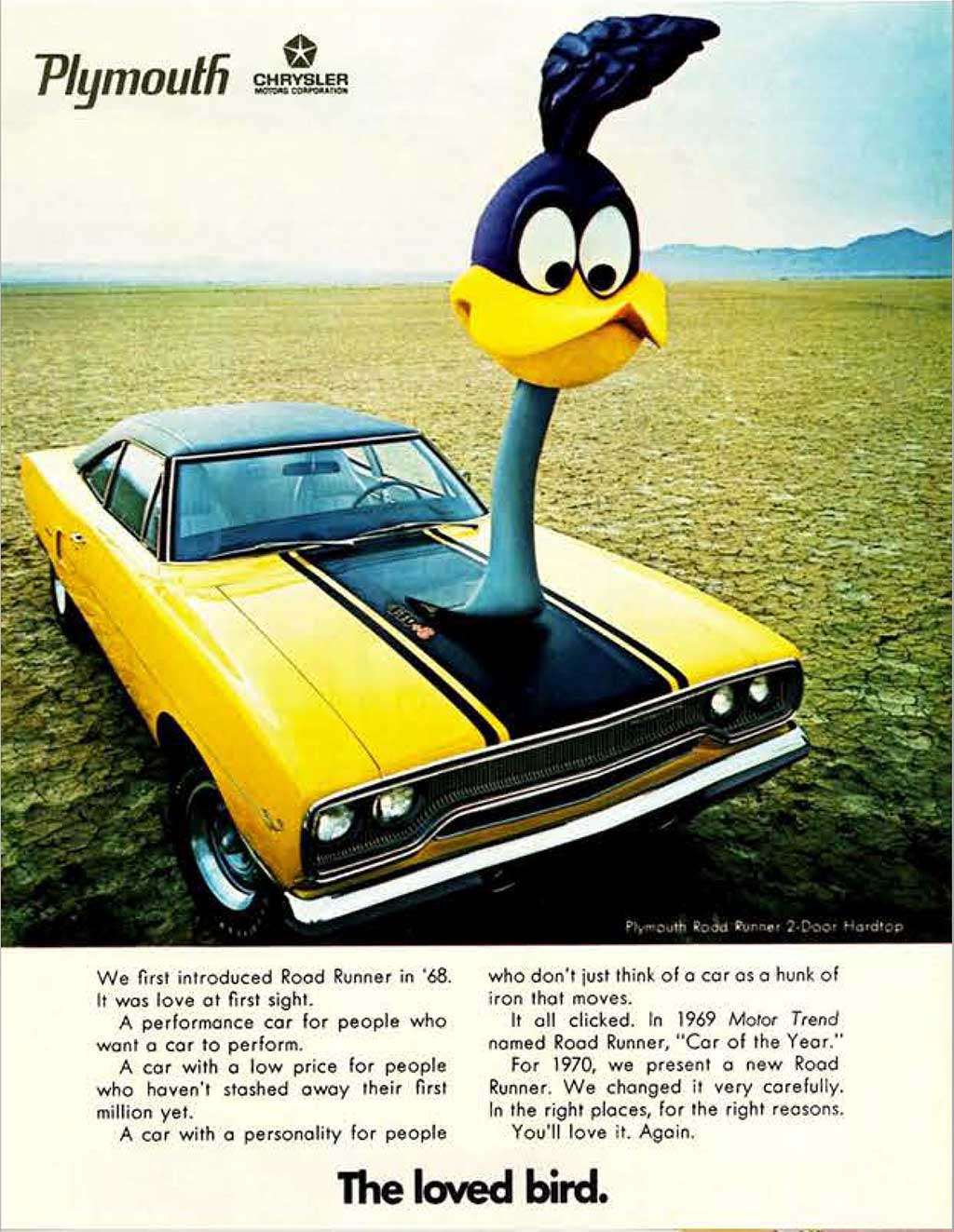 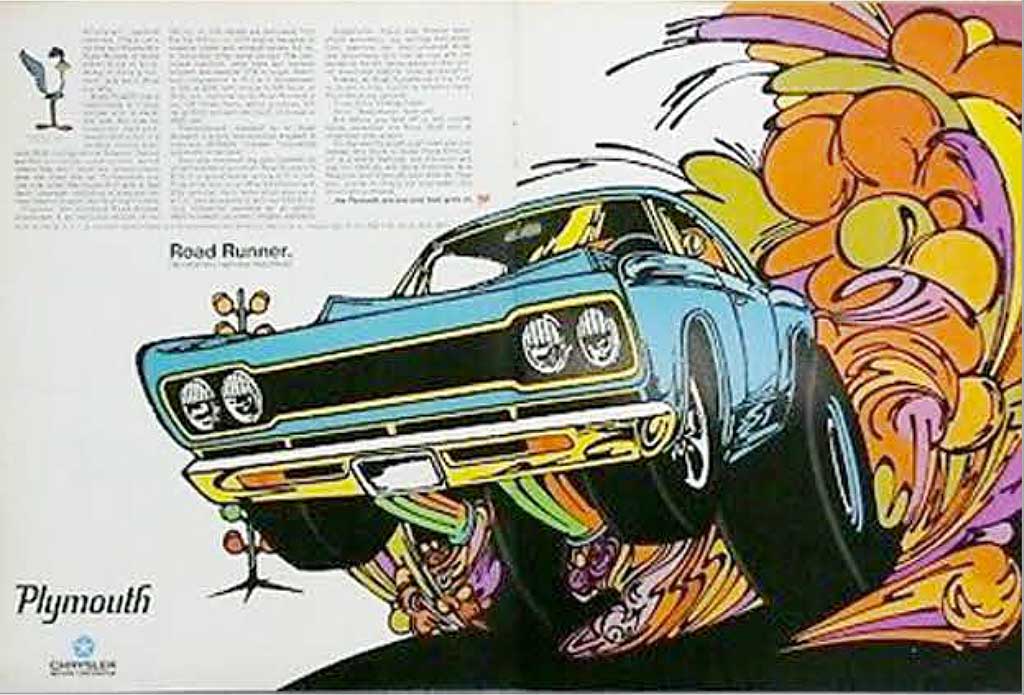 When the Camaro was born (The “Pony Car”) , it seemed to resent its all-american hero big bro — the legendary Corvette. In fact, it quickly spit in the face of the fiberglass speedster with a muscle-era classic. And it’s ad campaign was in your face and blowing by you. Some of the most innovative and creative print advertising of the era came fromC hevrolet and its ad agencies. Taking on a supercar– in your own family — took some balls for the ad team. But they crushed it. The Camaro developed its own speed legacy, built for racing — on the street. The two engines available in the 1968 Camaro were a 396 Cubic Inch V-8 delivering 325 horsepower and a 256 Cubic Inch Inline Six Cylinder delivering 155 horsepower. Transmission options included a three or four speed manual or a Hydra-Matic automatic. 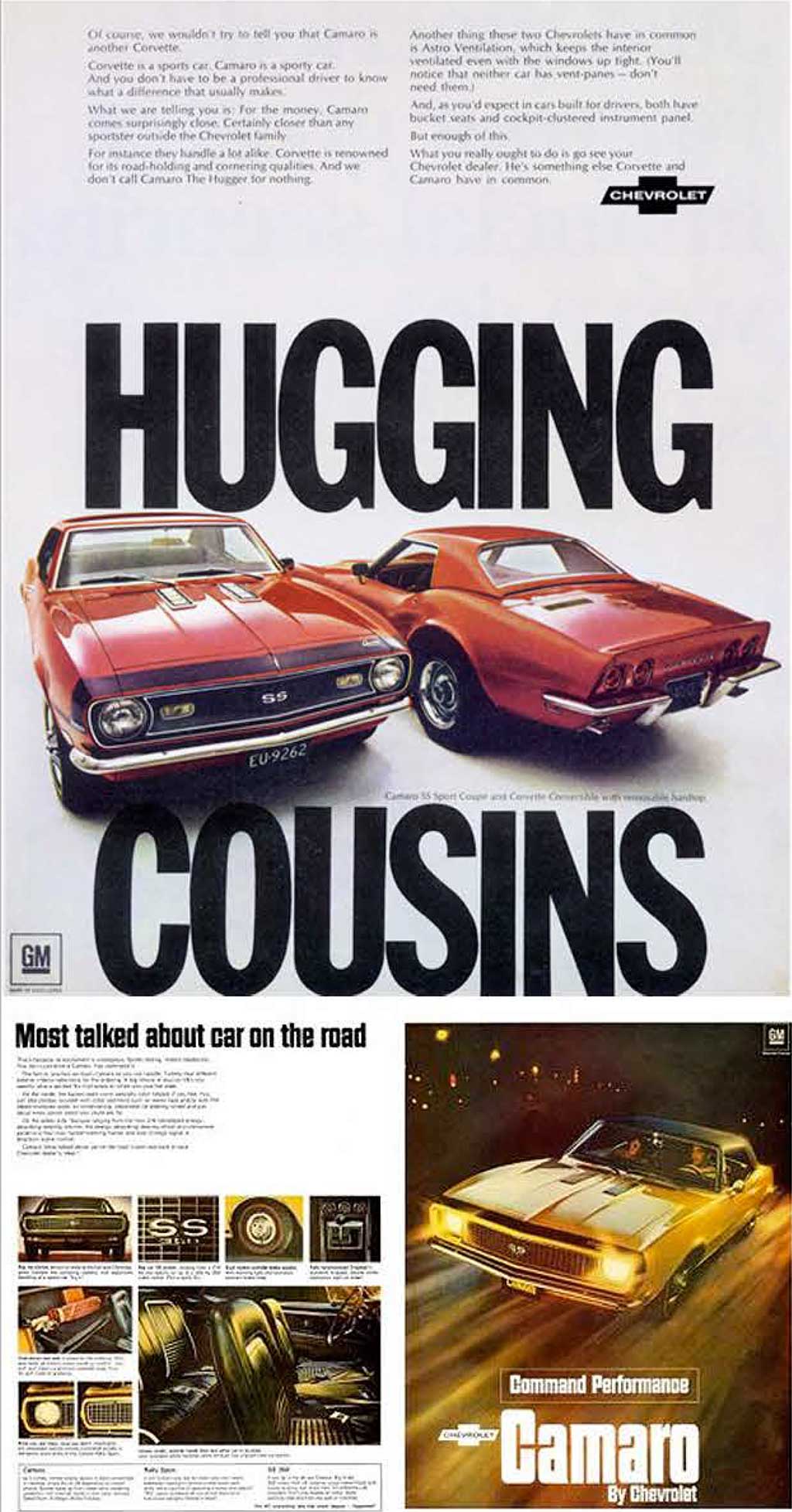 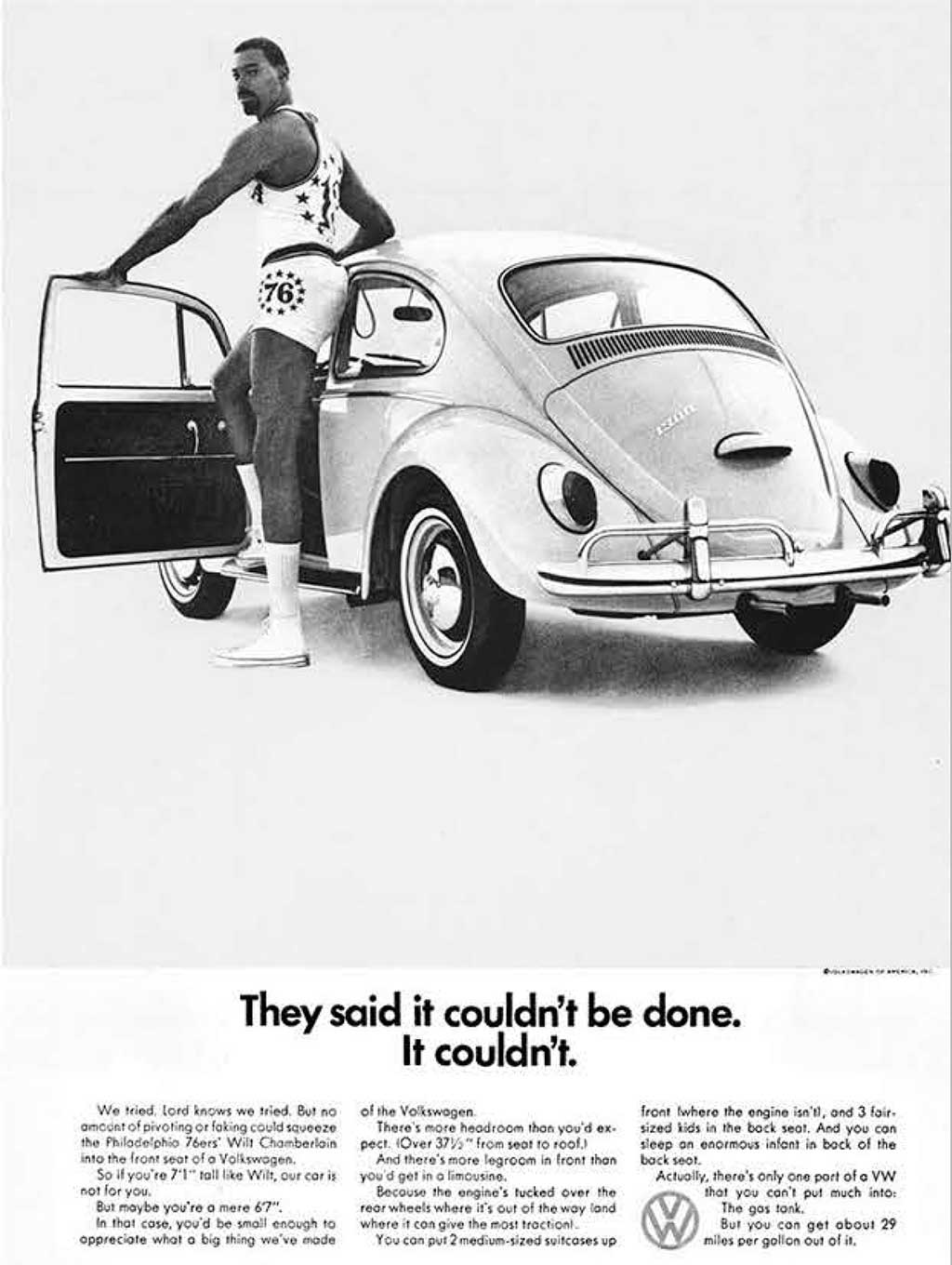 Nobody did advertising like Volkswagen, In the age of the gas-guzzling, dual-carb speed freaks — came the lowly VW Beetle. It was cute and cheap, but c’mon, I’m driving an AMC Javelin! Once the advertising shattered the narrative with its outspoken ads, yeah, well, they got really cool really fast.  Trying to cram NBA star and super seven-footer, Wilt Chamberlain into a VW, declaring their car a lemon — even proclaiming that if you run out of gas, well, it’s easy to push. No doubt, the meteoric rise of the VW Beetle in the American psyche of the 1960s, was fueled largely by historic advertising.  Classic, superbly clever marketing built a market. 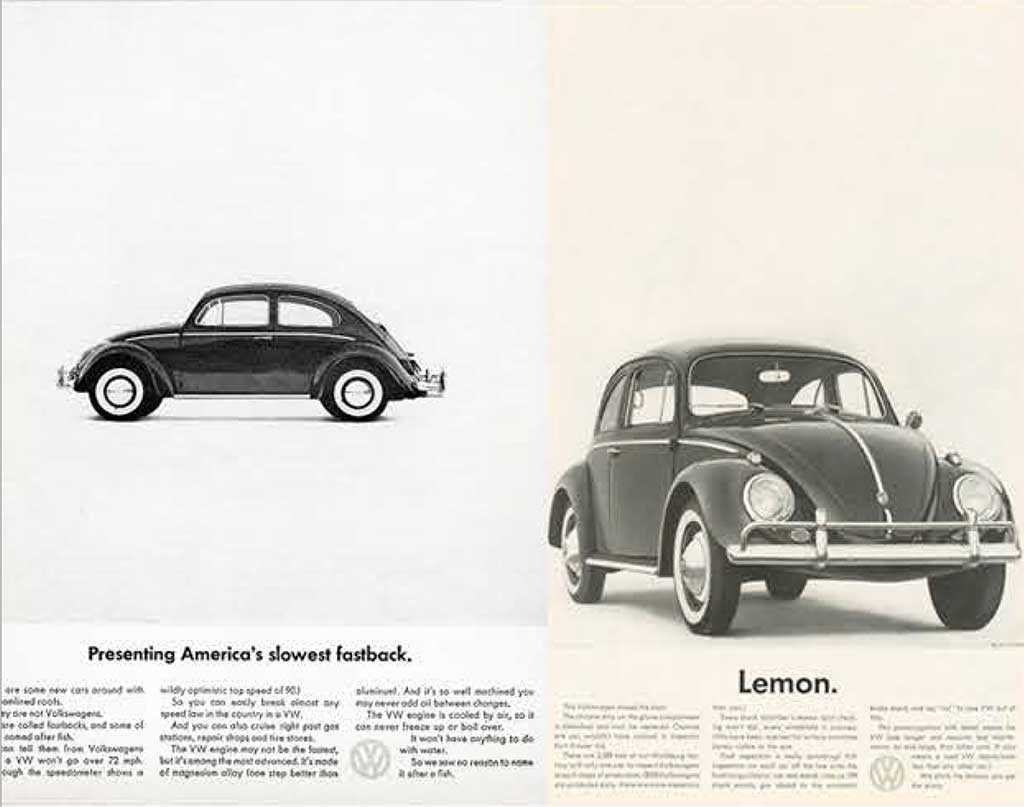 The choice of rich old farts. Elegant. Indulgent. Massive. A boat. In those days, driving a Cadillac wasTHE status symbol. The choice of movie stars, government officials and mobsters. It was the elegant automobile and had been for decades. That’s exactly how the best of Madison Avenue (In the finest Mad Men style) marketed the Cadillac line well into the1970s and 1980s. As the 1990s saw new changes in demographics of the country, Cadillac made one of the most historic and highly successful brand re-invigoration of all time. Every Cadillac ad is a classic. 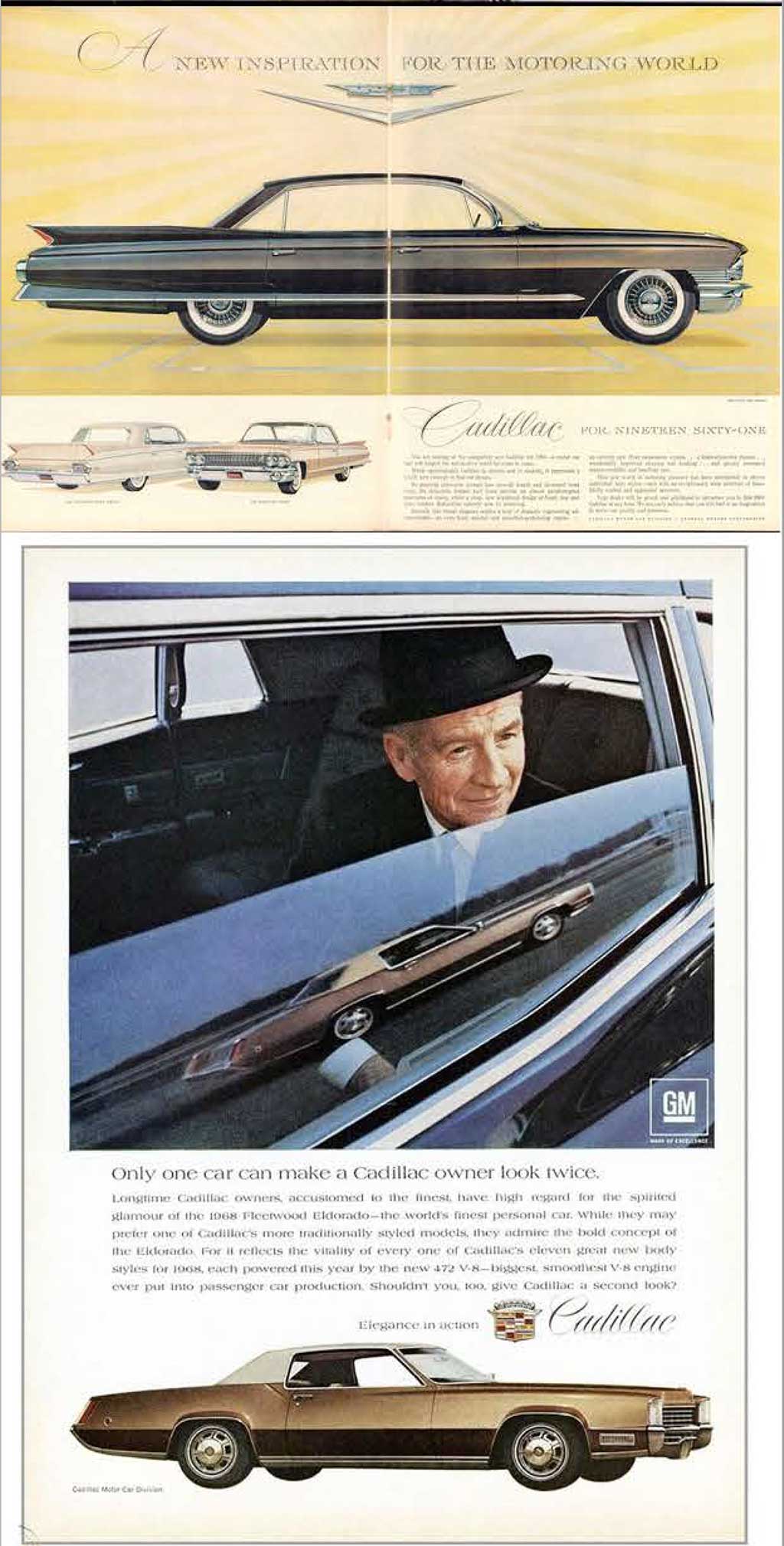 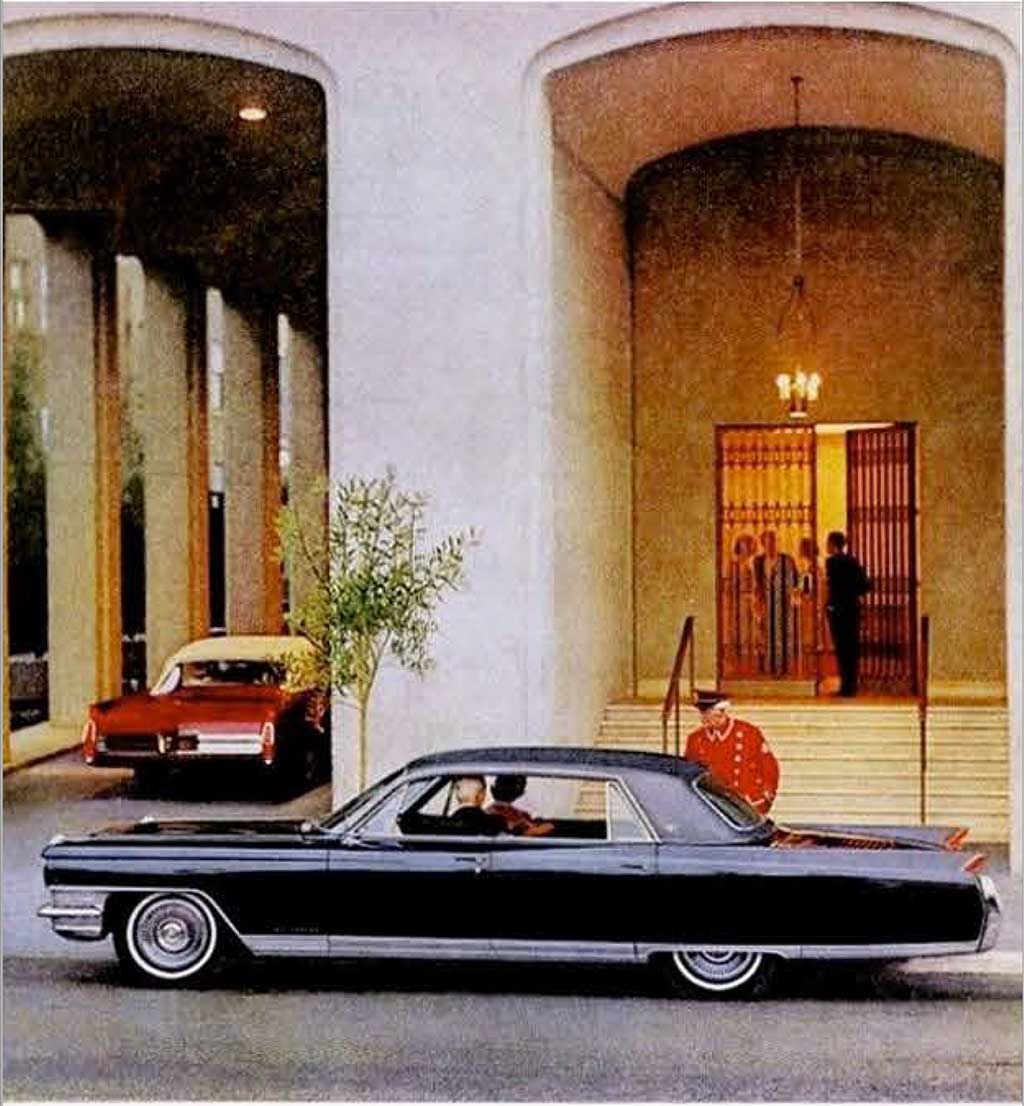 “They’re housebroken Tigers, but they can revert to the jungle whenever you give the word.”  – Motor Trend, January 1967 Highlights

Only a few cars in the automobile history have ever DEMANDED so much popularity during their first generation as the powerful Pontiac GTO. And it was the image that its advertising promoted, driven byJohn DeLorean, that made the GTO a legend. A truly groundbreaking car and groundbreaking marketing. 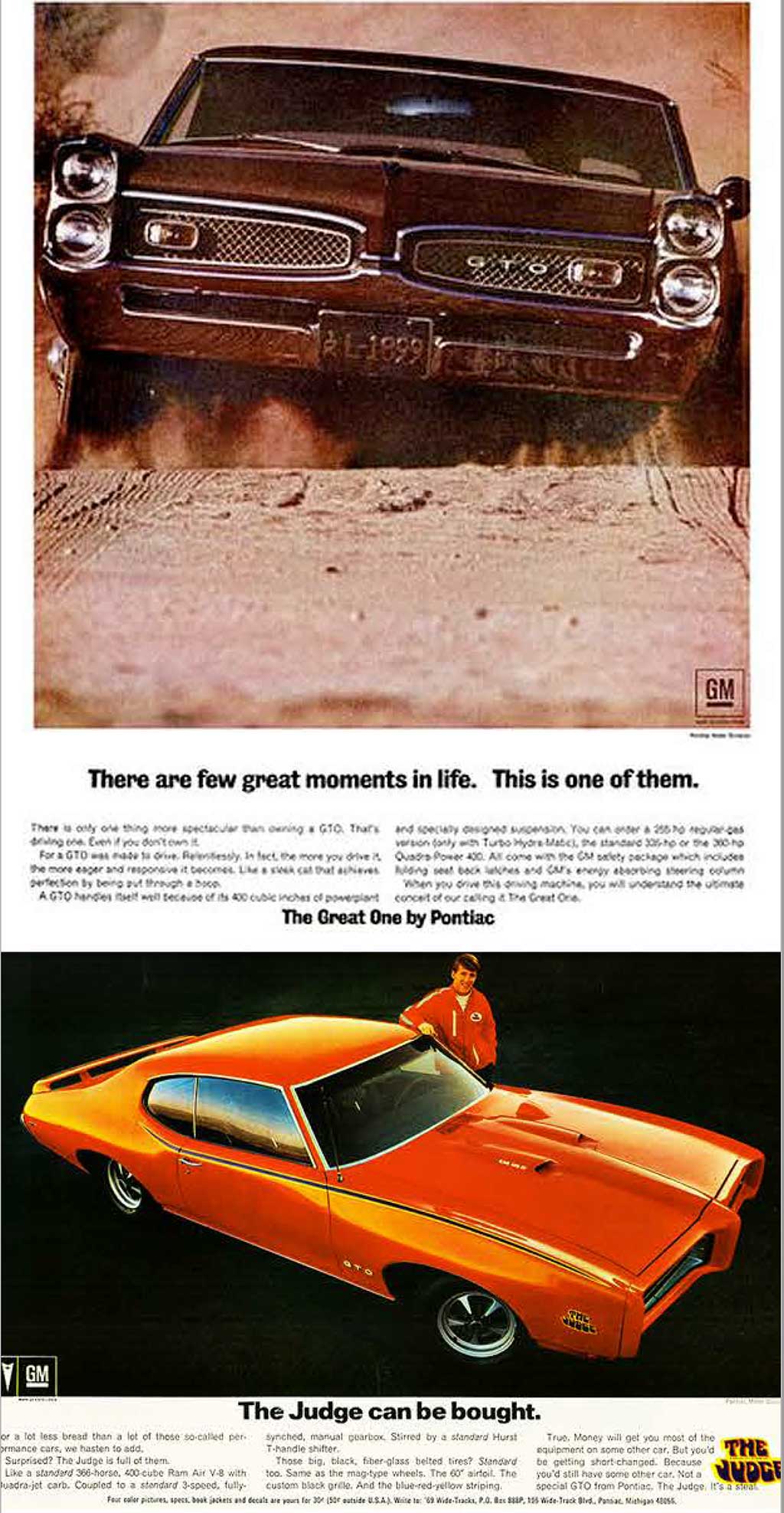 Then came “The Judge”

The bright orange color. The groovy logo, the sleek design and hood mounted tach, Rally II wheels, rear deck air foil, black textured grills, T-handle shifters and distinct styling with loud paint and Judge decals– and the marketing took advantage of every cultural instinct of the late 1960s. The Judge GTO came screaming out of the gate, thanks to one simple advertising secret: show the product and shut up. The Judge said it all with the 455-cid four barrel HO V-8 that boasted 370bhp and 500lb-ft of torque.  One of the most iconic automotive ad campaigns of the era.

The BMW 2002 wasn’t a kid’s car.  It was a man’s car.  While the wild 1960s were dominated by American cars and American muscle, the “Joe College” crowd sought a more refined, sophisticated auto car.  Triumph, Austin Healy, MG offered the European sensitivity, but it was BMW that brilliantly marketed the BMW 2002 to a more gentile masculinity. The advertising was direct to a higher income buyer, a sense of German precision, quality and craftsmanship rather than simply slapping a colorful body on a huge powerplant. BMW understood that its ads should speak to the buyer who didn’t have time for the foolishness of overpowered street rods. 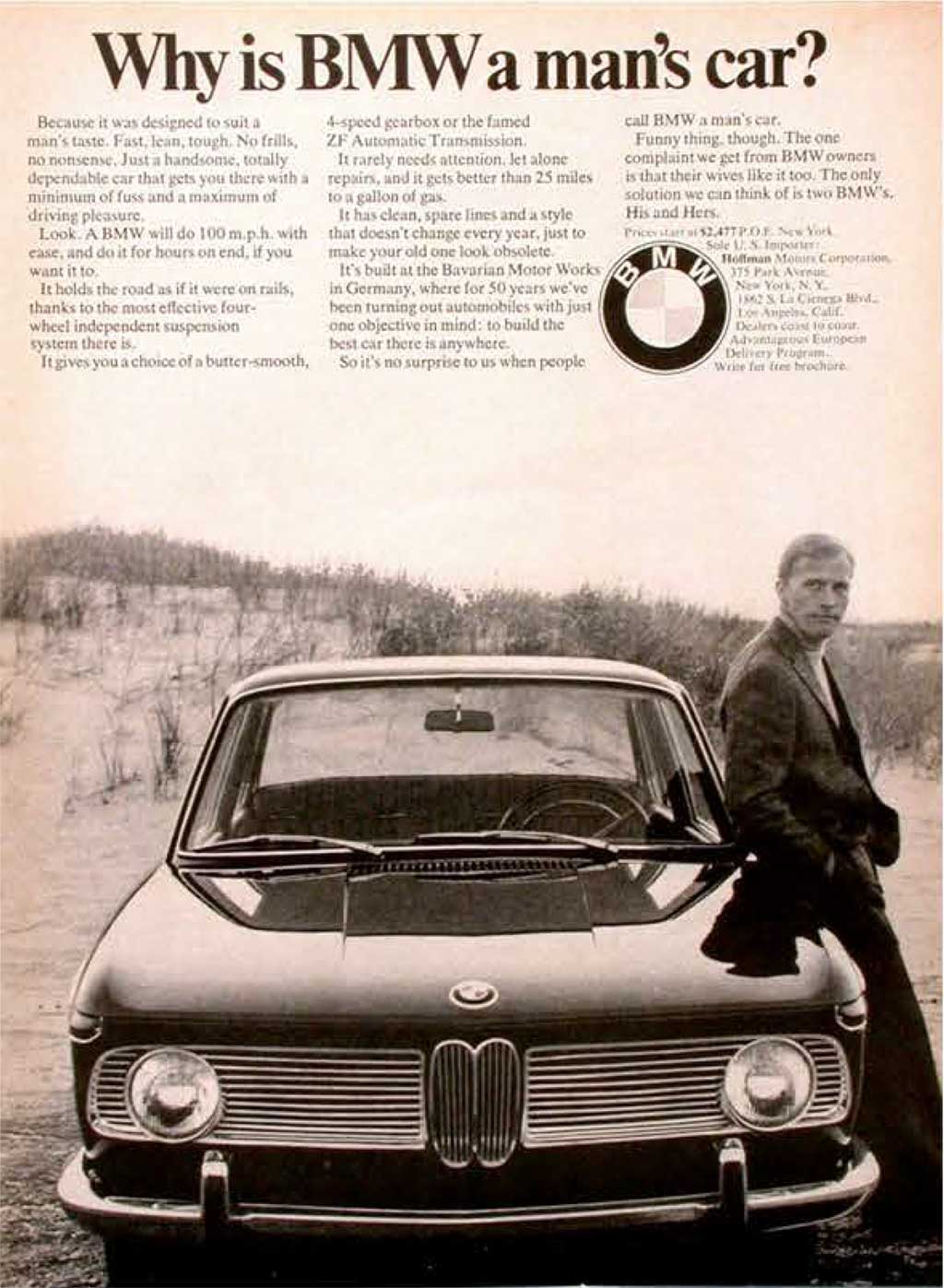 “Successful men choose BMW.”  The perfect position for the brand at the perfect time, ushering in the “German engineering” of Audi, Porsche and Mercedes. 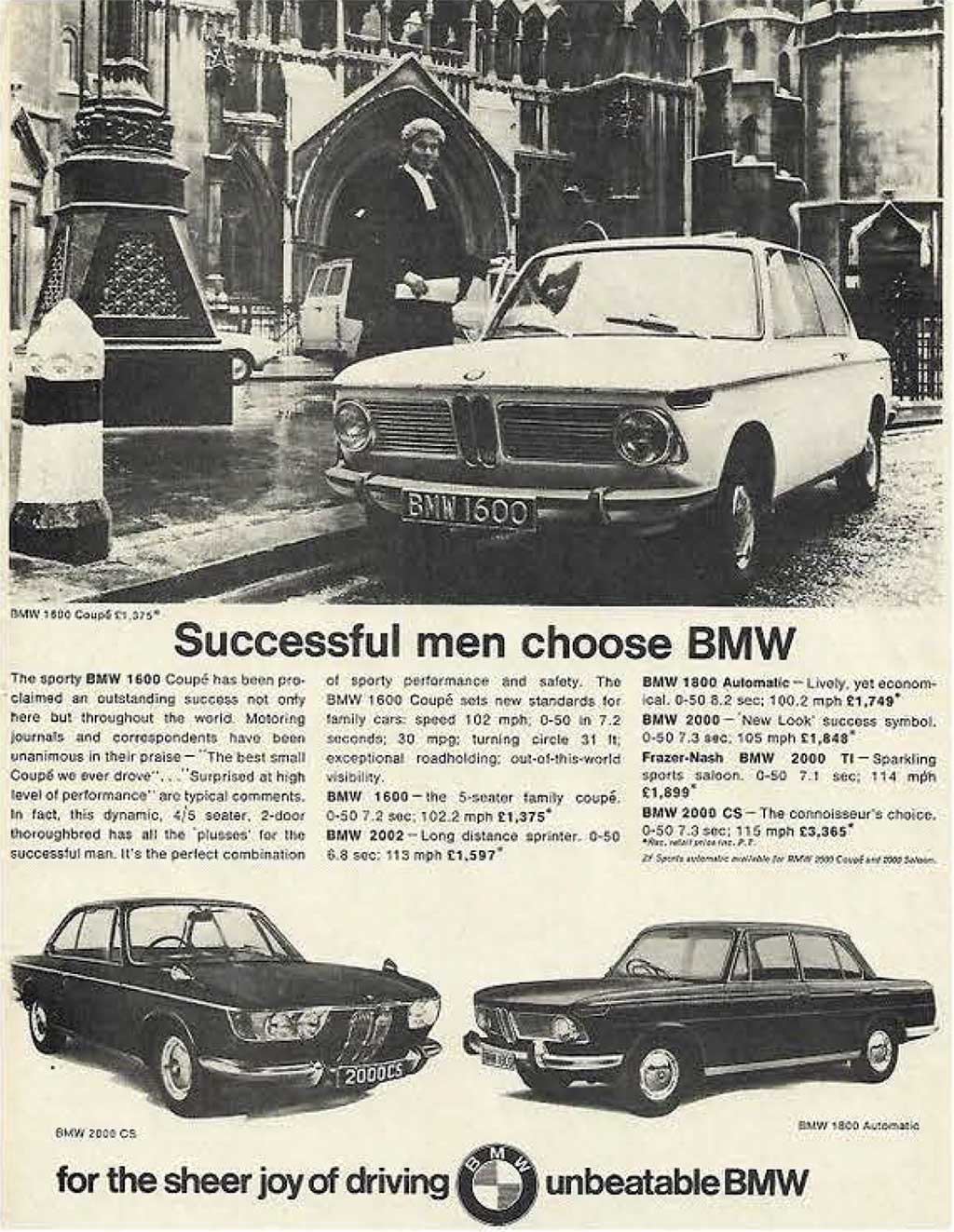 I pity the ad team that took on the Pontiac Firebird.While Pontiac’s GTO was hot, the Camaro ruled the Pony Car space. But they found a way create a distinct personality for the newbie brand. It was all about style and product positioning. The position?  The Camaro was for the gas-soaked power driver and the Firebird had all the same punch (both GM products) with a more gentlemanly roar. And by the way, the Firebird was really, really cool. First released about 5 months after the Camaro the Firebird shared the same chassis and several body parts with the Camaro. The difference came with the distinct styling and engine options. With a split front grille, beaked hood, and GTO-slitted taillights the new Firebird had a distinct Pontiac appearance and could be had with a V-6 or V-8 engine option.  Actually there where 5 engines to choose from!

Plymouth elevates the muscle game with the Barracuda (later just the ‘Cuda) Pony Car. The early models featured the enormous rear window, a sport track stance and peppy powerplant. With early advertising messaging that touted the Barracuda as a “family Sports Car,” the Barracuda became a 1960s icon, especially about drag racers. That success ignited an explosion in design and innovation within the brand. By the late 60s and into the early 70s the Cuda and the Challenger gave advertisers a true Mopar muscle story to tell. 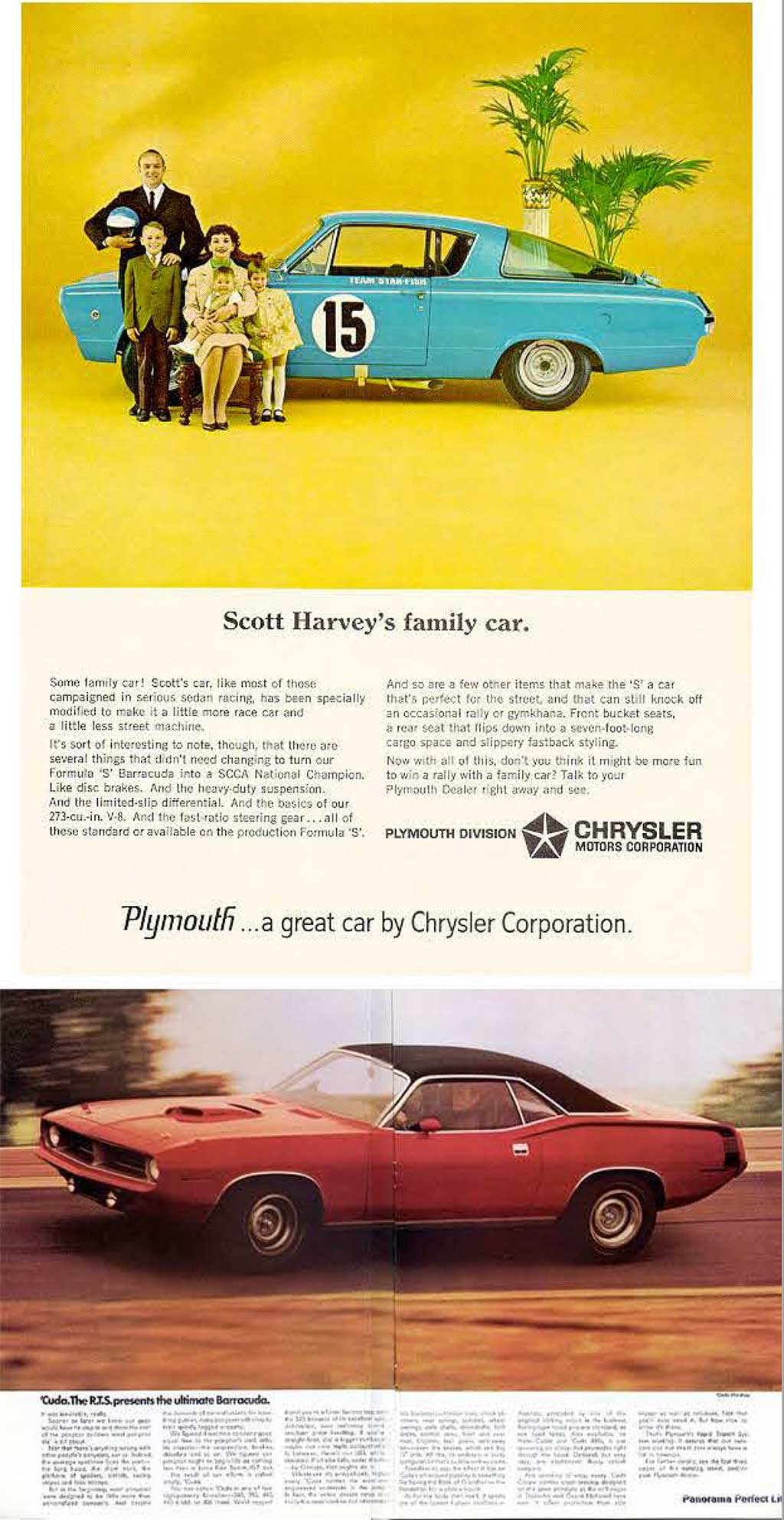 Affordable. Spacious. Dangerous! Memorable because the Advertising for the kind-of-sporty Corvair was laser-focused on the young family and Corvette wannabes. A car brand built solely on lifestyle, it was actually one of the homeliest vehicles ever built. The ads worked and sales grew until Ralph Nader attacked the Corvair in his book, Unsafe At Any Speed, in which he presented evidence that the Corvair was fundamentally an unsafe vehicle. Production of the Corvair was quickly cancelled. 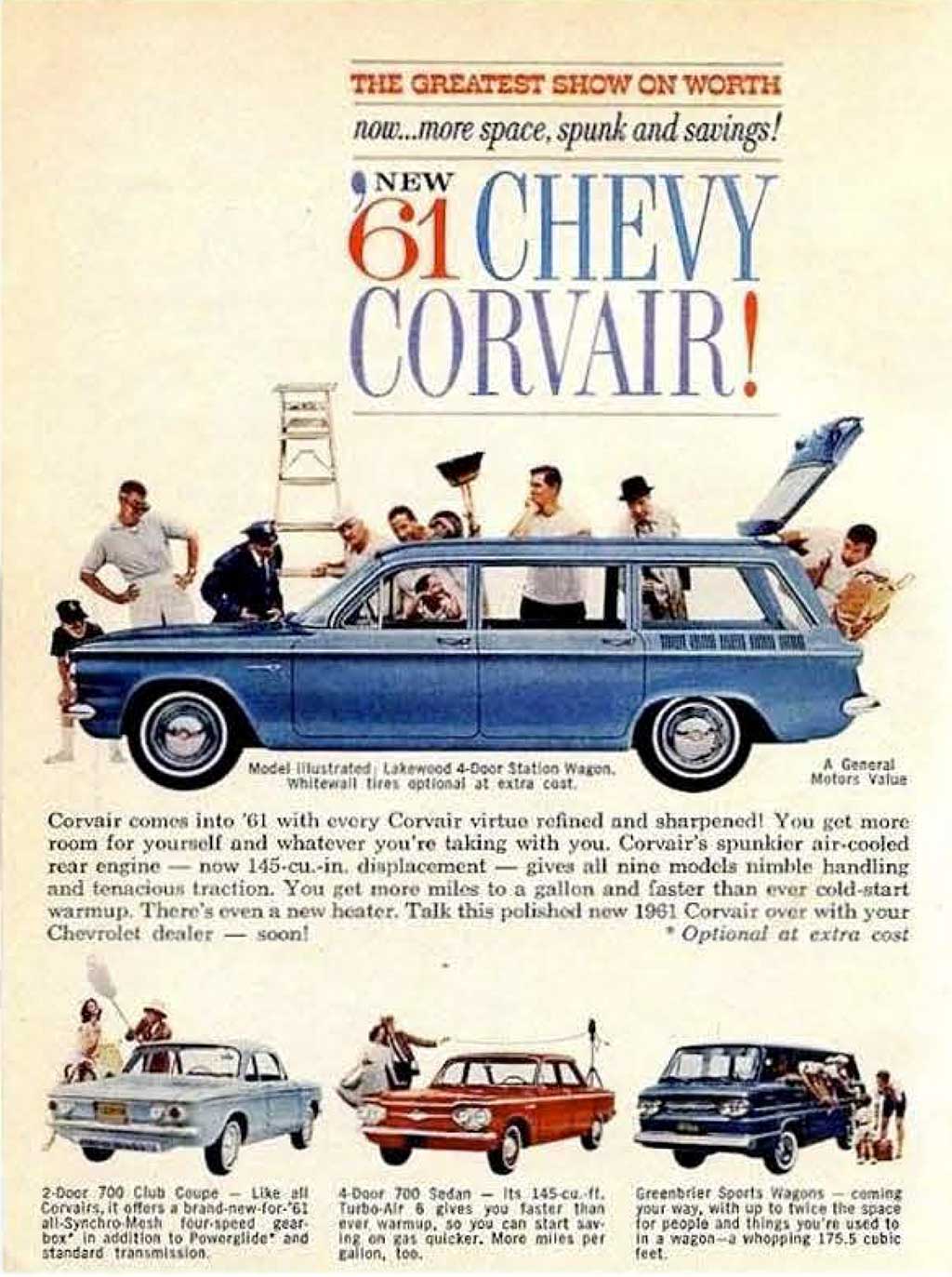 It remains the only American-designed, mass-produced passenger car with a rear-mounted, air-cooled engine — with a total production of approximately 1.8 million and cleverly marketed from1960-1969. 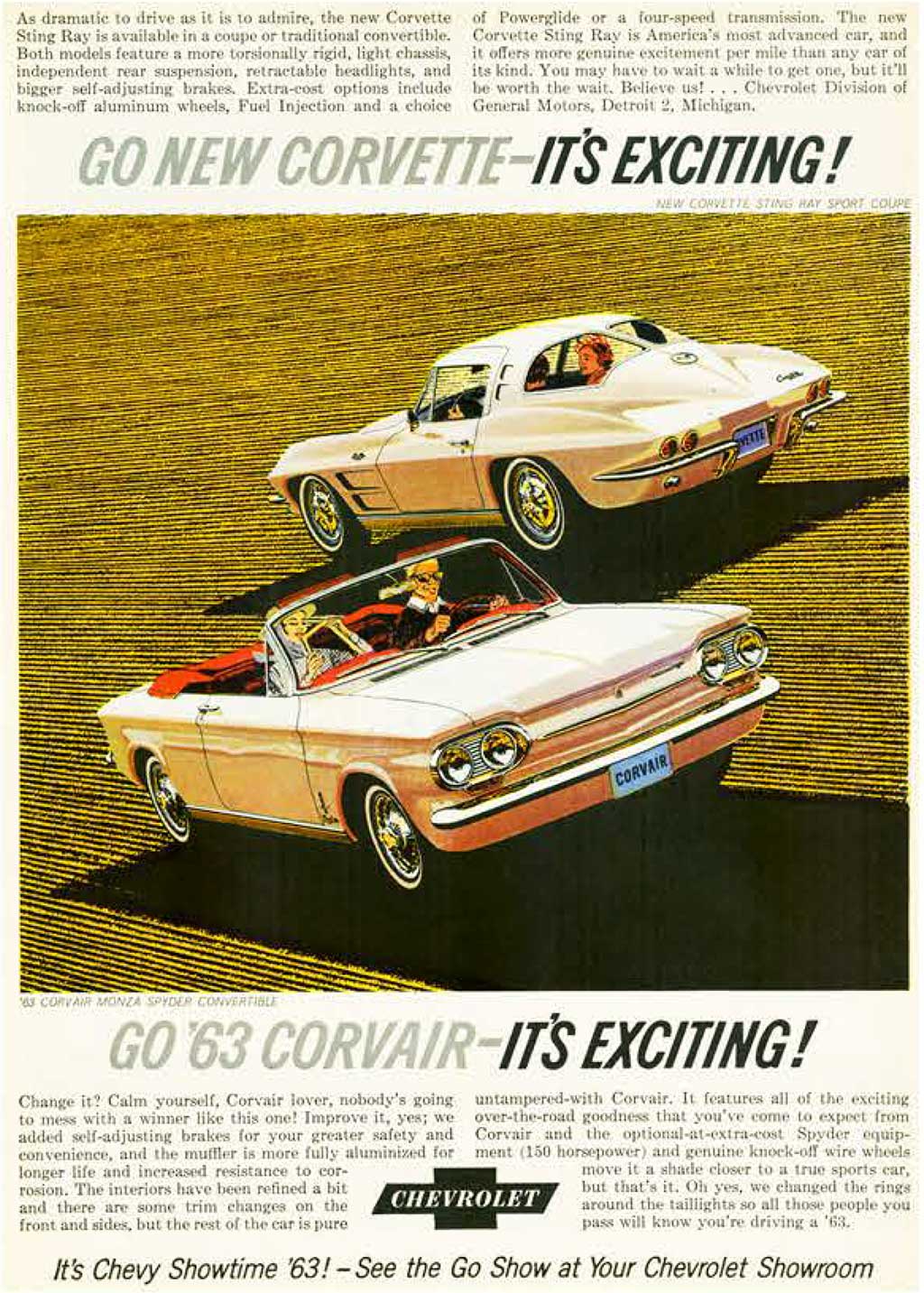 What young ad exec or creative director wouldn’t want to work on the Corvette account. By the 1960s, the Corvette was the ultimate sports performance coupe. And it was about the combination of raw power, racing style and a sexy-sounding super engine. No brand has built and maintained the amazing legacy of the Chevrolet Corvette. 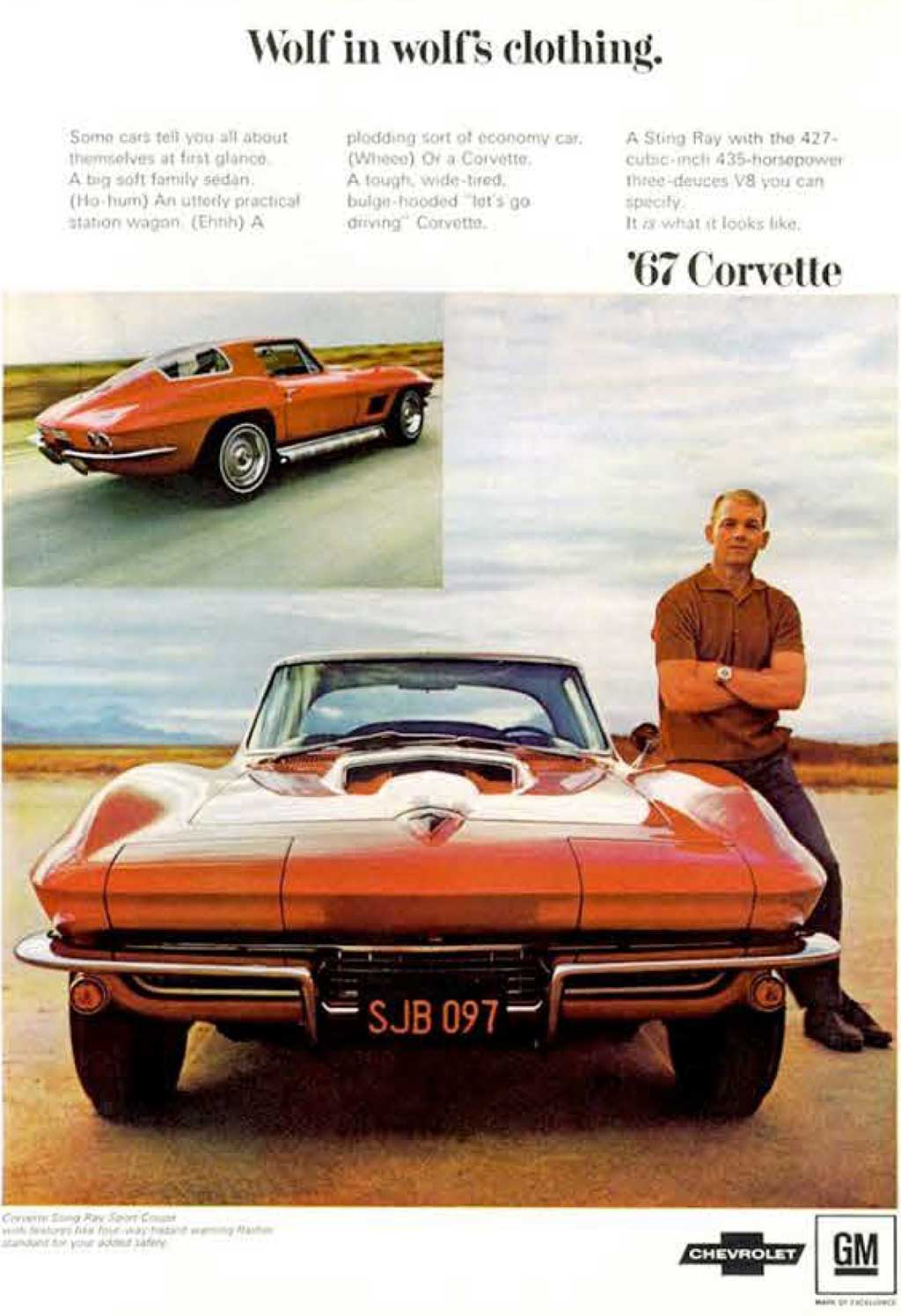 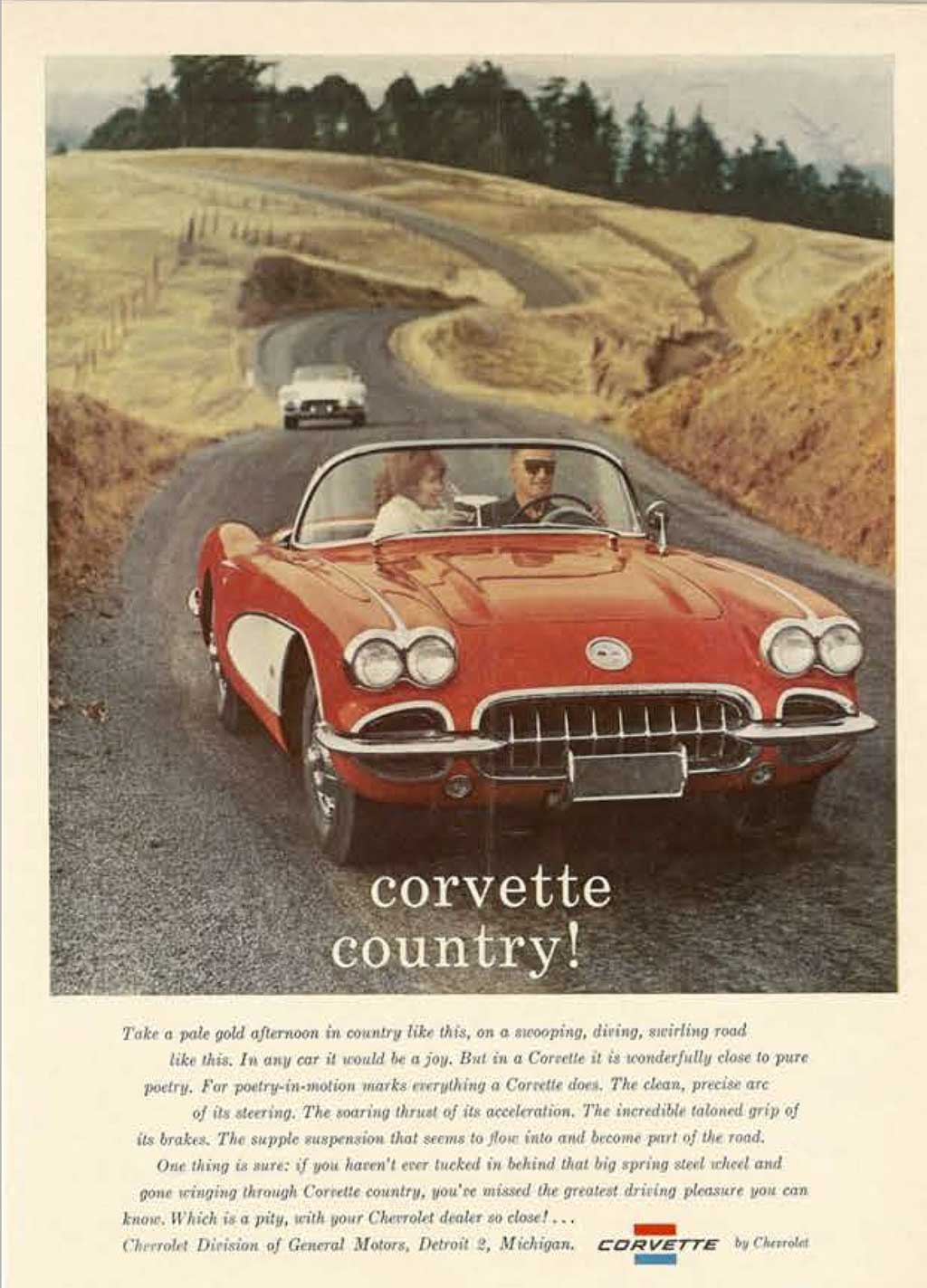 The history of Corvette advertising represents the finest in brand promotion.

The Sting Ray name returned in 1969 after sitting out a year, though it was now one word: Stingray.  The 327 CID small-block V8 options were replaced with a 350 CID engine.

FACTOID: Though only two were built, the 1969 ZL-1Corvette reportedly produced in the neighborhood of 585 horsepower.