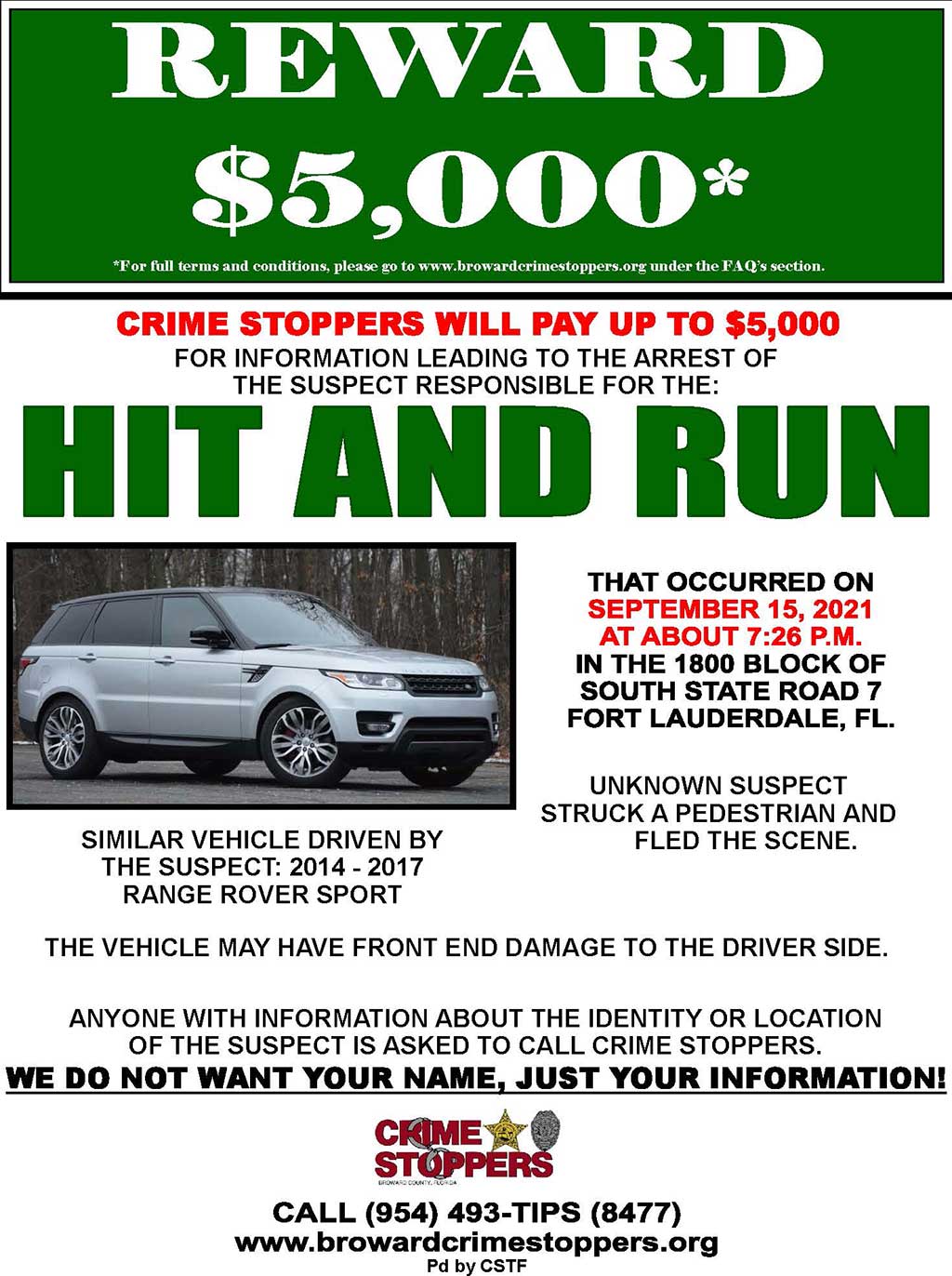 Detectives with the Broward Sheriff’s Office Traffic Homicide Unit are releasing surveillance video of a vehicle suspected in a hit-and-run crash that occurred in unincorporated Central Broward Wednesday, Sept. 15.

At approximately 7:26 p.m. that Wednesday, BSO deputies responded to a vehicle versus pedestrian call near the 1800 block of South State Road 7 in unincorporated Central Broward. Preliminary investigation revealed Jose Antonio Juarez-Vargas was attempting to cross the southbound lanes of South State Road 7 when he was struck by a 2014 to 2017 white or silver Range Rover Sport. The Range Rover then fled the scene eastbound at Southwest 19th Street and South State Road 7.

Fort Lauderdale Fire Rescue responded and transported Juarez-Vargas to a local hospital to be treated for his injuries. He remains hospitalized.

Surveillance video obtained near the crash site shows the Range Rover seconds after the collision. The vehicle is seen making a left turn at the intersection.

According to detectives, the vehicle most likely has front-end damage as a result of the crash.

Anyone with information regarding this incident is asked to contact BSO Traffic Homicide Detective Chandler Greetham at 954-321-4844. If you wish to remain anonymous, please contact Broward Crime Stoppers at 954-493-TIPS (8477) or online at browardcrimestoppers.org. Anonymous tips that lead to an arrest are eligible for a reward of up to $5,000.