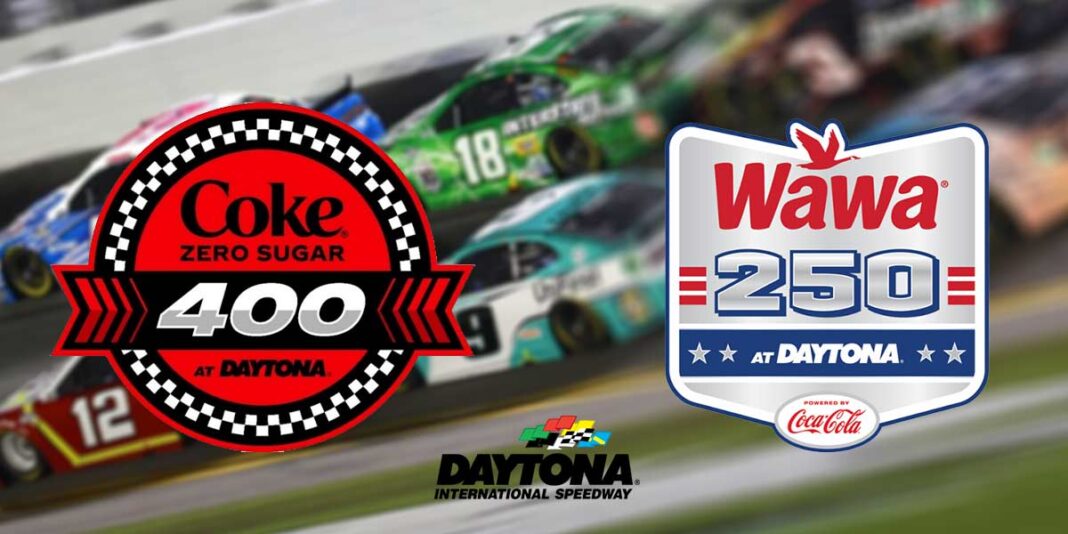 Drivers and Teams Prepare to Tackle the Iconic Venue, Including a “Last Shot” to Make the 2022 NASCAR Cup Series Playoffs Saturday Night in Coke Zero Sugar 400

The Honorary Officials and Pre-Race Performers/Participants for this weekend’s Wawa 250 Powered by Coca Cola and Coke Zero Sugar 400 were announced today, highlighted by the Grand Marshal of the Coke Zero Sugar 400, Florida Panthers forward Carter Verhaeghe.

The 27-year-old Verhaeghe, who has been with the Miami-based squad since fall of 2020, set a new Panthers record for points in a Stanley Cup Playoff game when he scored five in Game 5 of the 2022 Eastern Conference First Round, a 5-3 win against the Washington Capitals. He was also a member of the 2020 Tampa Bay Lightning Stanley Cup Champions.

Below is a list of all participants in the Pre-Race Ceremonies for Friday’s (Aug. 26) Wawa 250 Powered by Coca Cola and Saturday’s (Aug. 27) Coke Zero Sugar 400:

The action on the track begins Friday with qualifying for the Wawa 250 Powered by Coca-Cola at 3 p.m., with the race against the clock for the Coke Zero Sugar 400 following at 5:05 p.m. At 7:30 p.m. the Wawa 250 Powered by Coca Cola gets the green flag, as drivers from the NASCAR Xfinity Series challenge the 31-degree banking at the iconic speedway. Then, on Saturday at 7 p.m., it all comes down to the Coke Zero Sugar 400, the final race of the 2022 NASCAR Cup Series regular season before heading into the playoffs. Eight former DAYTONA Champions, including defending Coke Zero Sugar 400 Champion Ryan Blaney (+1200), are currently winless in 2022 and need a victory to guarantee the final spot in the premier series Playoffs.