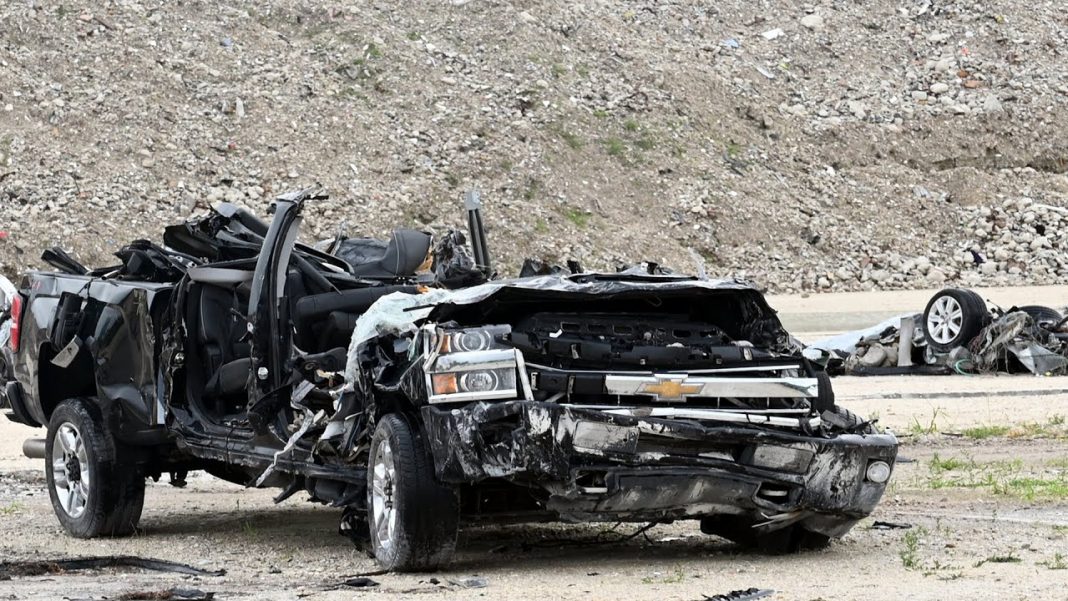 YouTuber Jeff Ostroff posted the following video that documents the crushed cars that were in the garage of the Champlain Towers Condo that collapsed in Surfside.  Warning:  It’s a very sad video as it depicts the forces that were exerted on the vehicles, and as you might imagine, on the victim’s of the Surfside condo collapse.

Ostroff posted the following about the video:

“In this video, we show you the crushed condo collapse cars at the debris holding site where NIST is performing their testing analysis of the condo collapse debris from the Champlain Towers South condominium in Surfside, FL. Here we are showing you a lot of the crushed cars as well as the massive debris piles with all the crushed concrete columns and rebar reinforcements. We have numerous photographs in high resolution as well as 4K video of the crushed garage vehicles from the condo collapse site. This holding site is about 10 miles West of the original site of the Champlain Towers South condominium.”

As you can see in the video, the debris and crushed cars are no longer in surfside, but rather in West Miami-Dade County.  It appears to be just south of Virginia Gardens on the west side of Miami International Airport.