GM Has Plans for Dual Charging Cable Technology: Will It Make Charging Faster?

There have been quantum leaps in battery technology in recent years, providing all-electric trucks and SUVs with more range and as a result, more sales. These massive power cells are in the 100-plus-kWh range, which do the job, but require extended charging times. 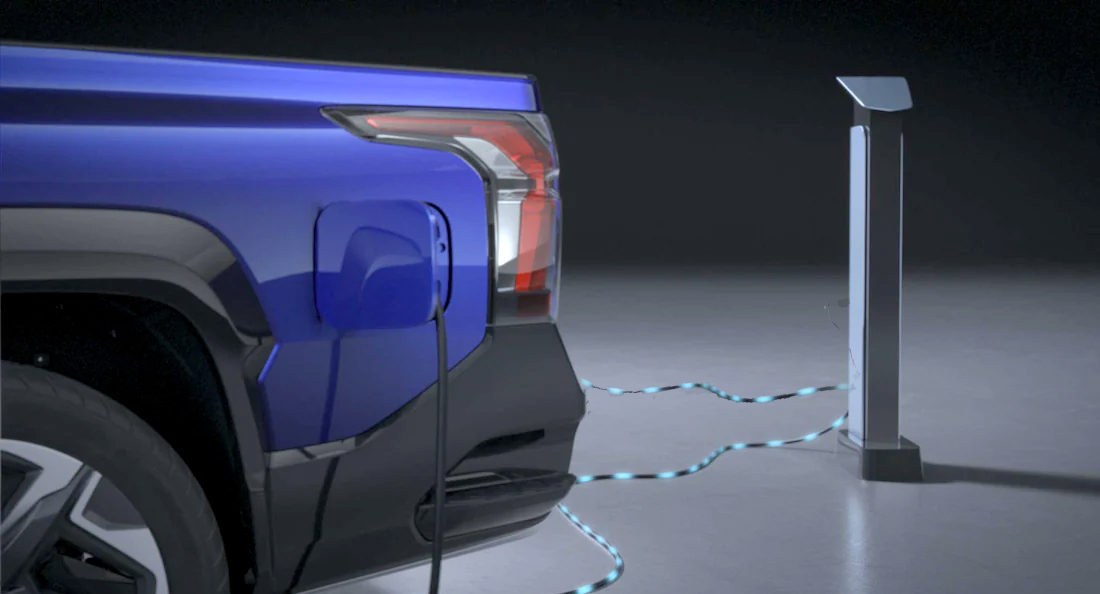 Well, a recently uncovered patent shows a theoretical EV truck outfitted with not one, but two charging ports. And that theory, could be a game changer. 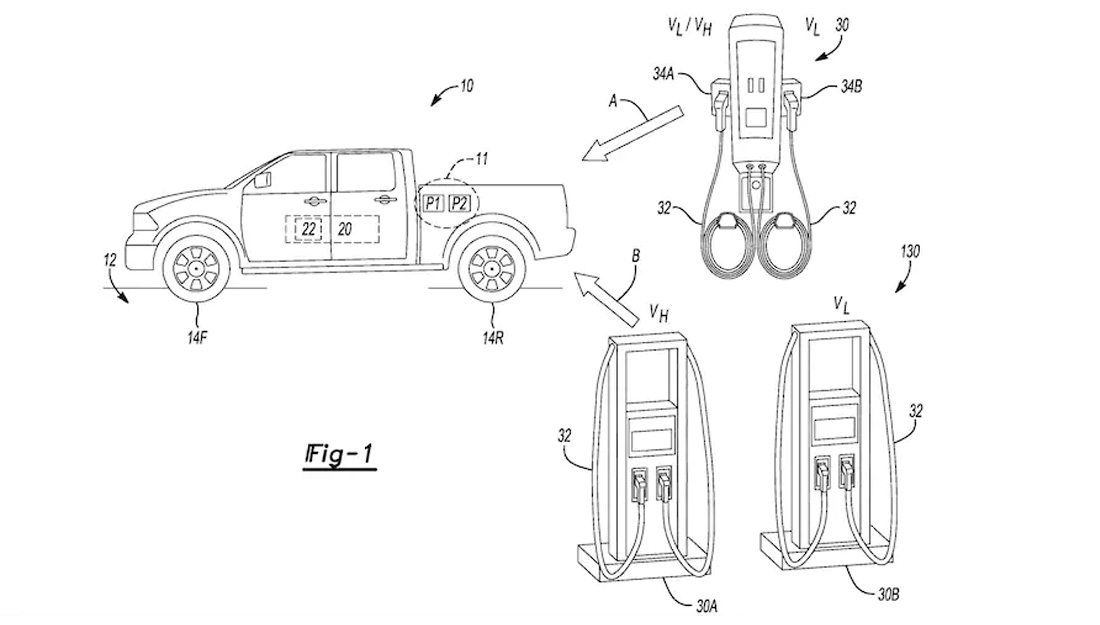 The design is based on the soon to be released dual-layer Ultium battery, which will be utilized in GM’s fleet of large trucks and SUVs. The battery pack is basically two 100 kWh packs, connected and stacked on top of each other. It allows them to act as one massive battery or as two separate batteries. That strategy, with twin charge ports, could dramatically decrease charging times — or so the theory goes. 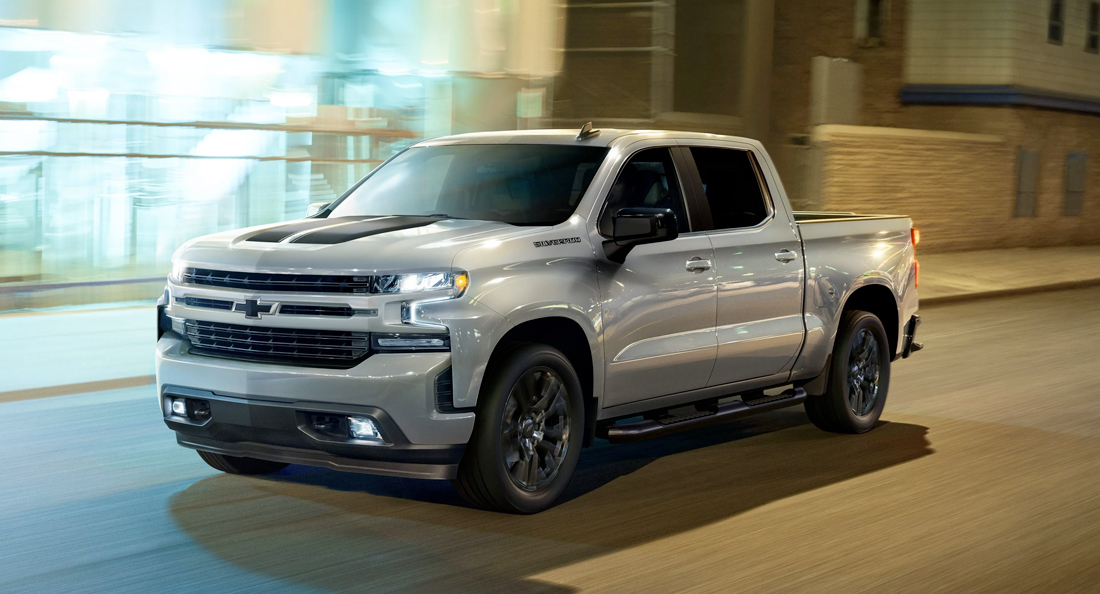 An interesting leap in charging functionality

GM’s design for one port allows 800V charging, while the other allows 400V charging. Software allows the user and the vehicle to have several options for charging. Plug in one cord from one 350 kW charger and charge the entire pack, in series, at 800V.

That’s an optimal scenario. In the event that a 350 kW fast-charger isn’t available and you need significant battery replenishment quickly, you could, theoretically plug in two cords — from two 150 kW fast-charging towers — and run the pack in parallel mode, charging both at 400V.

Plans are included in the design to upgrade both ports to 800V, giving a potentially lightning-fast charge rate, with potential applications for double charge ports paired with two-layer Ultium battery tech.

A big advantage: Dual charge ports at high voltages could make electrification possible for vehicles whose sheer size or workload might preclude doing what the vehicle needs to do with a single charge port — an EV semi, or an EV dump truck. Huge vehicles that would, theoretically, need massive battery packs and minimal downtime, and a single 800V charge port just might not work. Enter Tesla’s plans for so-called Megachargers for its Semi, rumored to exceed 1 mW. Split the pack virtually in two and charge each portion separately. Could work…

Ultium Charge 360 offers apps, maps, and easy payment for more seamless charging of your new EV. General Motors is going all-in to make it easier to charge its new electric vehicles it has coming. Ultium Charge 360 is the umbrella for a number of initiatives it has planned, including apps and services integrated into a growing charging network, which ought to improve the overall EV ownership experience. GM CEO Mary Barra has said from the outset that a seamless customer experience and the elimination of range anxiety are keys to the adoption of electric vehicles.