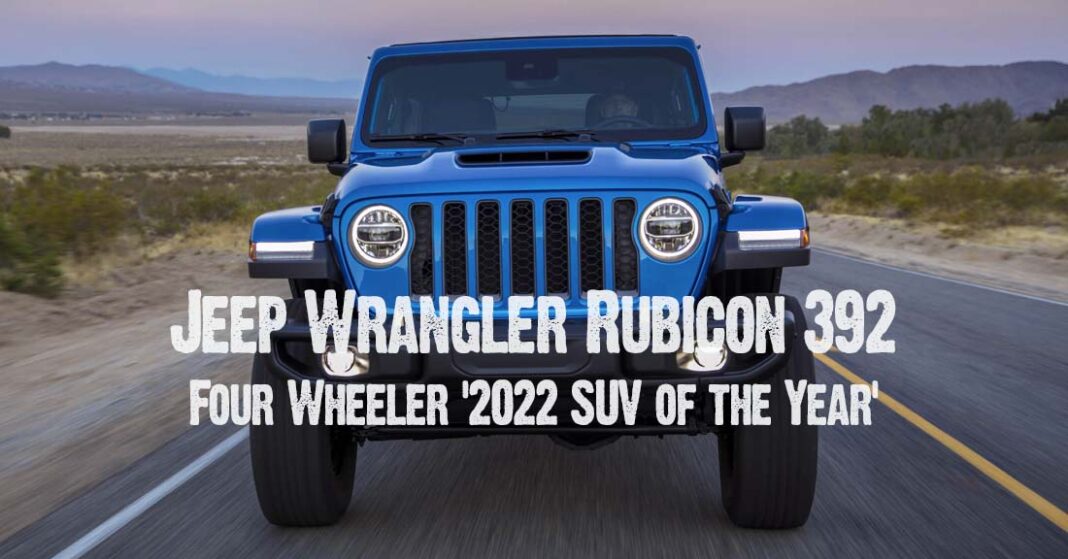 The 2022 Jeep Wrangler Rubicon 392 – the quickest and most powerful Wrangler yet – is Four Wheeler 2022 SUV of the Year.

The legendary nameplate lives on and thrives — 2022 Jeep Wrangler Rubicon 392 is the quickest and most powerful Wrangler yet – accelerates from 0-60 mph in 4.5 seconds and features a 6.4-liter V-8 engine rated at 470 horsepower and 470 lb.-ft. of torque.

Four Wheeler’s SUV of the Year competition, open to all-new or significantly revised SUVs for the upcoming model year, culminates in the annual award judged by the editors of the 4×4 enthusiast publication. They raved. “The Wrangler Rubicon 392 may just be the pinnacle of factory off-road SUVs. There has been nothing like it before, and there likely won’t be anything of the sort once it’s gone.” 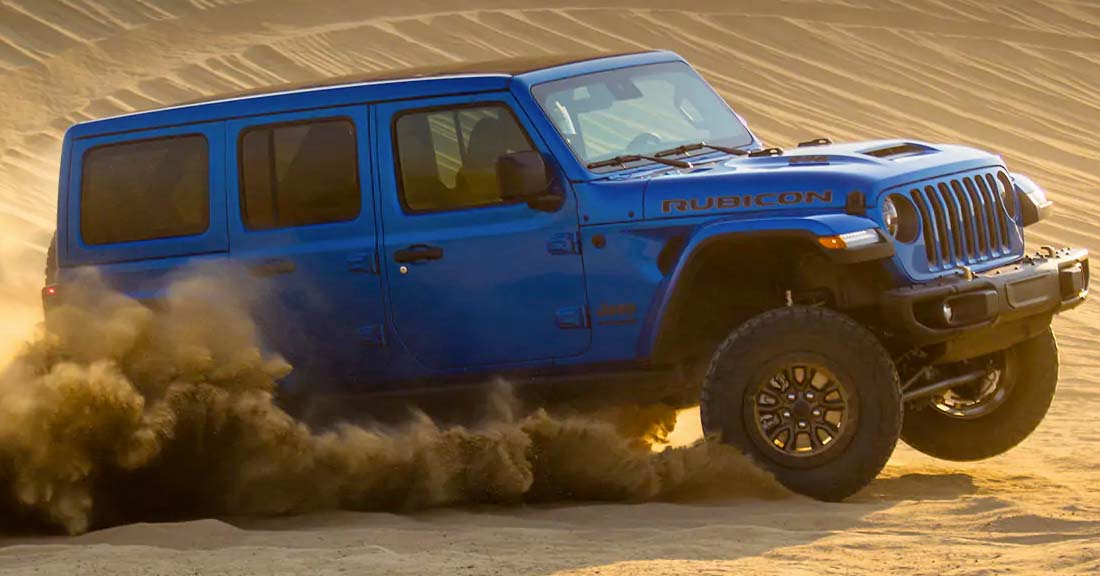 “The Jeep Wrangler 392 is the first vehicle in decades of testing to hit a bullseye on everything that the Four Wheeler staff has ever wanted in a factory 4×4,” said Four Wheeler Content Director Sean P. Holman. “With solid axles, front and rear lockers, a disconnecting anti-roll bar, flexy link-coil suspension, 35-inch tires and absolutely sublime V-8 integration that brings with it an incredible 470 horsepower and 470 lb.-ft. of useable torque, the Wrangler 392 elevates Jeep’s iconic enthusiast vehicle to another plane and should be tops on any buying list for as long as it lasts.”

“Jeep’s Wrangler Rubicon 392 may just be the pinnacle of factory off-road performance. For generations off-road fans have been desperately seeking a vehicle with solid axles, big tires and a powerful V-8 engine. Jeep’s inclusion of the 470-horsepower 6.4-liter HEMI® V-8 engine in a Wrangler both shocked and delighted the off-roading world while fulfilling their collective wildest dreams,” said Truck Trend’s Jason Gonderman. “And the fact that you can pair it with all of the goodies that come with the Rubicon package, 35-inch tires through Jeep’s Xtreme Recon package, and that it all comes with a factory warranty is a combination that will truly be difficult to beat.”

Four Wheeler’s weeklong testing regimen includes ramp travel index (RTI) testing to gauge each vehicle’s suspension articulation; track testing, including 0-60 and quarter-mile acceleration times, and 60-0 braking distance; and on- and off-road evaluation in the mountains and deserts of Southern California and Nevada. Vehicles are subjected to a variety of off-road conditions, including sand, rocky trails, loose-surface trails, rutted backroads and loose dirt hill climbs. Night driving was also integrated into the competition to gauge the performance of each vehicle’s lighting equipment. 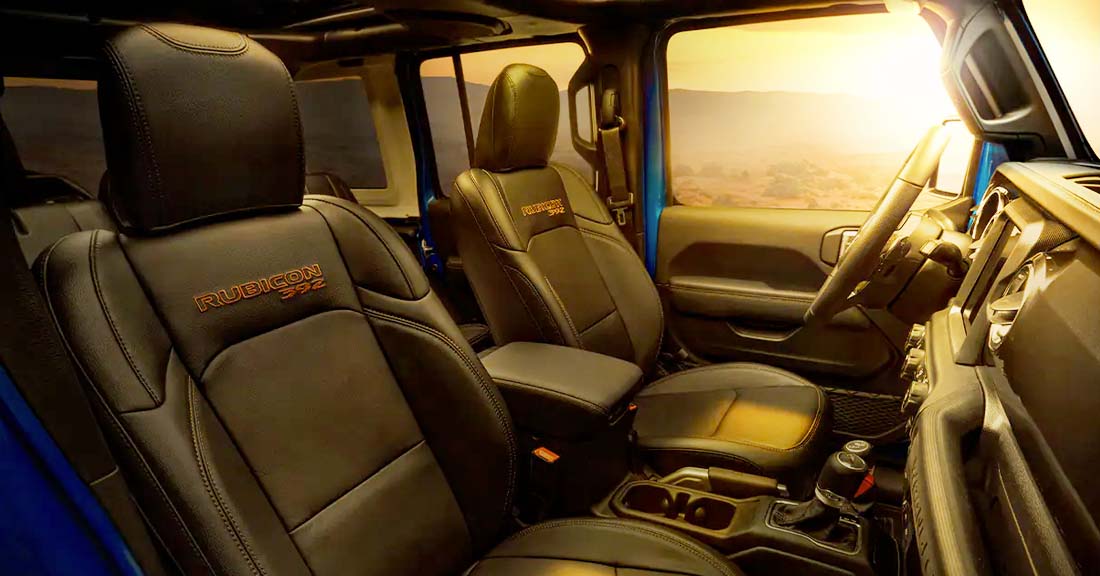 “Earning the title of Four Wheeler’s prestigious SUV of the Year award validates the Jeep Wrangler Rubicon 392 both as the benchmark for high-performance SUVs, and also as the best of the best for extreme 4×4 capability,” said Jim Morrison, vice president and head of Jeep brand North America. “Having the top two spots, with Wrangler Rubicon 392 in first and Wrangler Rubicon 4xe in second, also shows the breadth of the Wrangler lineup defined by our customers. The Four Wheeler test is grueling and the team is loaded with avid and expert off-roaders who truly understand 4×4 capability, which makes this honor even more meaningful.”

Jeep Wrangler Rubicon 392 with Xtreme Recon PackageThe most capable, quickest, most powerful Wrangler carries the 6.4-liter V-8, rated at 470 horsepower and 470 lb-ft of torque. Mated to the crisp-shifting TorqueFlite eight-speed automatic transmission and Selec-Trac full-time active transfer case, the V-8 rockets the Jeep Wrangler Rubicon 392 from 0-60 mph in 4.5 seconds and the quarter-mile in 13.0 seconds. Plus, this potent combination comes with a factory-backed warranty. 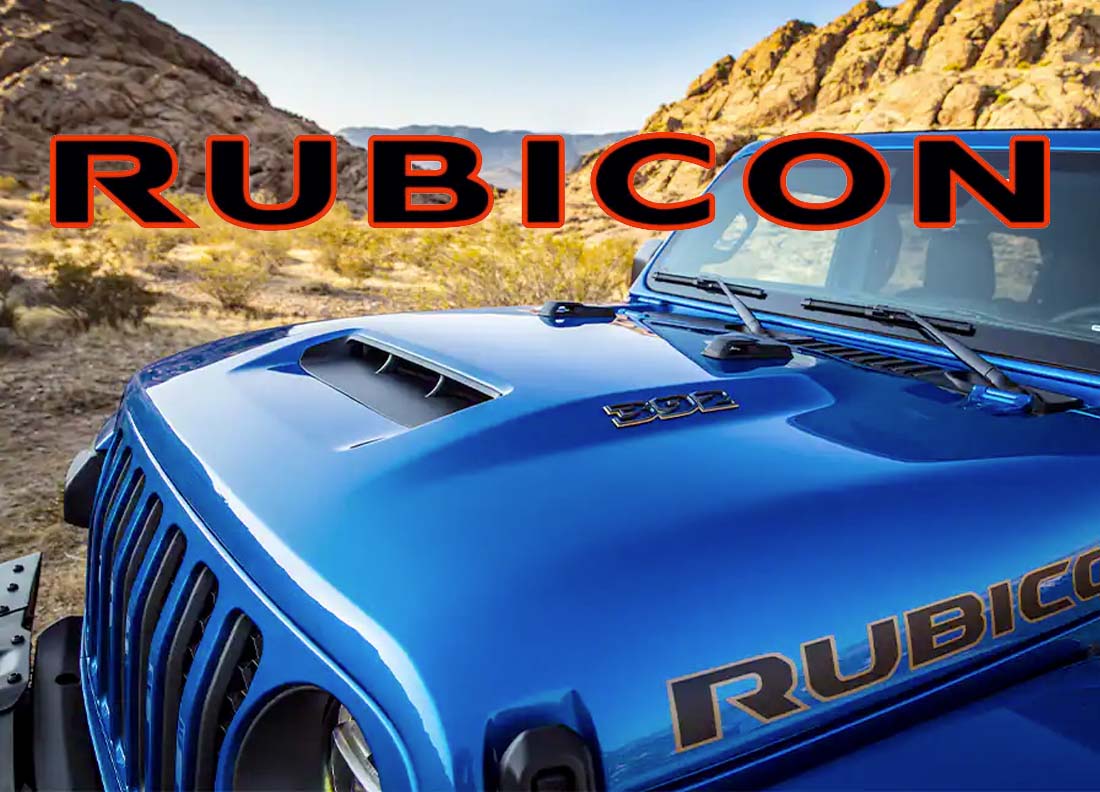 The result is the most capable Jeep Wrangler ever with 11.1 inches of ground clearance and improved approach, breakover and departure angles of 46.7, 24.5 and 39.8 degrees, respectively.

The addition of the 6.4-liter (392 cubic inches) engine marks the first time in nearly 40 years a V-8 has been a factory option for the Wrangler. Tuned specifically for the Jeep Wrangler Rubicon 392 and its functional hood scoop, the engine is rated at 470 hp and 470 lb.-ft. of torque. 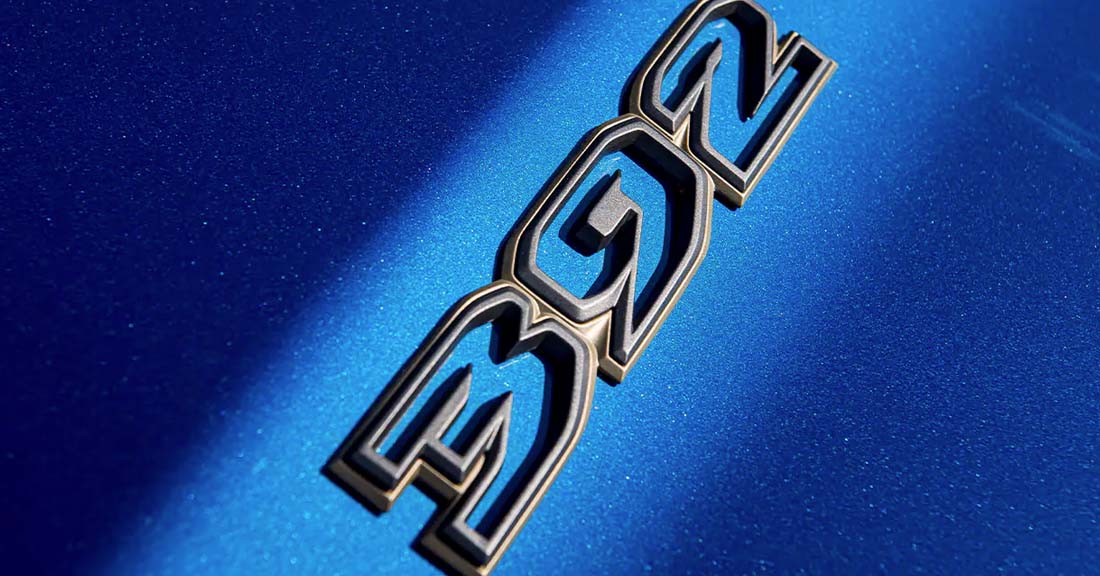 The Jeep Wrangler Rubicon 392’s drivetrain puts the power down to all four wheels, all the time.

The heart of the driveline is a Selec-Trac full-time, active transfer case with a 2.72 low-range gear ratio. The transfer case has four driver-selectable modes: 4WD Auto, 4WD High, Neutral and 4WD Low. This full-time two-speed transfer case is intuitive and allows the driver to set it and forget it, while constantly sending power to the front and rear wheels. The Selec-Trac transfer case also allows for Wrangler Rubicon 392 to be flat-towed.

Off road, the Wrangler Rubicon 392 delivers the legendary capability Jeep is renowned for. 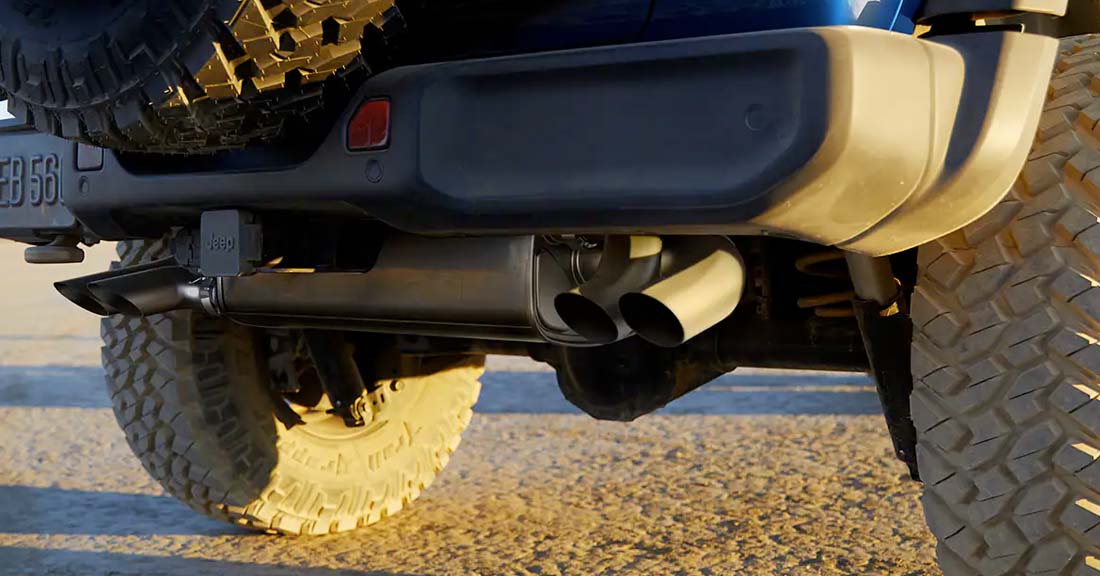 The 2022 Jeep Rubicon 392 keeps to the original design theme of Wrangler with bold and functional cues, a wide stance and its recognizable trapezoidal wheel flares. The factory 2-inch lift adds to the vehicle’s character and presence.

Adopted from the Jeep Gladiator Mojave, a 40-mm raised hood with aggressive appearance and a fully functional hood scoop provide cold air intake and greater water fording capability. It also carries a “392” badge on each side, signifying the most cubic inches ever offered in a Jeep Wrangler.

The grille design delivers greater airflow and cooling of the 392 V-8.