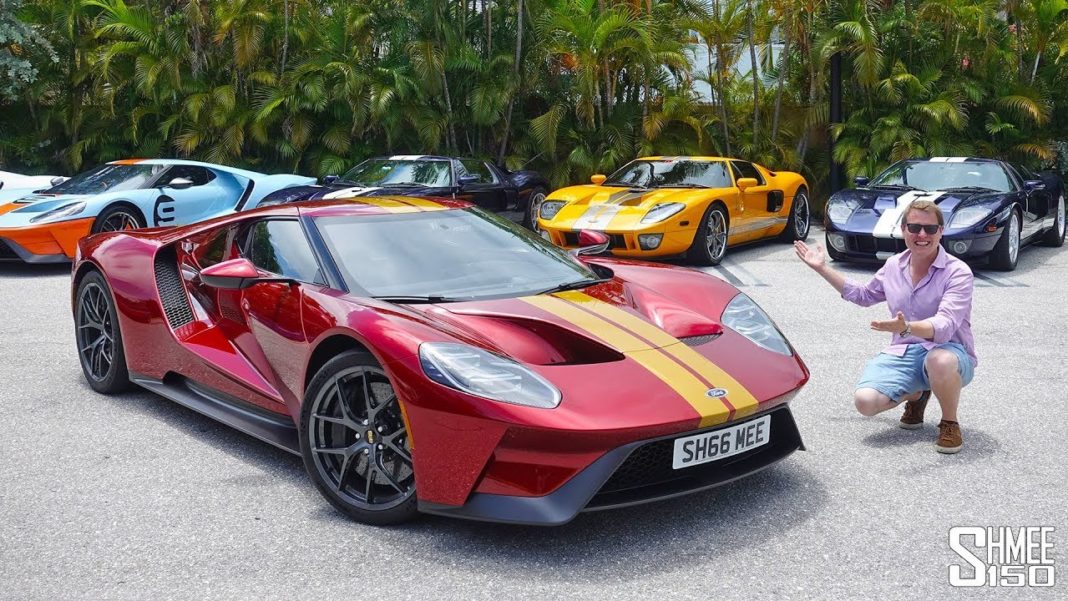 YouTuber Shmee150 posted this great video highlighting some of the beautiful cars at the Palm Beach Cars and Coffee event.  Here’s what he posted on YouTube:

I can’t quite believe the scale of the Palm Beach Cars and Coffee! For my first visit to the largest car event in the world, we set out from Miami in my Ford GT joined by a few other new and older GTs to see over 3,000 cars on show.

Kicking off very early in the morning we gather the troops including 2 other new Ford GTs, 2 older generation GTs and a De Tomaso Pantera alongside my new GT. Then it’s a blast up the highways to head towards the event location, home to a monthly gathering and on this occasion “Christmas in July” with a charitable angle donating toys to local kids charities.

At the event we can also reveal the two brand new McLaren Sennas from McLaren Palm Beach before exploring just some of the sheer volumes of cars in attendance. Everything from hundreds of Mustangs, to off-road trucks, to supercars can be found at the gathering. Also there was a line-up from RENNtech including the AMG GT4 racecar, GT 4-Door 63S and GT R plus streams of supercars from the likes of Ferrari, Lamborghini, McLaren and Porsche.

In the GT area we are also met by two additional new GTs and some more older GTs in a line-up that just gives on giving, and with around 30,000 people attending I’ve never seen such an event so busy before in my life.

A huge thanks to the organizers, the GT owners who put together the drive, McLaren Palm Beach, and everybody who attended the day! It’s held monthly and what an unbelievably smooth ship it is considering the sheer number of people and cars present.