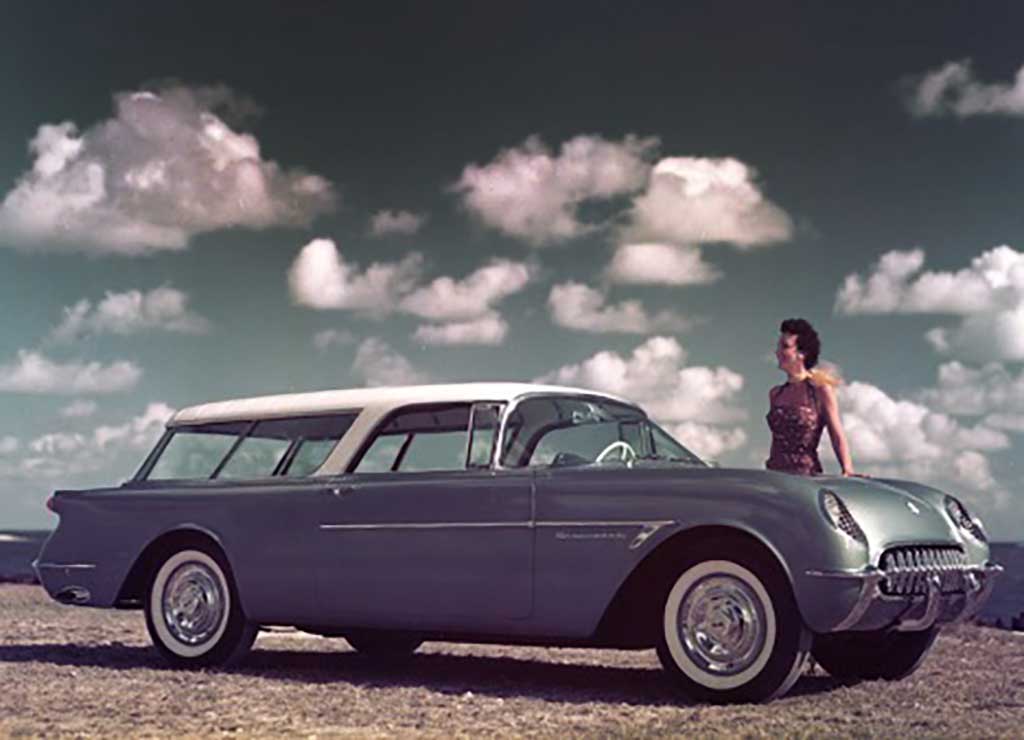 One of Chevy’s most novel ideas. Looking back, it seems like a crazy mix of the Bel Air Nomad station wagon — and Corvette sports car (look at that front-end design), by all accounts the industry’s first sports wagon ever made. At the time, a great notion. It was equipped with a first-generation Vette fiberglass front end (look familiar?), an obscenely low profile — and a streamlined design. The Corvette Nomad is a classic example of a great idea ahead of its time. Why Chevy never put the car into production remains a mystery — and a pity.

Stay tuned for upcoming volumes! We’re bringing you the most obscure cars to ever roll on the streets of Miami.

“…a crazy mix of the Bel Air Nomad station wagon — and the popular Corvette sports car — by all accounts the first sports wagon ever made”. Wierd?…yeah. Cool? You bet.

The 1954 Chevrolet Corvette Nomad Many Miami automotive historians consider the fate of the Corvette Nomad one of the most unfortunate fortunes of all time. GM built the Corvette Nomad as a concept car and premiered at the 1954 General Motors Motorama in New York City. In the era when wagons ruled, this was by far the sportiest, most stylish and most powerful of the herd. The experimental Nomad made its debut alongside the 54 Corvette Hardtop.

The ‘54 Corvette Nomad was basically a Corvette station wagon built on a stretched Corvette chassis. The silver-blue and white Nomad was fitted with a Corvette 150-horsepower, 235 cu.in., 6-cylinder engine with a 2-speed Powerglide transmission. Miami would have been the ideal family car for those catching rays on the Beach in the 1950s!

General Motors produced just five of the 1954 Chevy Nomads for the auto show circuit, and we’ve found that only three are known to still exist. GM designers gracefully blended in round headlamps mounted on gently curving fenders, a trademark Corvette grille and a forward sloping B-pillar. Cool in 1954 and cool today. Chevrolet continued to use the Nomad name until the end of the 1961.