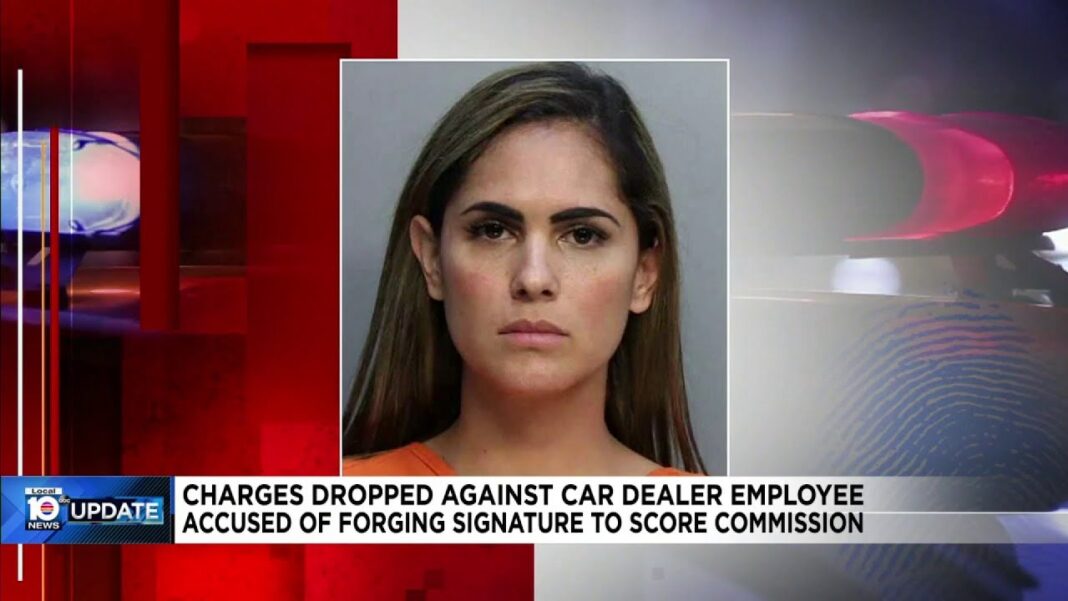 What a nightmare.  As you know, Sofia Pinedo, a finance manager at Tropical Chevrolet, was arrested in February on charges of forgery.  We also shared information from her attorneys who claimed that Sofia was the victim in this situation and that she was innocent of all charges.

Guess what.  WPLG Local 10 reported that the charges have been dropped and Pinedo has been cleared of forgery.

it’s still unclear what went so terribly wrong in this case.  Was the buyer the one who attempted to defraud the dealership?

Can you imagine if she’s doing her job properly and someone faked a signature and then blamed it on her?  And then she’s the one who got arrested?  That’s horrifying.

If the buyer did attempt to defraud the dealership and the banks, we hope they hold them accountable as I’m sure Ms. Pinedo has gone through a nightmare.

On the other hand, it may simply be a case of insufficient evidence to prosecute.  At which point there’s nothing that can be done.