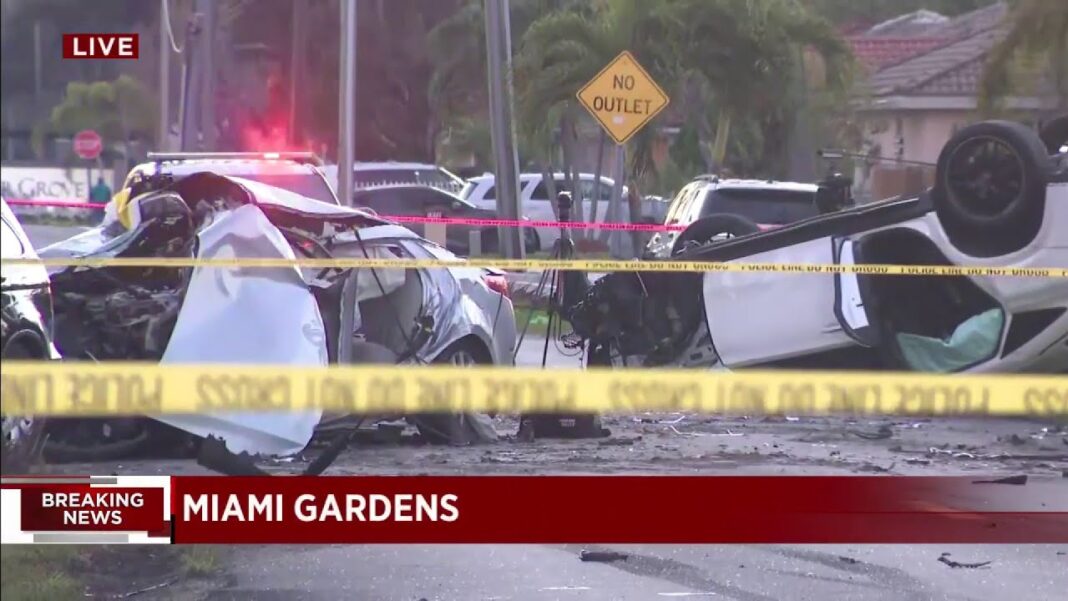 Local news reports are reporting on yet another fatal crash in Miami Gardens that occurred on Valentine’s Day at about 2 in the morning.  The accident occurred at NW 207th Street and NW 20th Avenue.

WSVN 7 reported that two sisters were in a Kia sedan.  One of them was left dead.  The other is in the hospital fighting for her life.

That conflicts with a CBS 4 report that stated the two women in the KIA were in the hospital.  CBS 4 claims that the passenger of the Mercedes SUV that struck the KIA was ejected from the vehicle and fatally crushed when the Mercedes flipped over.

Excessive speeds are believed to have contributed to the severity of the accident.  WPLG’s follow up report was in line with the reporting from CBS 4 indicating the passenger of the speeding Mercedes was ejected and crushed when the vehicle flipped over.

Key takeaways from this report.