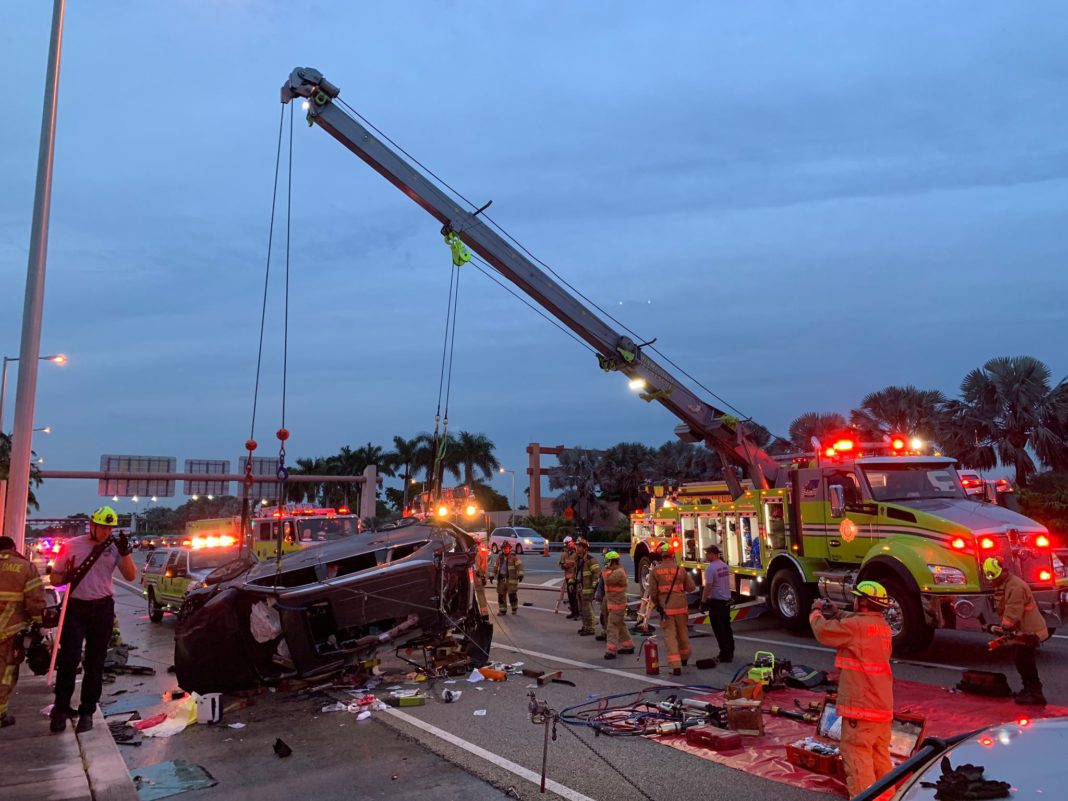 Miami-Dade Fire Rescue use their heavy equipment to save woman trapped in car. 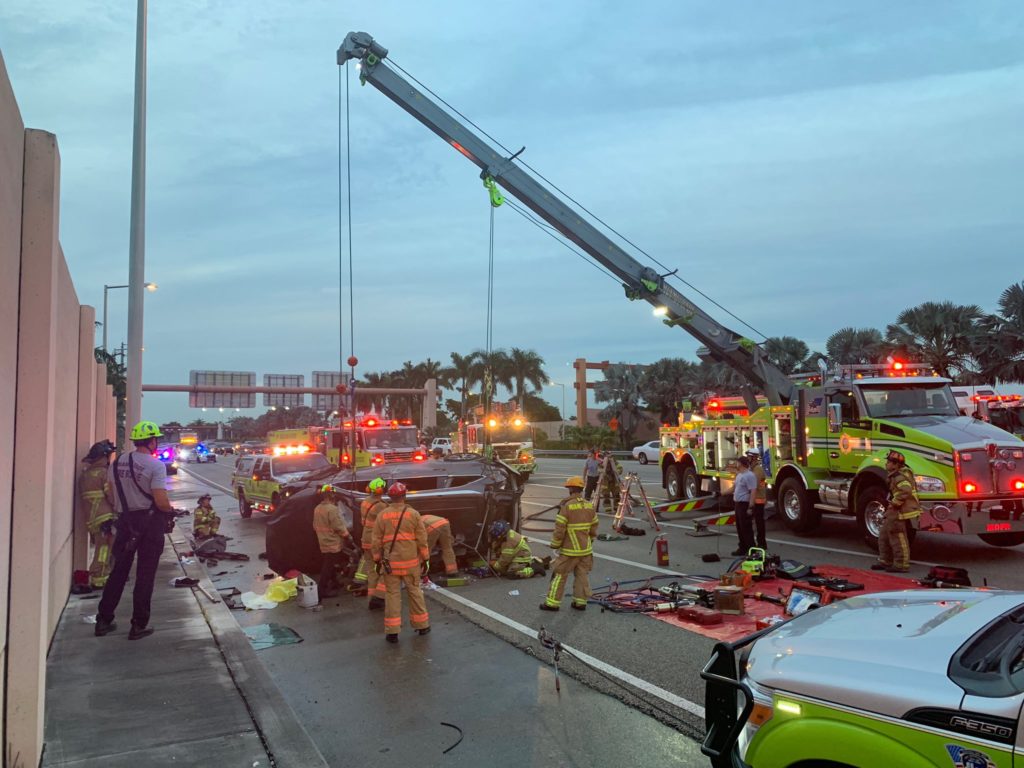 The incident occurred on Sunday, August 4th on the southbound lanes of State Road 874 near Killian Parkway.  According to Miami-Dade Fire Rescue, they were ale to free a female patient that was trapped inside the overturned vehicle. 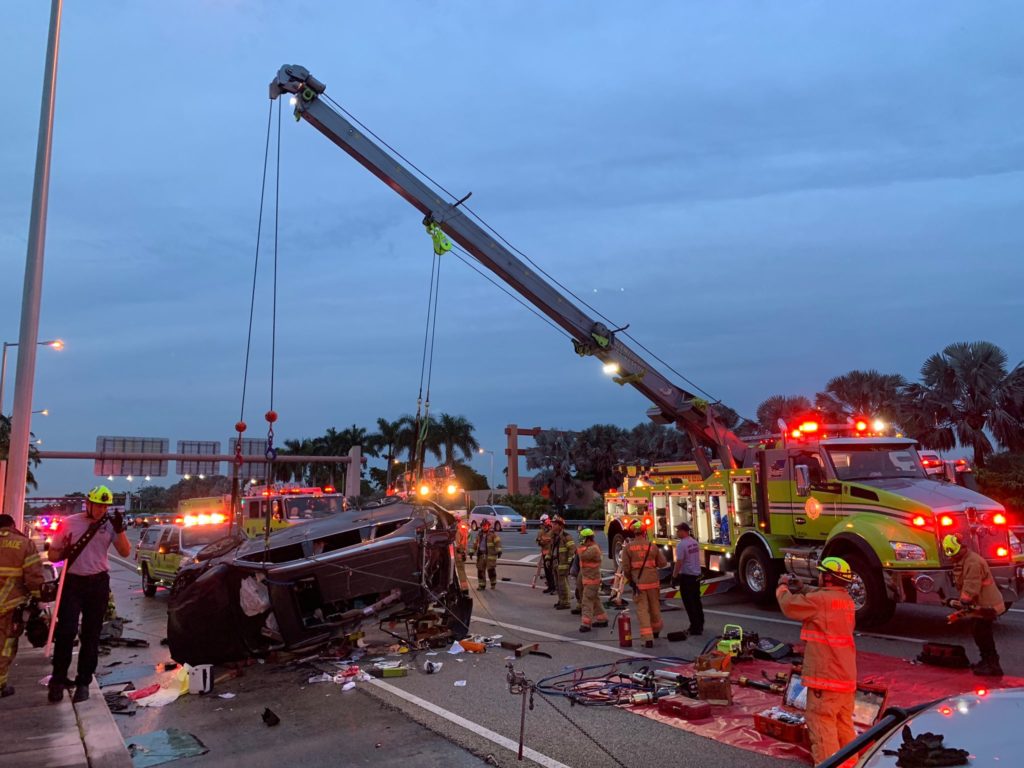 In total, three people were injured and transported to local hospitals.

Yesterday, #MDFR crews responded to a traffic accident SB on SR874 north of Killian Pkwy involving one patient trapped inside an overturned vehicle. With the use of heavy lift equipment & #TRT units, the patient was extricated. 3 patients were injured & transported to hospitals. pic.twitter.com/r9XT4wPzg4