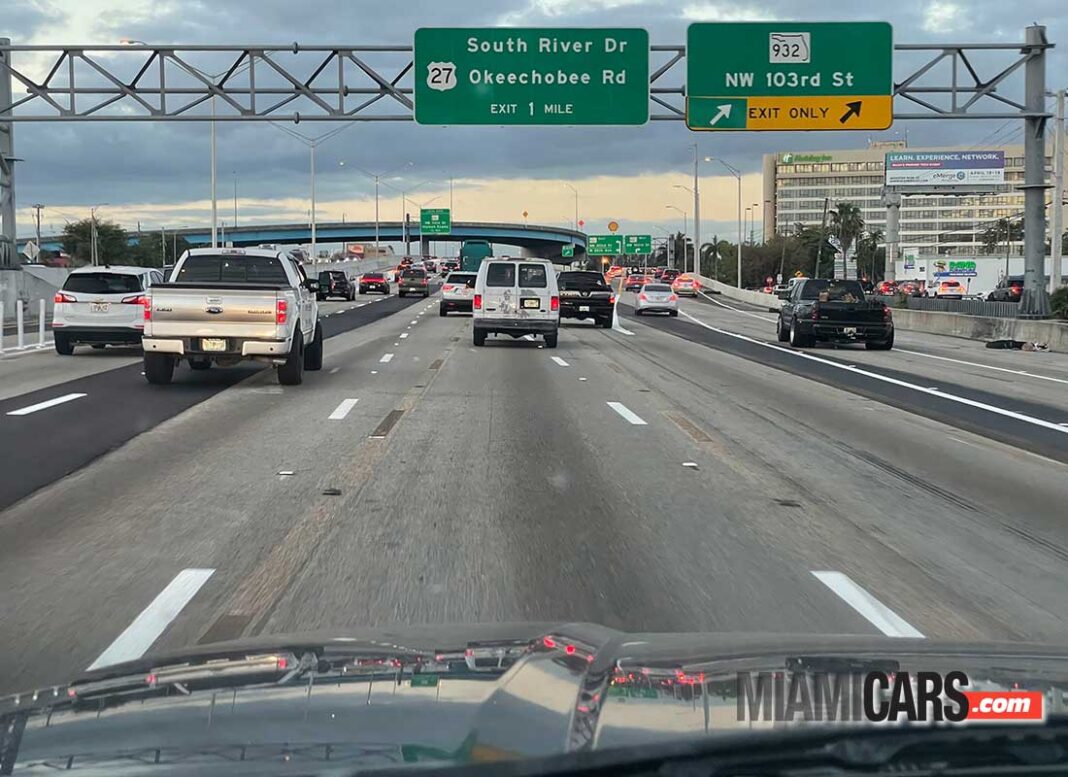 It only took two years for the FDOT to take one weekend and do what they should’ve done two years ago: Limit the Express Lanes on southbound Palmetto Expressway to a single lane and leave FOUR regular lanes for the Hialeah drivers. Last weekend, the FDOT finally completed this task.  (Yup.  Just one weekend to complete.). Make’s you wonder, what took them so long? 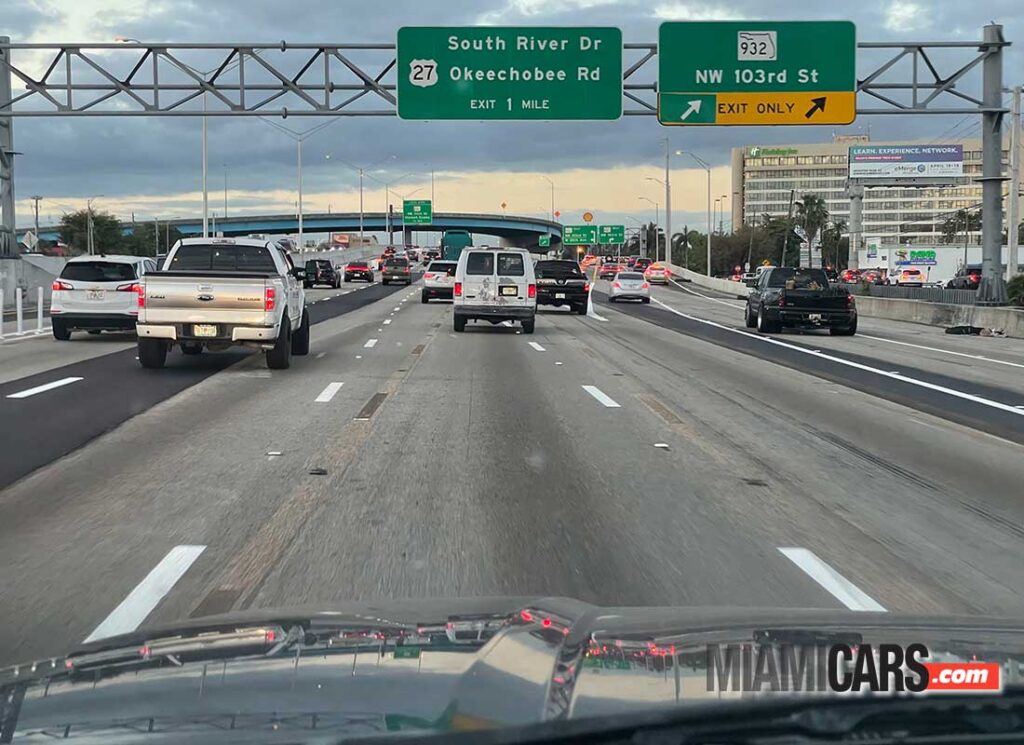 The project isn’t over as there’s over $60 Million budgeted to expand bridges on the Palmetto, but this one quick fix (which we asked for two years ago) was finally implemented by the FDOT.  And as you can see in the photo above, morning rush traffic is moving much better.  Yes, the Palmetto still carries a lot of traffic and there’s a new bottleneck at NW 74th street as the far right lane closes and a new left lane opens up.

The FDOT really doesn’t need 3 lanes for the Express lanes before 74th Street.  Instead of 2 express lanes and one exit lane, the FDOT can limit the Express Lanes to one lane that continues and one to exit.  That’s how they have it in several locations on I-95 in Broward.

Bottom line:  We’re happy to see traffic flowing better with this change.  We just don’t understand why it took the FDOT two years to correct this?  Obstinance?  Hard headedness?  As they say, “Never ascribe to malice that which is adequately explained by incompetence.”

What do you think of the changes?  Leave your comments below or let us know via social media.