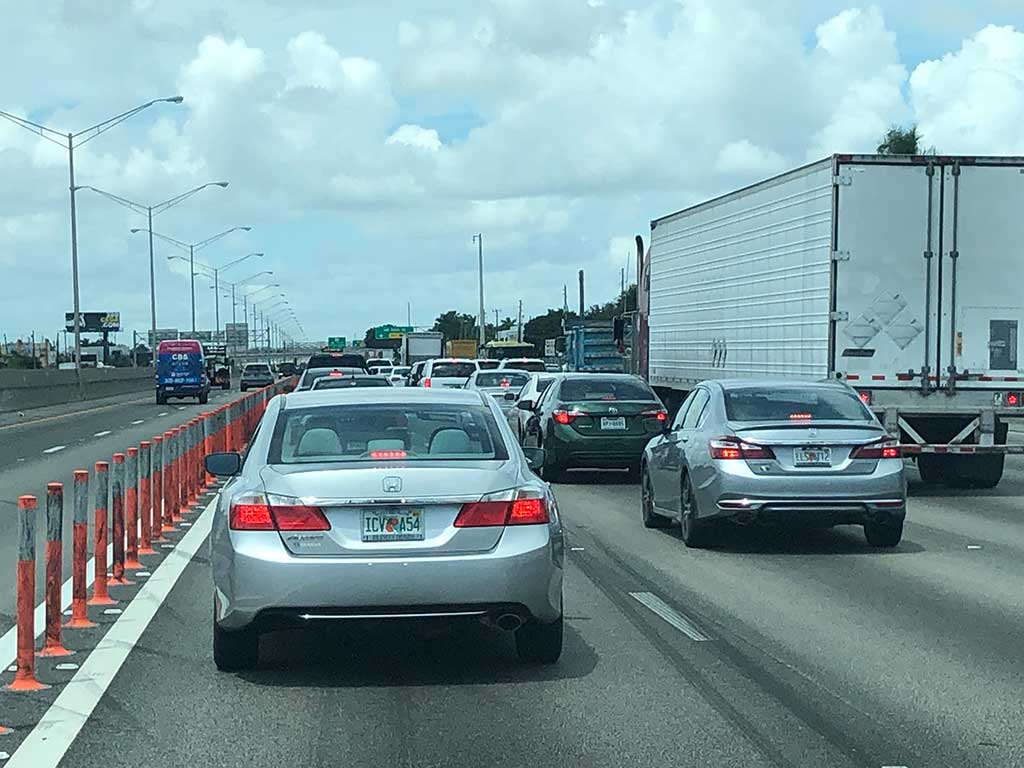 The new Hialeah Bypass Lanes, also known as the Palmetto Express Lanes are a disaster to the local traffic.

Let’s get straight to the problems:

Let’s address problem number one.  Does anyone disagree traffic has gotten worse?

Let’s look at the evidence.  Here’s a screenshot of the Pre-Hialeah Bypass Express Lanes on the Southbound Palmetto Expressway at NW 103rd Street.  Count the lanes: 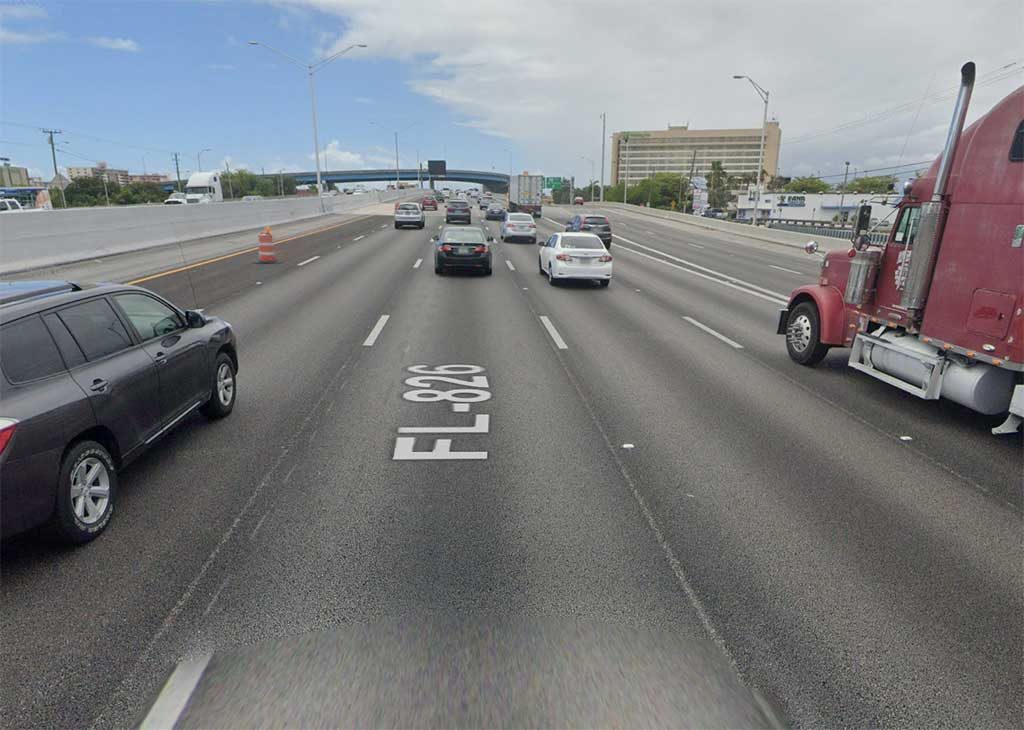 You’ll notice there are 7 lanes in total:

Now, let’s look at the current state of affairs with the Hialeah Bypass: 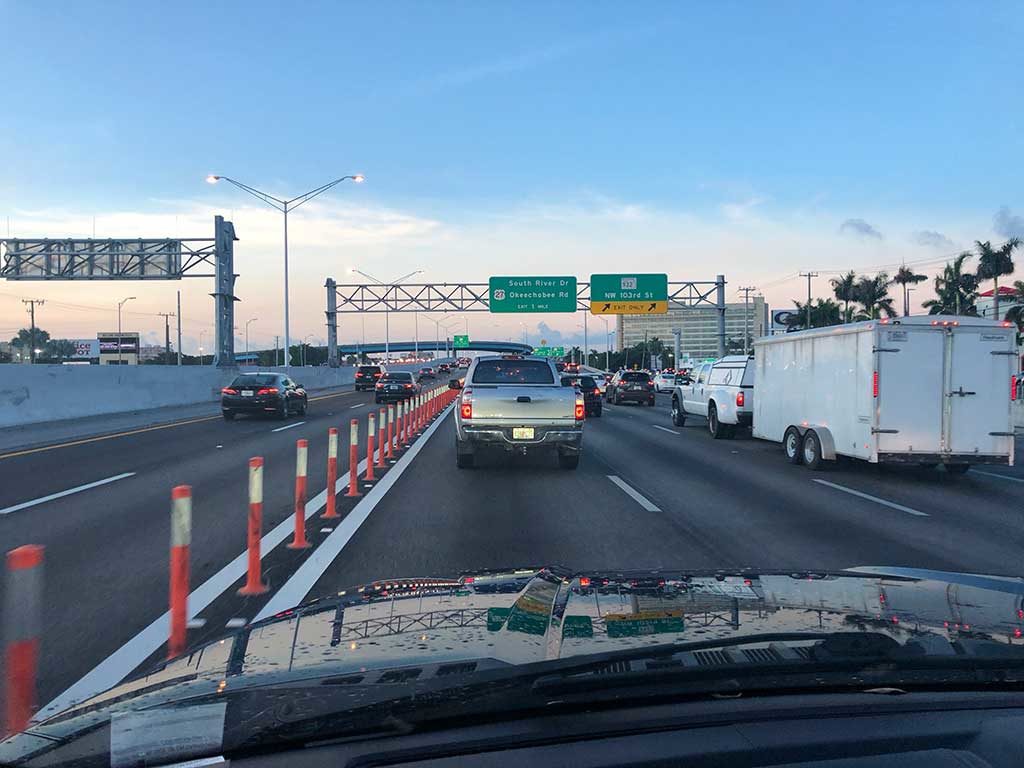 It’s harder to see in this photo due to the traffic, but there are still 7 lanes. 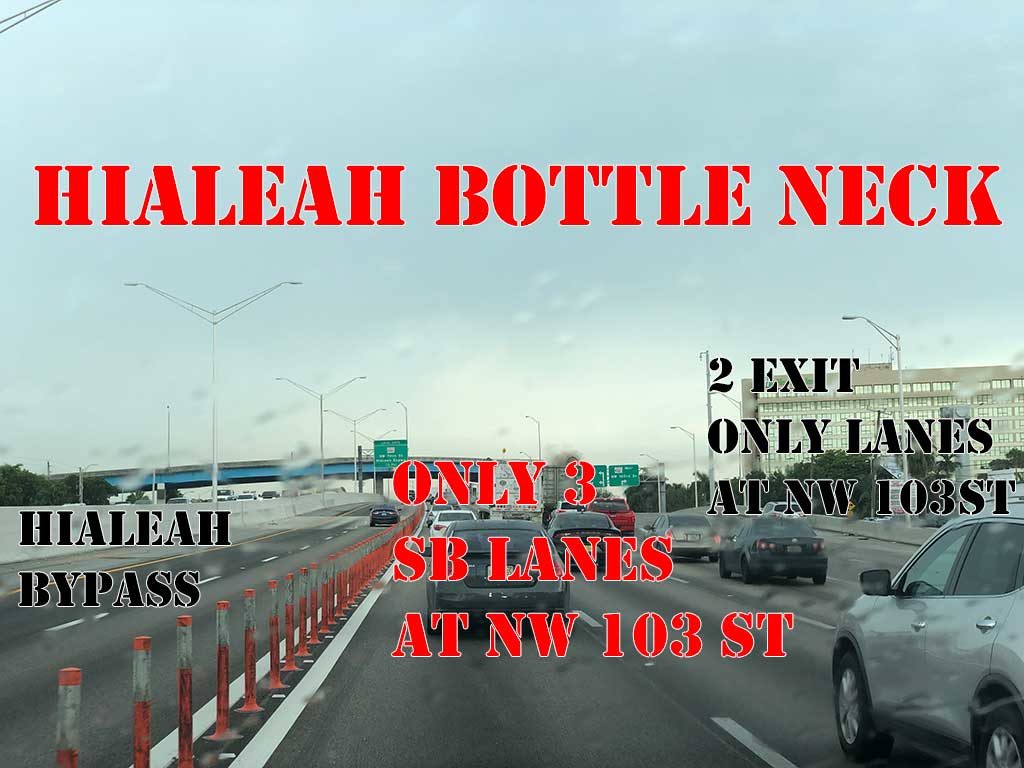 So, for Hialeah residents, the Florida Department of Transportation reduced the amount of free flowing lanes by 25% (from 4 to 3) thus forcing all of Hialeah to use just 3 lanes.  Plus, let’s say you actually wanted to get onto the Hialeah bypass, you can’t.  There’s no entrance into the Hialeah Bypass (aka Express Lanes) from within Hialeah.  So residents of Hialeah are being forced to accept more traffic that is forced onto just three lanes.

Are you surprised that a community that is majority Hispanic, low income, not politically connected got the raw end of the deal in the Palmetto Expressway “improvements?”

So, who’s driving through the 3 lanes of the Palmetto at NW 103rd Street?

So FDOT, in it’s infinite government wisdom, is merging all the traffic from the Palmetto and I-75 and NW 122 street onto three lanes of traffic?  And no one thought this might be a problem?

(NOTE:  For the purpose of this article, we’re only looking at the Southbound lanes of the Palmetto.  We have yet to evaluate the northbound lanes and its impact on current traffic.  We hope it’s not as bad as this government created bottleneck at NW 103 ST.) 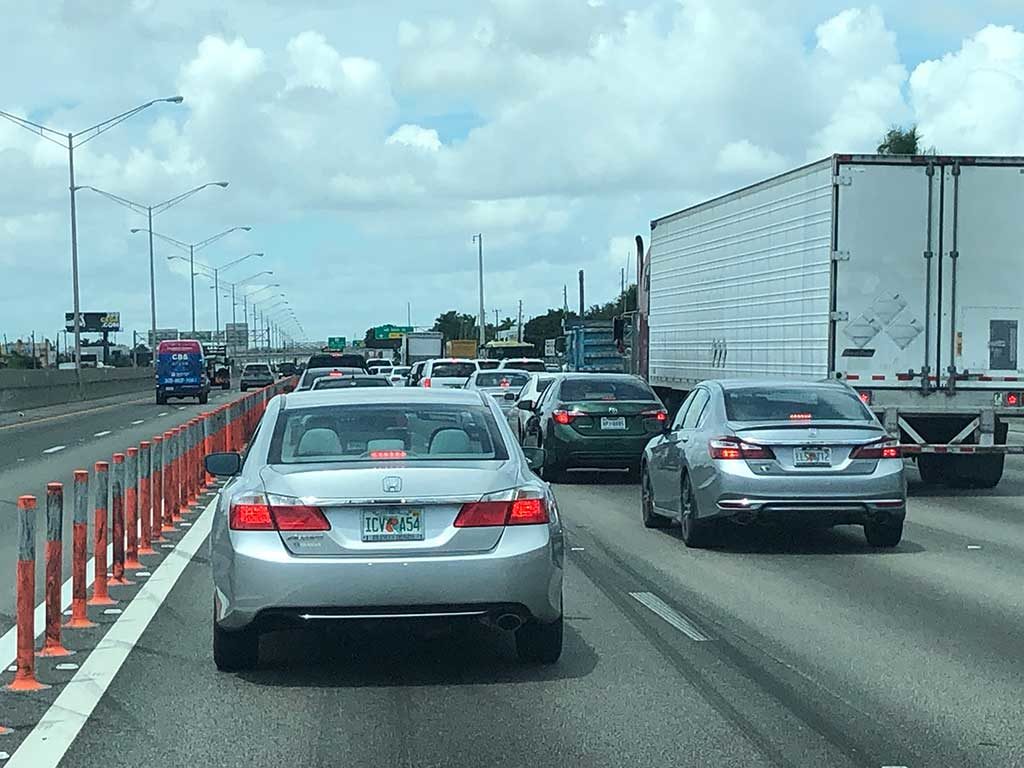 This one seems like the easiest solution.  Reduce the size of the emergency lanes (just like they did on I-95) and add an extra free lane to allow Hialeah residents the same level of highway access they used to have.  This will also help with the rush hour congestion that forms on the Palmetto.

This solutions seems simple enough, but some of the overpass bridges may not be wide enough to support the extra lane.  We’re not engineers, so we’re not going to speculate whether this will work throughout the entire bypass or not, but clearly there are plenty of areas that can support an extra lane by reducing the size of the emergency lane on both shoulders.

Solution 2:  REDUCE THE EXPRESS LANE TO ONE LANE

Reduce the express lanes to just one lane and give an express lane back to the people.  This is a relatively simple solution and provides the best option to allow entry and exit access to Hialeah residents.

But let’s be serious, does anyone think the money hungry people creating revenues from these express lanes want to give an express lane back?

Yeah, I doubt that’s ever going to happen.

Hialeah could really benefit from having 5 free flowing lanes.  Traffic would move a lot smoother than it does today, but if you think giving one express lane is impossible, giving up 2 express lanes is as likely as resurrecting a monument for Fidel Castro on West 49th Street.

This one has a possibility of happening, but like most highway widenings in Miami, by the time the project is done, they need to widen it further.  This is another project unlikely to see the light of day over the next 10 years.

Winners of the new Express Lane:

LOSERS of the new Express Lane:

At the end of the day, the poorest of the poor are getting the shaft. The new express lanes reduced the amount of lanes for local Hialeah traffic thus increasing traffic, increasing backups, increasing congestion, increasing pollution, increasing waste, increasing drive times, and wasting the money and deteriorating the quality of the commute for the lives of the people who could least afford it.